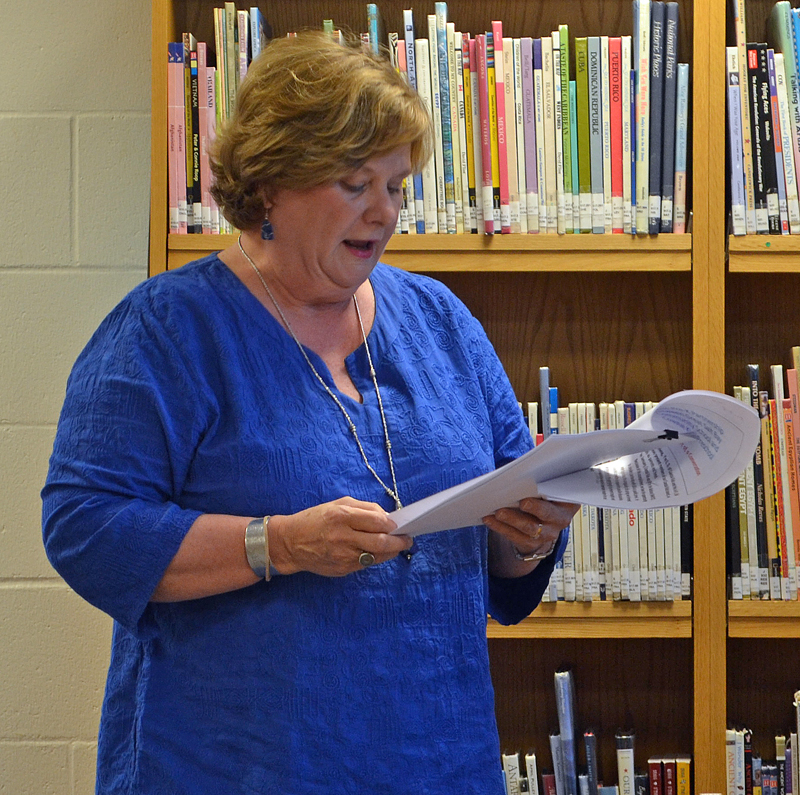 A presentation by Coastal Kids Preschool during the Great Salt Bay School Committee meeting Wednesday, Aug. 9 was “just the beginning of a discussion” about a potential partnership for public pre-kindergarten, according to Executive Director Mimi Reeves.

Reeves, joined by Coastal Kids Preschool Education Director Priscilla Congdon, discussed the Damariscotta preschool’s offerings, its recent national accreditation, and what a partnership with GSB would provide for pre-K students.

Founded in 1995, Coastal Kids Preschool is a fully inclusive, nonprofit preschool serving students throughout the county, Reeves said. About a third of students are children with special needs, and the preschool offers physical and speech therapy, special education, and specialized autism programming.

In January, Coastal Kids Preschool received accreditation from the National Association for the Education of Young Children after a rigorous application process with more than 350 criteria. The accreditation consists of 10 research-based standards, including the promotion of positive relationships, a curriculum fostering all areas of childhood development, and strong personnel, fiscal, and program management policies.

Coastal Kids also became a Maine Roads to Quality Level 4 program, the highest designation offered by the early care and education professional network. In order for a private preschool to partner with a public school for pre-K, the preschool must be a Level 4 program and have accreditation from the National Association for the Education of Young Children, Reeves said.

Reeves shared findings from studies of the benefits of pre-K for students, their families, and the community at large. The studies show that pre-K raises high school graduation rates, reduces crime and delinquency, and leads to higher wages.

“It’s one of the best investments you can make, if not the best,” Reeves said.

Coastal Kids sends “about 12 or 13” students to GSB each year, Reeves said. In September, 16 students from Coastal Kids will be enrolled at GSB.

“I think kindergarten teachers recognize how beneficial it is. They’ve told us that the students we’re sending are ready for school and know how to do things like take turns, share, wait in line, and pay attention,” Reeves said.

If Coastal Kids were to form a public pre-K partnership with any area school, including GSB, the responsibility of paying for the student would fall to the school, not the parents, Reeves said.

The South Bristol School Committee has been exploring ways to increase school enrollment. During a meeting in April, the school committee and the South Bristol Board of Selectmen discussed the possibility of a partnership in which the town would pay tuition for South Bristol residents of pre-kindergarten age to attend Coastal Kids as a way to encourage enrollment at SBS.

The committee did not move forward with the program for the 2017-2018 school year, but Reeves told Mitchell during the Aug. 9 meeting that South Bristol would still be involved in conversations moving forward.

Coastal Kids has two pre-K classrooms that accommodate 16 and 12 students. In the event more students want to enroll, Coastal Kids could begin a “lottery system” for acceptance or explore building another classroom, Reeves said.

“This is just the beginning of a conversation,” she said. “There are a lot of facts and figures to consider, but I think this would be very beneficial, especially to the students.”

Great Salt Bay School Committee Chair Stephanie Nelson thanked the Coastal Kids representatives for the presentation and said there has been “a lot of interest” in pre-K for the last few years.

“You really made an excellent argument for the educational benefits,” committee member Sharon Marchi said, drawing agreement from the rest of the board.

The committee referred the matter to its finance committee, which will look into the topic further and conduct a cost-benefit analysis of a partnership in comparison to an in-house program.

The Great Salt Bay School Committee will hold its next meeting in the school library at 6 p.m., Wednesday, Sept. 13.