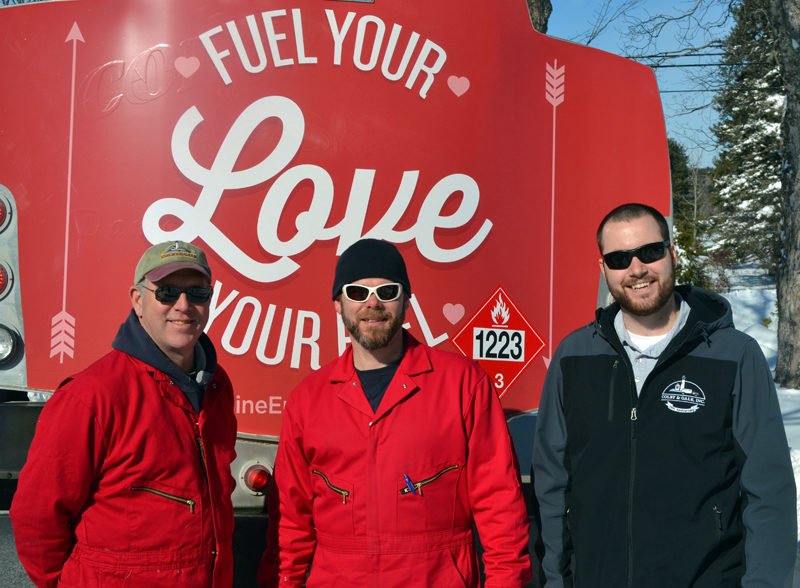 Colby & Gale was one of five oil companies in the state participating in the Maine Energy Marketers Association’s Fuel Your Love event. The program is in its second year after a successful pilot with Augusta Fuel Co. in 2016.

In preparation for the event, Colby & Gale called longtime customers and told them they needed to have their oil tanks inspected.

“We told them it was a mandatory inspection, so that they would be home when we showed up,” said Matt Poole, a manager at Colby & Gale.

One of the Colby & Gale vehicles was decorated in a red vinyl wrap with Fuel Your Love printed in big, white letters. In addition, employees wore red jumpsuits to fit with the theme instead of the typical blue.

When Valentine’s Day rolled around, Matt and his wife and fellow manager, Olivia, trailed behind the Colby & Gale vehicle with chocolates and roses to give to each customer. In addition, all the employees of Colby & Gale signed a card for each recipient.

The gesture was met with surprise and gratitude from the recipients. Georgia Woodman, a Damariscotta resident, greeted everyone with a hug. 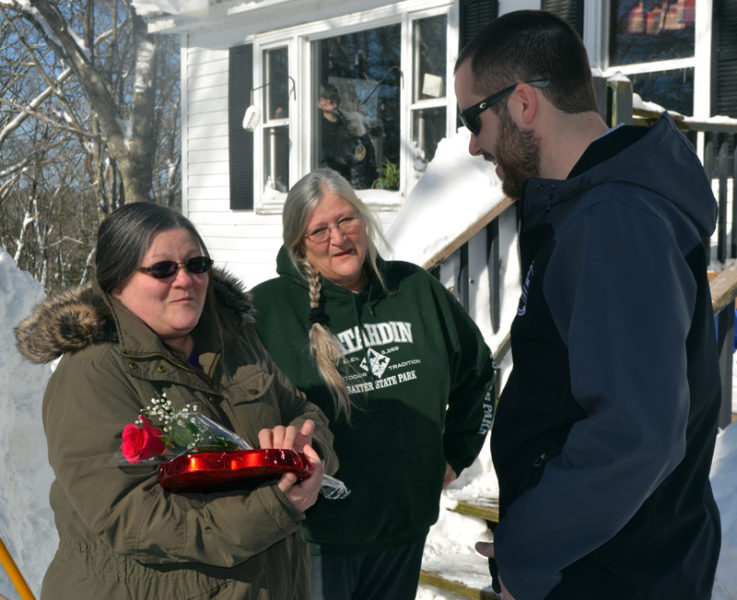 Damariscotta resident Georgia Woodman (left) thanks Matt Poole, of Colby & Gale Inc., for his delivery of flowers and chocolates as her sister, Lori Storer, looks on. On Valentine’s Day, Colby & Gale surprised some of its customers with a free refill of their oil tank. (Maia Zewert photo)

“She really had no idea,” said Lori Storer, Woodman’s sister. “This is just such a nice thing to do.”

Nancy Perkins, of Damariscotta, had called Colby & Gale earlier in the day to request a top-off before the next snowstorm. When Poole presented her with the gifts and told her the refill was free, Perkins beamed.

“This is just such a nice surprise. I don’t know what to say!” Perkins said. “We don’t even celebrate Valentine’s Day.”

“It’s just so heartwarming that they would do this,” said Patsy Dufresne, Perkins’ roommate.

Due to Monday’s snowstorm, there was concern that some of the recipients’ driveways would not be accessible. Colby & Gale plowed and sanded driveways in order to make deliveries, owner and President Robert Clifford said.

“After all, we can’t cancel Valentine’s Day,” Clifford said.