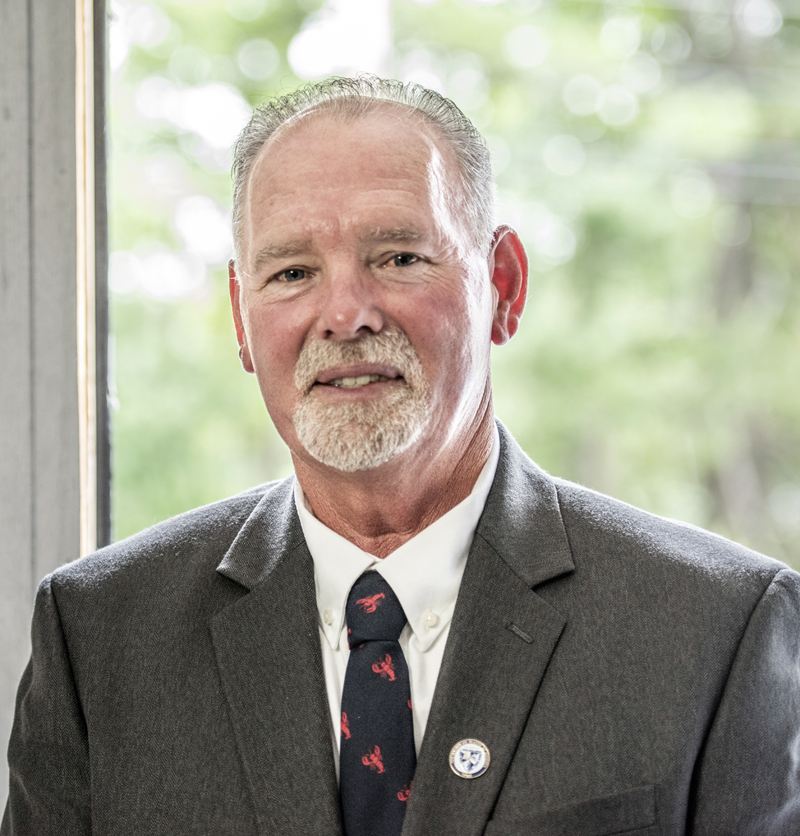 Clinton E. Collamore Sr., D-Waldoboro, candidate for House District 45, has strong opinions on issues facing Mainers that are born out of his life as a lobsterman, his career at Bath Iron Works, and his service on town boards and committees.

Collamore thinks things have gotten way too political these days and points to how “political party hats” are left at the door when working at the municipal level. He wants that to be a guiding principle at the state level too.

“You just work to get the people’s work done,” he said. “I can’t control what they do in Washington … but we’re talking Maine … it’s local politics and we ought to focus on that.”

Collamore is a fourth generation lobsterman, fishing the same harbor his father and grandfather fished. He was born at what is now LincolnHealth’s Miles Campus in Damariscotta and grew up in Bremen on the Bremen-Waldoboro line. He graduated from Medomak Valley High School and returned to school when he was in his 30s to obtain a bachelor’s degree in public administration from the University of Maine.

When Collamore registered for the selective service as a young man, he took the Armed Services Vocational Aptitude Battery, a standardized test the army uses to determine the best role for potential recruits. He scored high on maritime topics and was advised to consider employment at a shipyard.

Collamore decided to interview at Bath Iron Works where his mechanical aptitude got him a job. He told his employers at BIW that “as soon as the price of clams and lobsters gets up a little bit, I’m outta here.” He left 23 years later.

Collamore was involved in the labor movement during his time at BIW. He started as a shop steward in a 300-person department, moved up to recording secretary, served on the safety committee and the grievance committee, and ultimately spent a year as the president of the machinists’ union. At one point, Collamore found himself negotiating a contract for 6,000 shipyard workers.

“I never pictured myself in any of that,” he said.

Collamore also got involved in local politics, running for a seat on the Waldoboro Select Board in 1989, winning after a recount put him up by one vote. He spent a total of around 18 years on the board and served on multiple committees including the comprehensive plan committee and the shellfish committee.

As a frequent chair of the board he was involved in a number of long-term projects that were critical to the town’s growth, such as moving the sewer plant away from the river; the expansion of the town office; procuring a new ambulance and upgrading emergency medical services; taking over ownership of the water company; building new public ball fields; and the establishment of a safe, permanent public works garage.

Collamore is proud of those accomplishments, of his role in communicating the need and “getting the ball rolling.” However, he gives credit to all the people who put in the work and saw those projects through to completion.

As a lobsterman Collamore has strong opinions on the fishing industry. For him it’s about the future. He has a son who has been on the waiting list for a lobster license for 12 years. He’s got an 11-year-old grandson he sponsors for a student license.

“I’m on the other end of it,” he said. “But it seems like there’s not a lot looking out for (future generations) … when you come up with laws and rules, you have to think for them too.”

He isn’t convinced that new laws are needed, with as many as are already on the books.

“The lobstermen have jumped through all of these hoops all of these years,” he said. “I think the whales ought to be protected absolutely but to make a court case and say it’s the lobstermen doing it? It’s not.”

Collamore has served on lobster zone councils and “been around the water forever.” Those two experiences have given him exposure to not only the regulations on the books but also to how they apply in practical situations.

Collamore said he has watched some of the hearings on the right whale issue and “I don’t think it breaks it down enough,” he said. He believes accurate information and clear communication are important for the industry and that more fishermen need to be involved in the process.

“I just think there’s so much hearsay out there and it’s not communicated well,” he said. “You can’t get two fishermen in the same harbor to say the same thing.”

Collamore wants to cut through the misinformation and find common ground, something he has experience with from his days at BIW.

Having bought three homes, including his first house purchased when he was 18 for $3,800, affordable housing is an issue Collamore takes to heart.

Collamore believes communities need to be involved in the solutions. He envisions finding ways to help municipalities set up grant-funded, first-time buyer programs or helping towns work through zoning issues to encourage the building of neighborhoods specifically dedicated to work force housing.

“You got to look at all options for sure,” he said. “I don’t think the population is going down.”

Collamore has concerns about the changing climate and the impact it’s had on Maine’s industries. He pointed out that Maine has already lost the shrimping industry, that scalloping is limited, as is ground fishing. Herring is becoming rarer.

“You’ve got to pay attention to science,” he said. “Whether we want to or not we’ve got to at least listen … The stakes are real.”

That science is impacting more than the coastal areas, Collamore said. He has a brother who lives inland who “can’t have a garden, can’t go hunting, can’t use the water, can’t use his land” because of the polyfluoroalkyl substances, or PFAS, a group of persistent chemicals that have been found in the soil and groundwater of a number of Maine farms and that pose potential health risks to humans and the environment.

Protecting Maine’s natural resources, both coastal and inland, is a critical issue for Collamore. The Legislature has a Committee on Environment and Natural Resources and he wants to hear their findings and, if indicated, implement regulations to protect the state’s waterways.

“We have no choice,” he said. “Everything in Maine, it all goes to the water.”

As winter approaches, Collamore is worried about Mainers with fixed incomes, seniors, people who depend on fuel oil to stay warm. He wants to look into options for more cost-effective solutions, whether it be investing in heat pumps or considering natural gas, but recognizes that there is a more immediate need.

Collamore noted that society has changed in ways that can make it more difficult for seniors in particular and he sees them struggling.

They’re not necessarily the people that are going to come and ask for anything,” he said. “That’s definitely a Maine thing.”

He sees an opportunity for more effective communication around existing programs, citing community navigators and town select boards as models that protect people’s privacy and respect their need for autonomy.

Collamore wants to find ways to highlight how such programs provide confidential, caring, and respectful help by promoting them with community outreach, mailings or public service announcements.

Collamore has seen the toll of opioid addiction firsthand. He described finding a young man he knew hanging from a nail in a garage. Collamore took him down; the experience has stayed with him.

“I would be a big advocate to make sure we do something about that,” he said.

For Collamore, expanded access to health insurance is one way to help. Removing the stigma of addiction is another.

“It’s almost like people know about it but … don’t want to touch it,” he said about how friends or family members sometimes avoid addressing someone who may be in crisis.

Collamore wants to get the word out about places people can turn to and he wants to make it easy to reach out for help. He cited dialing 211 as an example. The easily recognizable number refers callers to local substance abuse programs based on their zip code and the calls are confidential.

“If someone can just reach out … I think that does so much more than anything else,” he said.

Collamore lives in Waldoboro with his partner, Rhonda. He has two children and five grandchildren.

He is a member of the Maine Lobstermen’s Association, the Waldoboro Masons, and the Rockland Elks Lodge. He is also a lifetime member of the Sportsman’s Alliance of Maine.

Collamore is endorsed by the Maine branch of the American Federation of Labor and Congress of Industrial Organizations, the Maine State Employees Association, and Planned Parenthood of Maine.

The election will be held on Tuesday, Nov. 8.