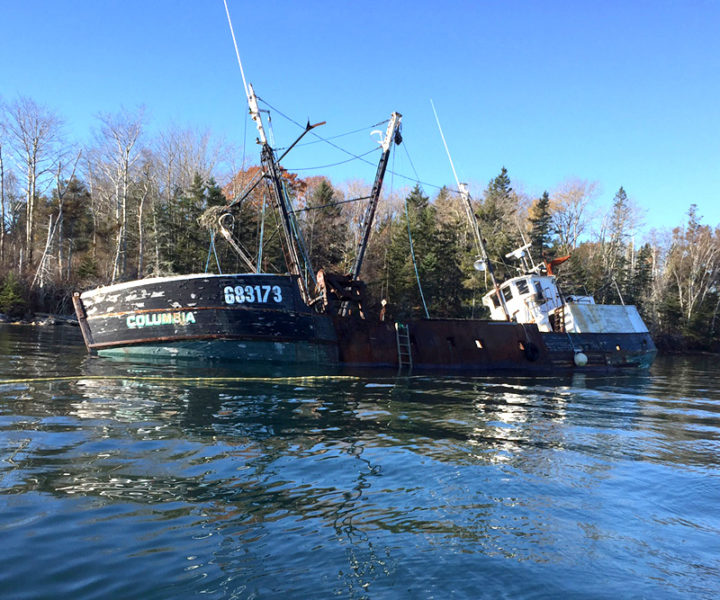 The Columbia off Louds Island. The fishing vessel appears to be hung up near the shoreline of the Muscongus Bay island. (Photo courtesy Melanee Osier-Gilbert)

The fishing vessel Columbia, formerly a resident of Pemaquid Harbor in Bristol and Greenland Cove in Bremen, is reportedly aground near the shore of Louds Island.

Bremen Harbor Master Melanee Osier-Gilbert said the boat appears to be resting on its side and remained aground during the “king tide” Tuesday, Nov. 15. The boat first broke one of its moorings and ran aground about a month ago.

The Maine Department of Marine Resources and the U.S. Coast Guard did not respond to inquiries by press time.

The Columbia was abandoned in Pemaquid Harbor in early 2014; acquired by Doug Wood, of Bremen, in November 2015; and moved to Greenland Cove in Bremen. Osier-Gilbert, however, denied a mooring permit for the 90-foot vessel and ordered it moved. The boat has been moored off Louds Island since.