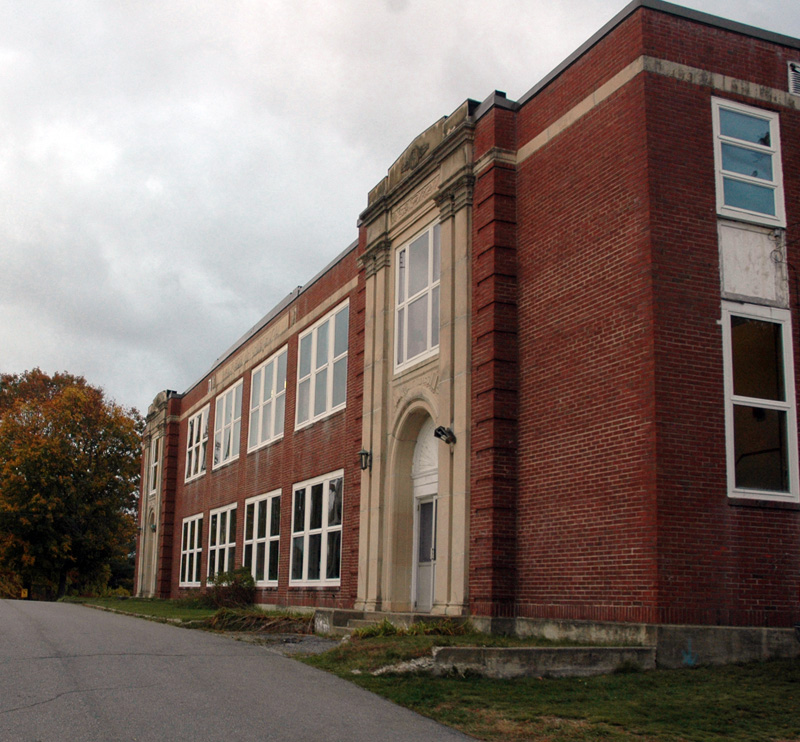 The board of the Medomak Valley Community Foundation may pursue a petition drive to enable its purchase of the former A.D. Gray School from the town of Waldoboro. (Alexander Violo photo)

The Medomak Valley Community Foundation will discuss a petition drive to give voters the option to sell the A.D. Gray building to the foundation for $1, according to foundation board member Seth Hall.

Hall raised the prospect of a petition at the Waldoboro Board of Selectmen’s meeting Feb. 13. On Friday, Feb. 16, in a post to the Facebook group Enhance Waldoboro, he said the foundation had decided to launch a petition drive.

Hall later said the foundation’s board would make a decision regarding the petition at its meeting Wednesday, Feb. 21. He said Waldoboro attorney Natasha Irving was reviewing the language of the petition.

For over a year, Hall and the community foundation have expressed interest in converting the former A.D. Gray School into a community center. The foundation would raise funds to rehabilitate the vacant structure in the heart of downtown Waldoboro.

In January, the Waldoboro Board of Selectmen voted to pass on the offer from the foundation and aggressively market the property.

If the foundation board decides to go forward with the petition, the group would look to quickly collect the roughly 225 signatures required to put an article on the warrant for the annual town meeting by referendum in June, according to Hall.

Hall provided the tentative wording of the petition: “Shall the Town of Waldoboro sell the former A.D. Gray School building and property (Lot U4-63), to the Medomak Valley Community Foundation for one dollar ($1)? The MVCF’s intention is to rehabilitate the property and create a Waldoboro Community Center therein.

“No taxpayer funds would be sought or used for this rehabilitation project, and the Town would no longer be financially or legally responsible for the building or property.”

Town Manager Julie Keizer said she does not know if the results of such a vote would be legally binding. She said she planned to attend the foundation’s board meeting Wednesday.

At a workshop on A.D. Gray held prior to the selectmen’s meeting Feb. 13, Bill Najpauer said  the property likely would have sold already if there was significant interest in it.

He said the selectmen could issue a request for proposals to sell the property, as its low value might not attract real estate agents who earn a percentage of a property’s sale price.

Najpauer and his colleague Max Johnstone work with the Midcoast Economic Development District, which Waldoboro contracts to provide planning services to the town.

Najpauer estimated that it would cost the town around $200,000 to clear the property, a figure the town would be unlikely to recoup through the property’s sale.

Hall said the foundation had hoped to lease the property from the town during renovations, but that does not appear to be an option after the selectmen voted to keep the building on the open market.

“Theoretically, what we had been talking about for the last 18 months was to lease the building for $1, but because the select board is not willing to do that, we feel it is much safer to purchase the property for $1,” Hall said.