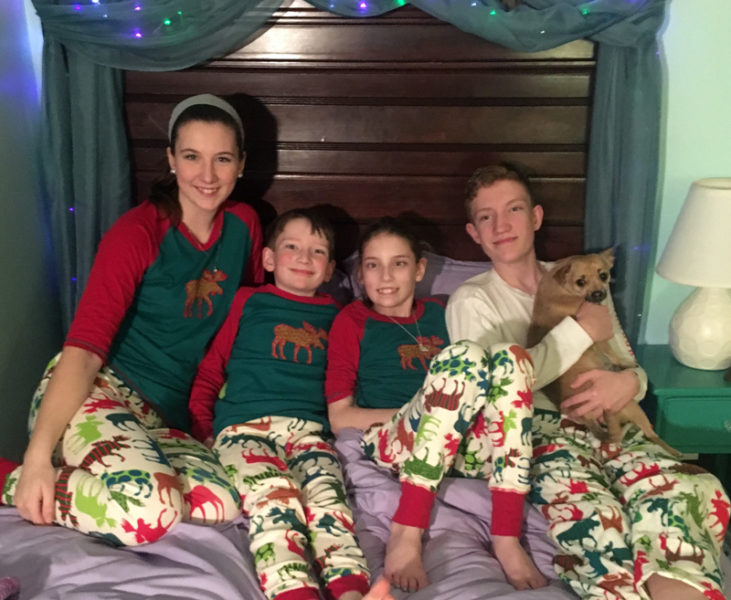 After almost two months at the Barbara Bush Children’s Hospital in Portland after surgery to remove a brain tumor, 12-year-old Alice Skiff was discharged to spend Christmas with her family at their Newcastle home. From left: Margaret, William, Alice, and Gardner Skiff. (Photo courtesy Linda Skiff)

Since the discovery of a tumor the size of a large walnut in 12-year-old Alice Skiff’s brain at the end of October, Alice and her family have received an outpouring of support from friends and community members.

On Tuesday, Oct. 25, Alice went to the eye doctor after feeling some pressure behind her eye. The doctor ordered an MRI, which revealed a tumor approximately the size of a large walnut under Alice’s cerebellum. The cerebellum, located in the lower, rear portion of the brain, plays an important role in posture, balance, and coordination. 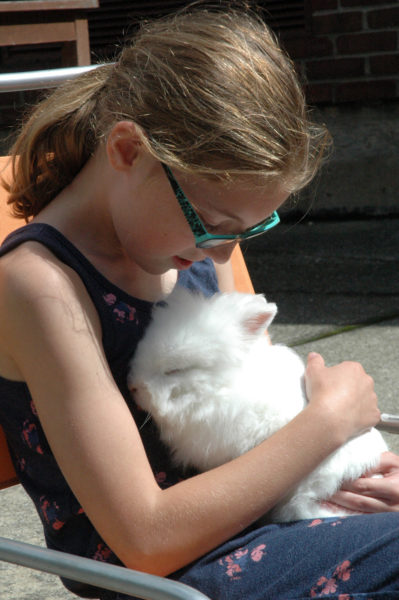 Linda Skiff, Alice’s mother, learned about the tumor at about 9 p.m. Tuesday.

“That night I couldn’t tell her,” Linda said. “I had to let her go to bed as Alice without the brain tumor one more time before she knew. It was absolutely horrible to have to live silently with the information. I woke up the next morning hoping it had all been a nightmare.”

The next morning, Alice woke up with a headache. Linda took her to the emergency room at LincolnHealth’s Miles Campus in Damariscotta. The hospital contacted the Barbara Bush Children’s Hospital at Maine Medical Center in Portland. Alice was admitted to the hospital later that day.

Alice’s tumor is a type of medulloblastoma, a fast-growing tumor, according to the American Brian Tumor Association. The exact cause of the tumors is not known.

Neurosurgeon Dr. James Wilson was able to remove the entire tumor in an operation Friday, Oct. 28. A follow-up MRI showed no remnants of the tumor.

“It isn’t like a simple surgery where they wake up and eat a popsicle. She was in a serious medical condition,” Linda said. “There was no way as a parent I could ever be prepared for that. It is very heartbreaking and very scary.”

Alice’s abilities are returning, but it will take a long time in therapy to regain all of her skills, Linda said.

Alice remained at the Barbara Bush Children’s Hospital for a few months after the surgery, undergoing physical therapy, occupational therapy, and speech therapy to regain her abilities. She is currently three weeks into radiation treatment and receives weekly chemotherapy. When radiation concludes in three more weeks, she will begin a more intensive chemotherapy cycle, Linda said.

In addition to her siblings and parents, Alice has received visits from friends and communicated with other members of her family while at the hospital. On a few occasions, Rocky, the Skiffs’ dog, has been smuggled into the hospital to see Alice, which has been a great help, Linda said. 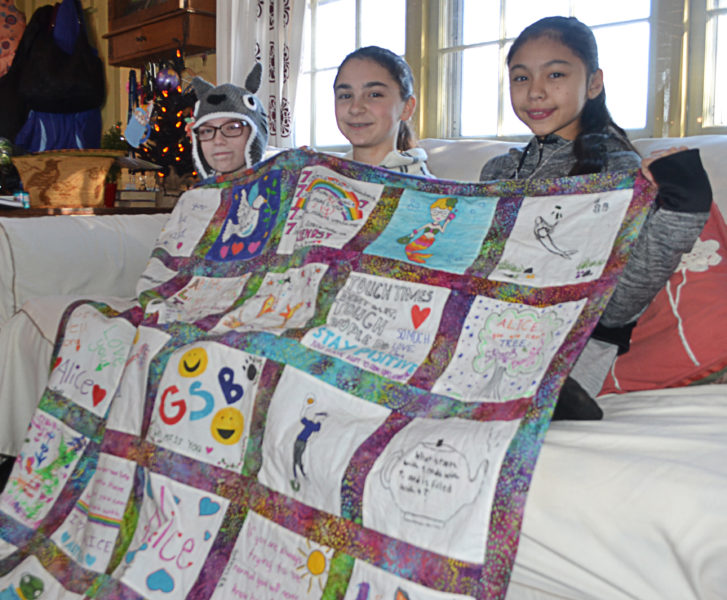 Alice’s classmates at GSB sent a care package of stuffed animals, books, and homemade cards. Some of the students, faculty, and staff made a quilt for Alice with squares depicting her favorite hobbies, including softball and cheerleading, as well as squares with inspirational quotes and mermaids.

A bottle return is set up at the Nobleboro-Jefferson Transfer Station, with proceeds going to the Skiff family, Pennington said. The CLC YMCA and Bristol Consolidated School had tables at their holiday craft shows for Alice.

At GSB, a group of eighth-grade girls who eat lunch with Alice organizes fundraisers to help the family, with the goal of raising more than $1,000. Some of the fundraisers included pajama day, twin day, and activities at basketball games.

The girls and Sheri Simmons, who teaches math to grades seven and eight at GSB, presented the ideas for the fundraisers to Principal Kim Schaff. After she approved the requests, the girls had one final pitch.

“They had this long list of ideas, and at the very end, they said, ‘Can we duct-tape you to the wall?’” Schaff said. 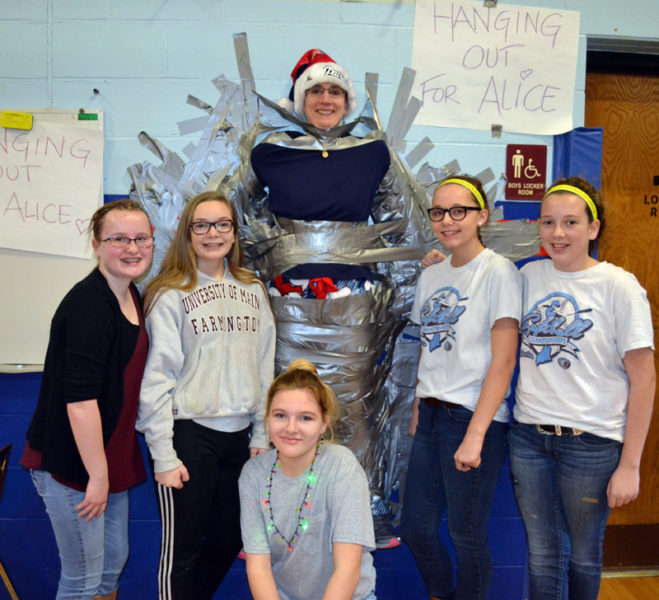 During a school-wide assembly before winter break, students and staff paid $1 for a piece of duct tape to stick Schaff to the wall. After Schaff issued a challenge, two teachers, Kyle Feltis and John Morneau, each paid $20 to put a piece of tape over their principal’s mouth.

Schaff said she agreed to participate in the event to help Alice.

“It’s about bringing our school together to help our student. It’s all for a good cause,” Schaff said. “Agreeing was easy.”

Schaff’s comments reflect the feelings of the AOS 93 district, according to Superintendent Steve Bailey. Linda works in the AOS 93 Central Office.

“It’s been tremendous to see the level of support for the family, not just from GSB, but from other schools and the central office as well,” Bailey said. “The board members of each of the schools have also been very supportive and sensitive.”

Linda said the outpouring of love and generosity from the community has been “awe-inspiring” and has “helped immensely.”

“This truly is one of the best places to live,” Linda said.

Alice was discharged from the hospital in time to spend Christmas at home in Newcastle with her family. She was surprised and delighted by one of her Christmas gifts, a kayak purchased jointly by friends of the family and staff members at The Bradley Inn in New Harbor. 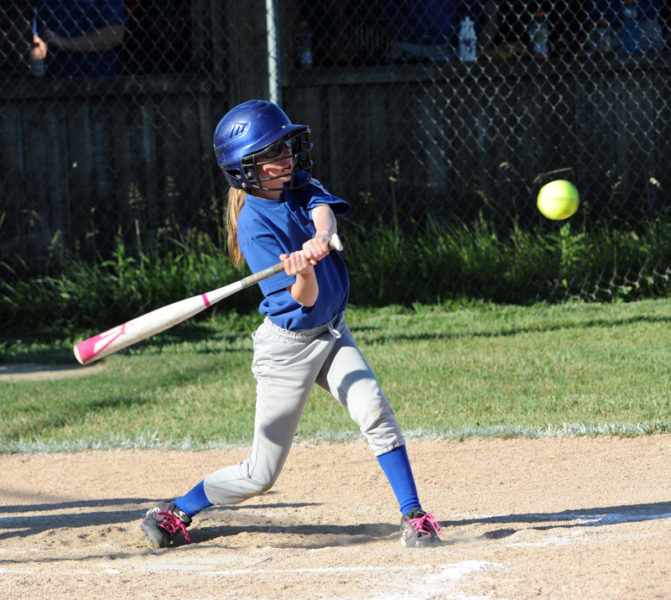 Alice’s favorite part of the holiday, however, was being able to spend Christmas at home with her family, she said.

Alice is continuing her speech, occupational, and physical therapy in Portland. She misses school, especially seeing her friends, recess, and reading, she said.

“Alice is very goal-oriented and will keep working hard until she gets to where she wants to be,” Linda said. “She really wants people to know she is still a normal kid that has to go through extraordinary treatments, but she is still the same normal kid inside.”

To donate to the Skiff family GoFundMe account, go to gofundme.com/skiff-family-fund. Donations are also being accepted at the First National Bank. For more information, contact Kate Pennington at lovingaliceskiff@gmail.com.