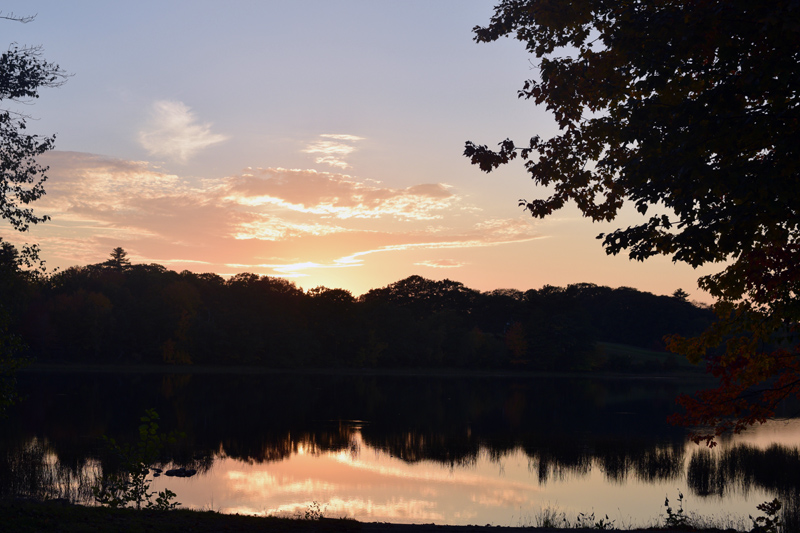 Clary Lake from the Jefferson boat launch in fall 2018. Midcoast Conservancy plans to apply for a federal grant to research the feasibility of fish passage to Clary Lake via the Clary Lake Dam. (Jessica Clifford photo, LCN file)

Midcoast Conservancy plans to apply for a federal grant to study the feasibility of fish passage at the Clary Lake Dam in Whitefield.

The Whitefield Board of Selectmen signed a letter of support for the grant March 12.

Midcoast Conservancy is applying for a Coastal and Marine Habitat Restoration Grant from the National Oceanic and Atmospheric Administration’s Community-based Restoration Program.

A total of $6 million is available for the grants in 2019, according to a NOAA Fisheries press release. The application is due April 16.

“We support Midcoast Conservancy’s efforts to develop plans to provide fish passage, establish safe public access to the river, and take steps to preserve the history of the site,” the selectmen said in the letter.

Midcoast Conservancy hopes to gather formal support from organizations such as the Clary Lake Association, which owns the dam.

The multiple-year restoration project includes removal of the Coopers Mills Dam in Whitefield, already complete; upcoming modifications to and repair of the Head Tide Dam in Alna and the Branch Pond Mill Dam in China; and improving safe river access and restoring mill history in those areas.

The initiative is being led by Midcoast Conservancy, the Atlantic Salmon Federation, and The Nature Conservancy.

For this proposal, Midcoast Conservancy plans to continue its partnership with both organizations.

“What we are thinking right now is we want to do studies and see what options we would have,” Nemeth said. “We would want to work with an engineer to do that study.”

According to a NOAA press release about the grant, the organization is “seeking proposals from non-federal partners for habitat restoration projects that will restore coastal ecosystems. The selected project will support species recovery and help rebuild fish populations, and likely yield community and economic benefits.”

The Sheepscot is “a river from top to bottom that can be home to all 12 species of sea-run fish, that include endangered Atlantic salmon, river herring, and endangered sturgeon down in the estuary,” Nemeth said. “It’s such a sensitive ecosystem … it becomes a high priority for restoration because it would benefit so many species of fish.”

Clary Lake is 650 acres, she said, a large lake that “has zero fish that have access because the dam is a barrier for fish to jump.”