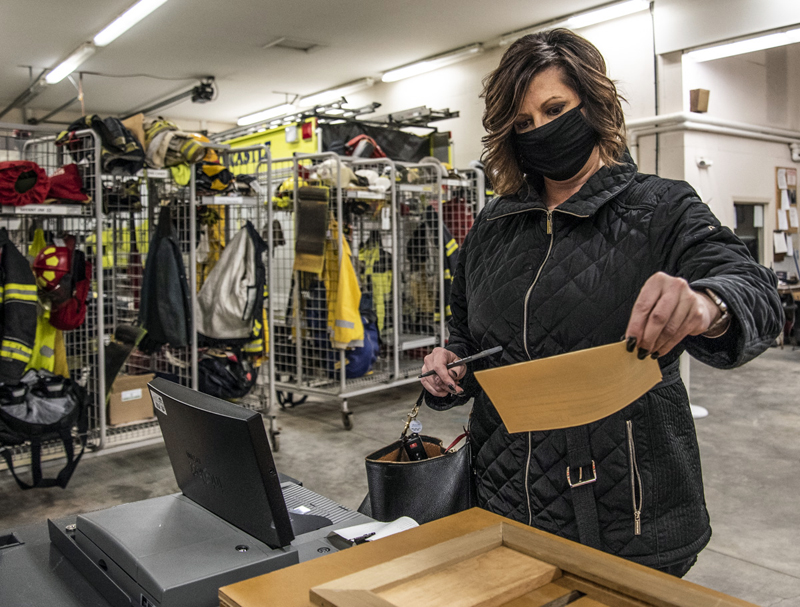 Newcastle voters approved a new Core Zoning Code and a new roads, driveways, and entrances ordinance by a vote of 668-625 in a special referendum on Election Day, Tuesday, Nov. 3.

The vote also repeals and replaces eight separate “core modules” of the land use ordinance in order to make them stand-alone ordinances. The eight modules have not been changed and are simply being carried over from the town’s current land use ordinance. The changes will take effect Jan. 1.

The intent of the code is to create a regulatory framework for new building and development that will line up with the goals outlined in the comprehensive plan passed by voters in 2018 by a nearly 2-to-1 margin.

The comprehensive plan passed by the town and the matching regulations, first in the form of a character code and now the Core Zoning Code, were developed through a six-year outreach and planning effort.

Also in 2018, a character code intended to replace the current land use ordinance was voted down, leaving the town with a land use ordinance — first drafted 48 years ago, in 1972 — that does not comply with the comprehensive plan.

The zoning map included in the code separates the districts by lots, so no parcel is divided between districts.

Each district has different allowances regarding the types of buildings, additions, and accessory structures that can be built, as well as differing frontage, setback, and lot size requirements.

In the lead-up to the vote, there have been active campaigns for and against the code, with mailers, newspaper advertisements, and road signs advocating for and against.

The Newcastle selectmen and the committee that developed the code have defended it as a necessary replacement to the outdated and patchwork land use ordinance currently in place.

Rem Briggs, vice chair of the Newcastle Planning Board, said the core code also simplifies and eases many of the standards and regulations from the failed character code.

The selectmen have also said they believe the new code will allow for more business development to occur in Newcastle while maintaining the town’s rural character.

However, opponents of the code feel it will hurt existing businesses and prospects for business development.