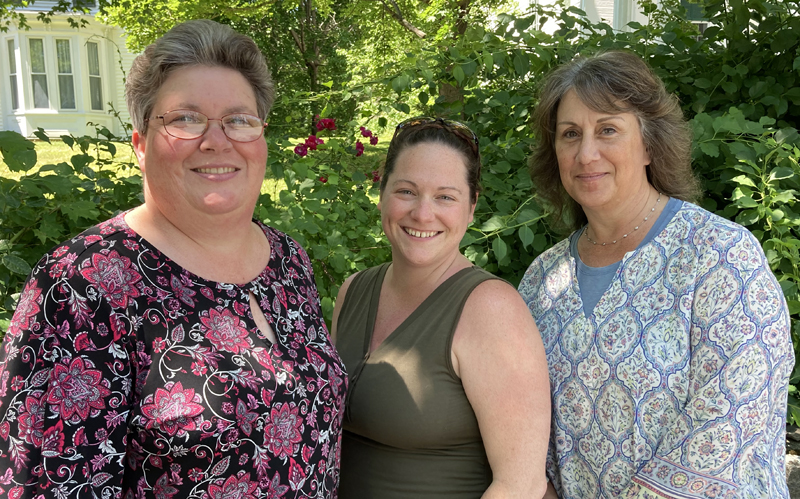 Lincoln County will have a few relatively easy decisions in the upcoming election, with a few candidates seeking office unopposed.

Treasurer Michelle M. Richardson, R-Alna, is seeking election for a four-year term after being appointed to the position by Gov. Janet Mills in 2021.

Moore is seeking her third term as register of probate.

County probate courts handle adoptions, estates, guardianships for adults and minors, name changes, and other matters. The register of probate is responsible for the day-to-day operations of the probate court as well as the maintenance of state law-required records.

Moore began her career with Lincoln County in 2006, when she began working part time for the registry of deeds. Within six months, she had transferred to the probate office where she worked as a clerk and later as a deputy. Voters elected her as register of probate in a three-way race of write-in candidates in November 2014.

Since she took office eight years ago, Moore’s main mission has been to get all of the probate records dating back to 1760 online and accessible at maineprobate.net. All names have now been indexed.

Moore enjoys coming to work every day, crediting both her love of the job as well as the relationships she’s formed with other county employees.

“We all have a great working relationship,” Moore said. “Everyone pitches in and helps out.

Moore is a 1989 graduate of Lincoln Academy and has an associate degree in business. She and her husband, Matt, live in Jefferson.

When not at work, Moore relaxes by tending to her 60-by-60 foot garden and spending time Emma, her 10-year-old golden retriever.

The county hired Richardson in March 2016 to replace Carrie Kipfer, who had been promoted to county administrator.

Richardson has an accounting degree from Southern New Hampshire University and 15-plus years of experience in finance, including nine years in government. Before coming to Lincoln County, she served as accounting manager for Sagadahoc County.

Richardson is seeking election to keep the county on the path of financial stability.

“When I first started in 2016, the county was borrowing within the first 30 days in the budget year … for general operations. As of 2020, we are a non-borrowing county,” Richardson said. “We’ve gotten to the point where we have that fiscal strength.”

Richardson said she is constantly reevaluating processes to keep the county on the right path.

“I spend taxpayer dollars like I spend my own money … I can be frugal and tight with the purse strings,” Richardson said.

When not at work, Richardson enjoys fishing and running around with her two children.

Wotton is seeking her fourth term as register of deeds, a position that is responsible for receiving and maintaining the county’s property records, such as deeds and foreclosures.

Wotton has worked at the Lincoln County Registry of Deeds office for almost three decades. She first joined as a clerk, then became deputy register for about seven years before being appointed to her current position in September 2009 after the previous register retired.

After Wotton was reelected in 2018, she and the department’s deputy worked with a vendor to make it possible for them to work from home.

“There used to be eight people in the deeds office … and then it was myself and the deputy, and it was scary to think what was going to happen if one of us couldn’t make it in,” Wotton said. “We put the entire thing in place and it (worked) flawlessly about a year before COVID hit. It was just … so strange how it all played out.”

Wotton has been working with another vendor to digitize all microfilm from 1761 to 1915, which she said should be ready to go in the fall.

In her spare time, Wotton helps her husband and sons at Wotton’s Lobster Wharf in New Harbor. Her main hobby is chasing her 2-year-old granddaughter.