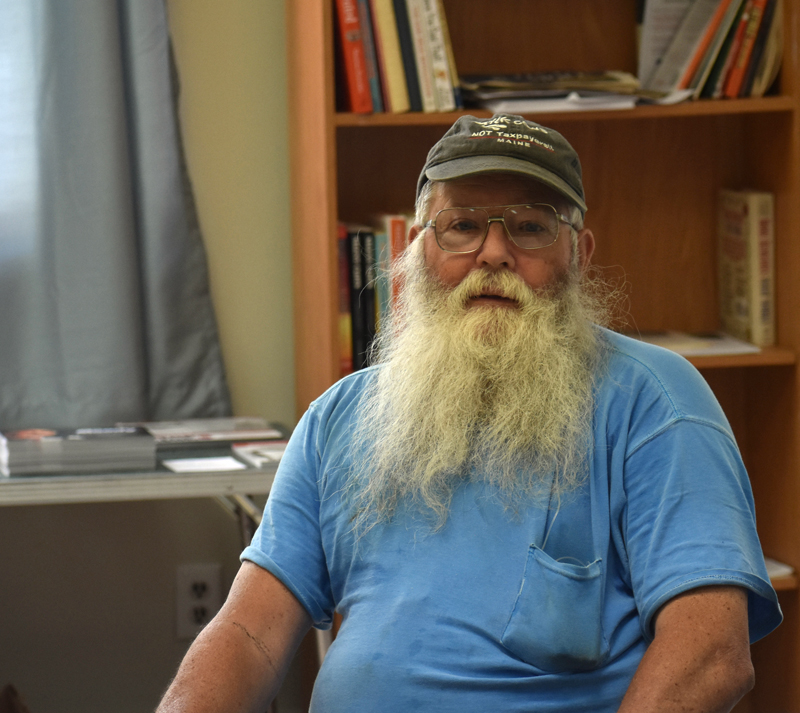 The new chair of the Lincoln County Republican Committee is challenging a six-term incumbent county commissioner.

Melvin Williams, 65, of Waldoboro, is a retired dairy farmer and represents Waldoboro on the RSU 40 Board of Directors. He is running for a four-year term representing District 2 on the Lincoln County Board of Commissioners.

Williams grew up in Thomaston. He graduated from Georges Valley High School in 1971 before moving to Waldoboro and purchasing a dairy farm on Friendship Road, where he has lived for 42 years.

“When I was 20 years old I bought a farm in Waldoboro. I wanted to be a dairy farmer and there was no land available in Thomaston,” Williams said.

Williams has been married to Carol, a registered nurse at Pen Bay Medical Center in Rockport, for 44 years.

Today, Williams has 13 donkeys on his farm, but no more dairy cows. When the farm was operational, he had 100 head of cattle, 40 of which were used for dairy production.

Though he is retired, Williams said he still works with the Maine Farm Bureau. He received the organization’s 2014 award for outstanding and dedicated service and is the chair of the bureau’s search committee for its next president.

Williams said he has worked with the farm bureau for 40 years and is one of the organization’s state directors for Knox and Lincoln counties.

He said he is proud of his efforts, with the bureau, to get a sales tax exemption on diesel fuel for farmers. He worked to get the bill passed in the Legislature and signed into law by the governor.

Williams said he decided to run for commissioner after being approached on the matter at a meeting of the county Republicans.

“Competition is great. It is not a matter of me winning personally, but of giving people a choice. I feel any race, whether it’s for selectman or school board, we need competition. It gives voters a choice,” Williams said.

If elected, Williams said he would bring a pragmatic approach to the county budget.

“I would like to keep the budget tight. Yes, we have to spend money, but every penny counts,” he said.

Williams knows he would face a learning curve, but would do his best to learn the ropes.

“I think all branches of government, from the town all the way to D.C., have an awful spending habitat,” he said.

Williams expressed concern about the cost to house inmates from both inside and outside Lincoln County at Two Bridges Regional Jail in Wiscasset. A board with equal representation from Lincoln and Sagadahoc counties oversees the jail, and two of the three county commissioners sit on the board.

“Incarcerating people costs a lot of money. I don’t know what the answer is, but I hope I can find one,” Williams said.

Williams said housing inmates from outside the county  is not necessarily a way for the county to make money.

“There has got be something better than what we are doing,” Williams said.

“It’s a big problem. We’ve tried to tackle it, but I don’t see any massive solution to it. It is a lot like the alcohol problem we have had for many, many years,” Williams said.

“They started the outreach program and (have) done a great job with it, and I feel I will be in support of that program,” Williams said.

Williams spoke highly of county services, including animal control and the sheriff’s office.

“Everybody is always looking for more services and I think the county has done a great job with animal control. They’re Johnny-on-the-spot,” Williams said.

He said the sheriff’s office costs a substantial amount of money, but provides a necessary service and covers a lot of ground with finite resources.

“Two  deputies can’t be everywhere at once, but they do as much as they can, putting someone in the southern portion and one in the northern part of the county,” Williams said.

Williams said he entered the political arena after his health curtailed his farming career.

“I got involved in politics when I lost my leg and couldn’t farm. I’m not one to sit and do nothing,” Williams said.

In the past, Williams has run unsuccessfully for the Republican nomination for House District 91 in 2016 and for the Waldoboro Board of Selectmen in 2017.

He is in his second year as a member of the RSU 40 board.

The former vice chair of the Lincoln County Republican Committee, Williams took over the chairmanship in early August after Joe Grant stepped down.