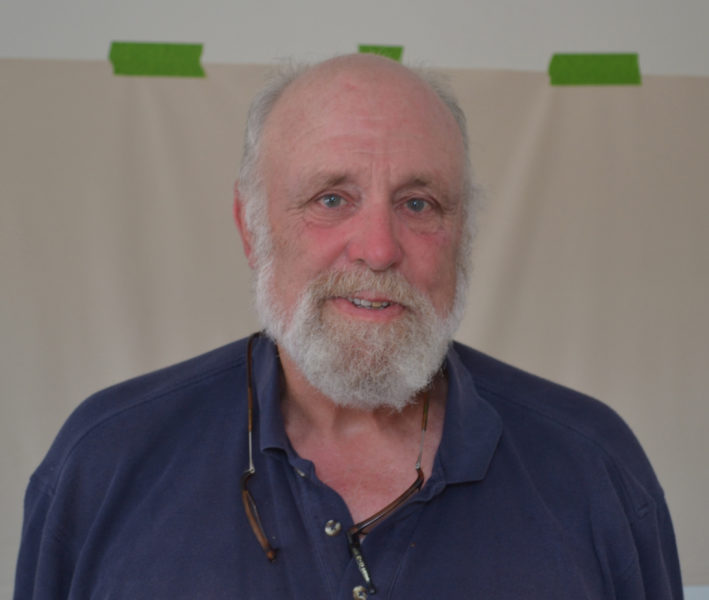 Jim Torbert, of Whitefield, took the helm of the Lincoln County Democratic Committee in January 2015 with the intention of increasing the visibility of the county’s Democratic candidates. Now, Torbert is himself a candidate.

He resigned from his position with the Democratic committee in early July to challenge three-term incumbent Rep. Deb Sanderson, R-Chelsea, for the House District 88 seat. The district includes Chelsea, Jefferson, part of Nobleboro, and Whitefield.

Torbert officially launched his campaign the weekend of July 22. He intends to knock on as many doors and have as many conversations with residents of the district as he can before the November election.

Education, environment, and economic opportunity are the cornerstones of his campaign, he said, and will be a major focus of his work if elected to the Legislature.
Torbert had no intention of running for the Legislature, he said. However, with the general election six months away and no Democrats willing to run for the seat, Torbert made the commitment to enter the race and attempt to return House District 88 to the Democratic Party.

Joe Russano, of Jefferson, served as a “paper” candidate for the Democratic Party while the party searched for someone with the qualifications and commitment to launch a successful campaign. The party’s top candidates all declined to run, Torbert said.

“It really was an issue of livelihood,” Torbert said, with the party’s top picks unable to take time away from work to devote to mounting a campaign and serving in the Legislature. At the prodding of his fellow Democrats, particularly Sen. Chris Johnson, D-Somerville, Torbert entered the race, and has collected the signatures and donations necessary to run as a clean elections candidate, he said.

Torbert is a retired teacher, dairy goat farmer, social worker, and Peace Corps alumnus. After serving in the Peace Corps in Nicaragua, Torbert worked at a community center in San Francisco in the early 1970s. It was a neighborhood that local law enforcement tended to avoid, he said. After transporting one too many kids to the hospital because of an overdose or a gunshot wound, Torbert left to pursue a career as a farmer.

He lived in northern California, Arkansas, and Maryland before a good friend encouraged him and his growing family to move to Maine. Torbert and his family moved to Whitefield in 1983. He spent the next 24 years working in education. Torbert worked as a Spanish and French teacher at Hall-Dale High School for 18 years, in addition to a few years at Lincoln Academy and Messalonskee High School.

One of the best things he did in his career was help Hall-Dale launch a Japanese program, which has since grown to incorporate an exchange program, Torbert said. He was also proud of Hall-Dale’s expansion of the foreign language program into K-8 education.

Torbert describes himself as a lifelong Democrat, and has worked as a volunteer for the Democratic Party on nearly every campaign since he registered to vote in 1968. After his retirement, Torbert took on increasingly prominent roles in the Lincoln County Democratic Committee, becoming the county’s chief Democrat about 1 1/2 years ago.

He is now running for House District 88 with the hope that Democrats will be able to maintain a majority in the House. “It’s no surprise that we’re not happy with the LePage administration,” Torbert said, “and not just the tone of it. That just adds insult to injury.”

Gov. Paul LePage’s veto of a solar bill, which his opponent voted to uphold, and the fight that Torbert said the governor is picking with the Natural Resources Council of Maine are of particular concern, he said. “This is Maine’s brand: clean water, clean air,” Torbert said. His commitment to protecting natural resources is one of the reasons he chairs the Whitefield Planning Board, he said.

Maintaining a Democratic majority in the House and returning House District 88 to the Democrats will be a challenge, Torbert said, with about 25 incumbent Democrats either termed-out or not seeking re-election in November, and Sanderson a three-time incumbent with name recognition.

While a well-known town official in Whitefield, Torbert said he is not well-known in the other communities in House District 88, but he intends to change that. He will be going door-to-door in Chelsea, Jefferson, Nobleboro, and Whitefield over the next six months to speak to as many constituents as possible about their concerns.

“They say you have to run twice to win once,” Torbert said. If he is unsuccessful in the 2016 election, he is committed to running again in 2018, he said.