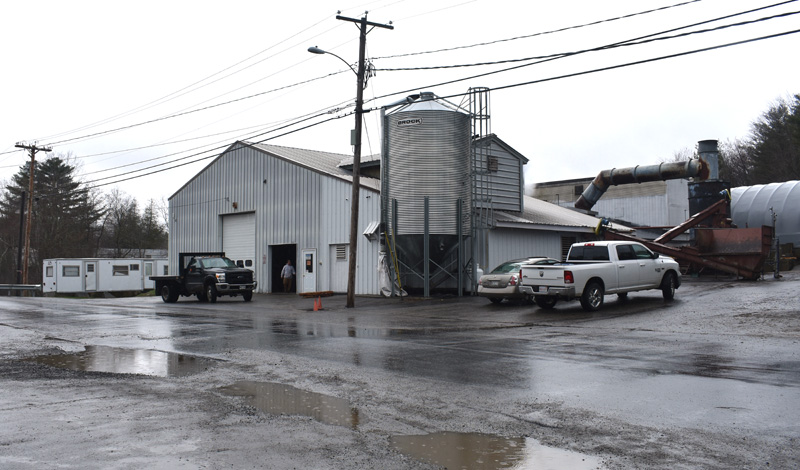 The North American Kelp facility on Cross Street in Waldoboro. A recent decision by the Maine Supreme Judicial Court could have a negative impact on the supply of kelp to the business. (Alexander Violo photo)

Two Waldoboro businesses are grappling with a March court ruling that could restrict seaweed harvesting throughout the state.

Both North American Kelp, at 41 Cross St., and Ocean Organics Corp., at 141 One Pie Road, have based their business models on sustainable rockweed harvesting, parlaying the natural resource to create jobs and grow their companies.

On March 28, the Maine Supreme Judicial Court ruled that rockweed along the seashore isn’t public property in a 22-page opinion upholding a 2017 ruling by the Washington County Superior Court.

The decision affirms the rights of property owners to deny harvesters permission to gather the brown alga between the high- and low-tide boundaries, according to the Bangor Daily News.

“We agree that rockweed in the intertidal zone belongs to the upland property owner and therefore is not public property, is not held in trust by the State for public use, and cannot be harvested by members of the public as a matter of right,” the Maine Supreme Judicial Court said in its decision.

The case has its origins in 2009, when Washington County locals successfully campaigned for restrictions on the annual rockweed harvest.

The harvesters hold that the practice should be allowed based on a long-standing precedent allowing fishing, fowling, and navigation in the intertidal zone of the Gulf of Maine, regardless of ownership.

The court deems rockweed a plant, a key determination with implications for property owners’ rights. Harvesters, however, hold that the alga draws its nutrients from the ocean, with no roots, stem, or vascular system, all features of plants.

Maine’s seaweed industry has seen substantial growth over the past couple decades.

The value of the rockweed harvest in 2001 was approximately $84,000, with the value of last year’s harvest around $820,000, according to statistics from the Maine Department of Marine Resources.

John Grotton, a resource and production manager at Atlantic Laboratories Inc., and Jake Wilson, general manager of North American Kelp, said they see rockweed harvesting as a part of the state’s working waterfront.

Atlantic Laboratories Inc. is the parent company of North American Kelp, which was founded by Robert Morse in 1971.

Grotton described North American Kelp’s Waldoboro location as primarily a processing facility for rockweed. The facility dehydrates rockweed for use in agriculture and horticulture.

Grotton described the implications of the court’s March ruling as potentially devastating. He said fishermen from Harpswell to Eastport harvest the rockweed that goes into North American Kelp products.

Grotton described the ruling as unexpected. He said the first recourse for the industry will be the State House, where the Legislature is considering bills that would reaffirm intertidal rights.

“We are trying to reverse it, hoping to do so through an act of legislation that reaffirms we the people own the intertidal zone and the resources therein,” Grotton said.

Grotton said the vast majority of the state’s coast is privately owned, making it difficult to make a living off the water.

“Maine’s working waterfront is under attack. It is disappearing right before us,” Grotton said. 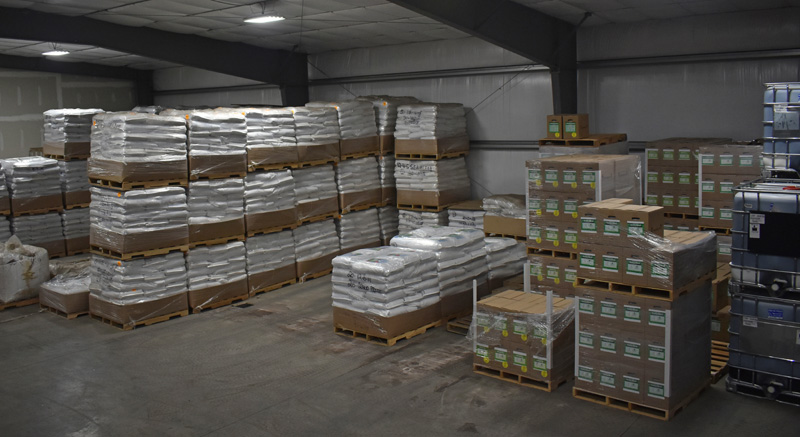 George Seaver, part-owner of Ocean Organics Corp., and Dave Preston, president of the Maine Seaweed Council, spoke of a tradition of public harvesting, a practice that dates back to a Colonial ordinance from the mid-1600s.

Ocean Organics Corp. processes seaweed to make value-added products available for use in a variety of applications, according to Seaver, including agricultural alternatives to chemical pesticides.

“Everything we make starts with seaweed in one form or another,” Seaver said.

Ocean Organics has a processing facility in the Waldoboro Business Park. The seaweed itself comes from two harvesters in Friendship, who drive their haul to Waldoboro in the back of their pickup trucks. The business’s headquarters are in Michigan.

Seaver came to Maine because of the seaweed industry in 1977, working for Morse before moving across Route 32 to the Waldoboro Business Park.

Seaver believes seaweed harvesters’ sustainability-minded approach to their work helps to ensure a healthy ecosystem on the coast of Maine.

“This industry has only done good things for this state. I’ve been doing this for 42 years and there has never been any indication of any negative ecological impacts,” Seaver said.

Preston described the harvesting process as benefiting both harvesters and marine life. He said rockweed is harvested mostly on the surface, while rockweed underwater continues to provide habitat for other marine life.

Seaver said the seaweed industry has created jobs in Waldoboro.

“We ship our products all over the world. The products we make are environmentally attractive alternatives to chemical pesticides,” Seaver said.

Seaver described the March court ruling as fundamentally illogical, emphasizing the commitment of harvesters to conservation overseen by the regulatory apparatus of the Maine Department of Marine Resources.

“The history of our industry is a history of sustainability and regulation,” Seaver said.

Preston said the industry is in a holding pattern, waiting for clarification from the DMR and to see what the practical implications of the ruling will be.

“No landowner, thus far, has made a peep, but when somebody raises a stink, DMR will have to face it. No one knows what will happen,” Preston said. 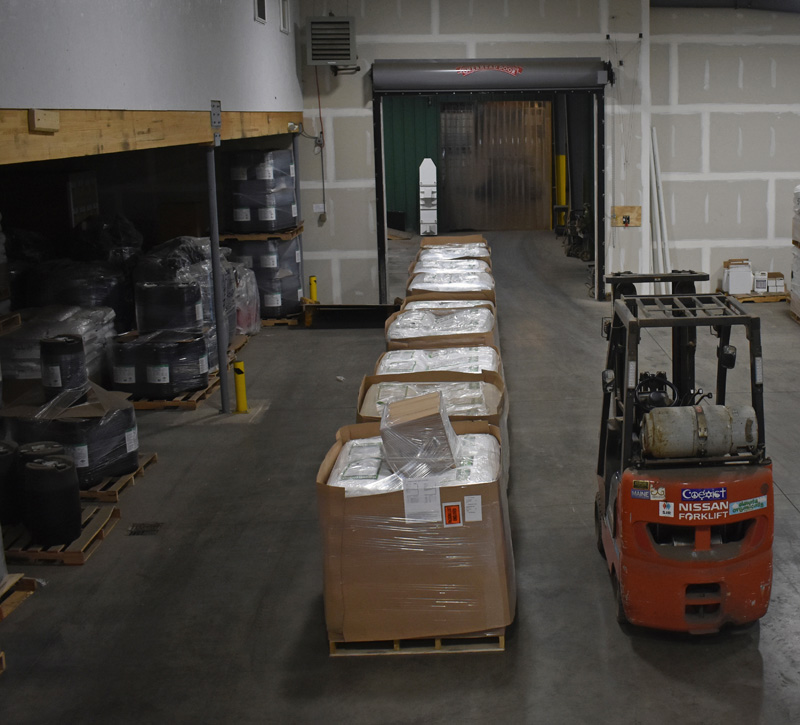 The warehouse at Ocean Organics Corp., at 141 One Pie Road in Waldoboro. (Alexander Violo photo)

Representatives of both businesses said a potential resolution could come from Augusta through legislation to preserve access to fishing, fowling, and navigation.

Bills introduced to protect the rockweed harvest include L.D. 1316, “An Act To Make It Explicit That Maine Holds Title to Its Intertidal Lands”; and L.D. 1323, “An Act to Revise the Laws Regarding the Public Trust in Intertidal Lands.”

Testifying before the committee, Dow and Evangelos argued that the intertidal zone is an economic engine, but access to the zone has been complicated by a variety of conflicting court decisions regarding access, according to the press release.

According to Dow, his bill would add seaweed into the same category as clams, mussels, snails, worms, and other near-shore species that are commercially harvested in Maine.

“The court reconfirmed the intertidal zone is owned by property owners and that, since seaweed is a plant, it is owned by them. This bill would put seaweed in the same class as the other marine harvests,” Dow said.

L.D. 1316 did not progress out of a work session Tuesday, May 7, and the committee tabled L.D. 1323, “but people seem receptive to expanding the public’s right for the public trust of the state’s intertidal zone,” Grotton said.