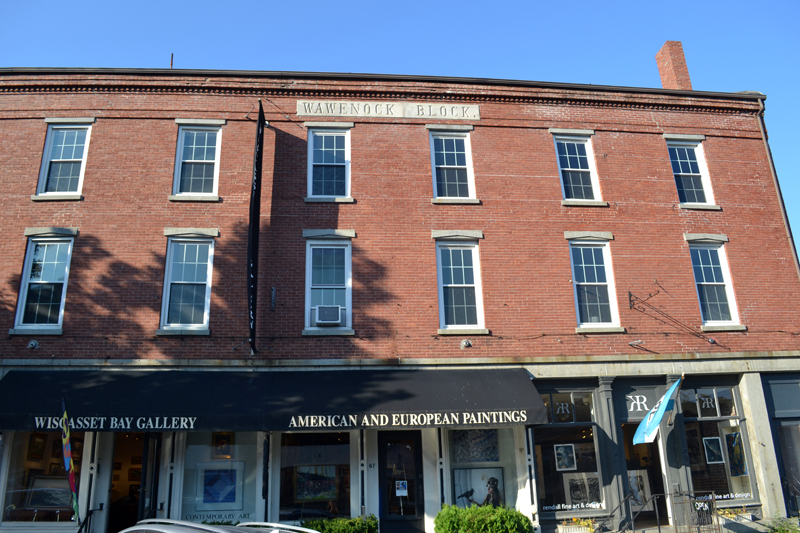 The Wawenock Block in downtown Wiscasset on Tuesday, Sept. 12. The building owner’s lawsuit against the Maine Department of Transportation has been dismissed. (Abigail Adams photo)

The lawsuit filed against the Maine Department of Transportation over the Wiscasset downtown traffic project has been dismissed.

Justice Richard Mulhern, of the Maine Judicial Branch’s Business and Consumer Court, found in favor of the DOT’s motion for judgment Monday, Sept. 11.

After reviewing the allegations against the DOT, the court determined that, “even if all of the facts alleged are true, Plaintiffs have failed to state any claims for which this Court may grant relief.”

Wiscasset was named as a party of interest in the suit, which made nine allegations against the DOT. The suit alleged that the DOT violated Wiscasset’s comprehensive plan, site plan review standards, and historic preservation ordinance.

The suit also alleged that the DOT failed to comply with state regulations and wrongfully obtained the Wiscasset Board of Selectmen’s acknowledgement of a letter of intent, which committed the town to pay for future maintenance costs. The suit claimed that the DOT had initiated eminent domain proceedings against the plaintiff, violated the plaintiff’s civil rights and constitutional right to due process, and lacked the appropriate ownership to carry out the project.

The court dismissed each of the nine counts. There has been no formal action to take the plaintiffs’ property through eminent domain, so “the matter is not yet ripe for judicial consideration,” according to the judgment. The plaintiffs have no private right to action against the DOT for the alleged violation of state regulations or town ordinances, Mulhern said.

There were no facts presented to indicate that the DOT used coercion or manipulation to obtain an acknowledgement from selectmen about receiving the letter of intent. “It is clear from the text that the letter does not obligate the Town to pay for anything,” Mulhern said.

In regards to the violations of civil and constitutional rights, the plaintiffs failed to state a claim for which the court could grant relief, according to the judgment. There is no legal basis to claim the DOT must show ownership of state and town roads before commencing the project.

“The Maine DOT is pleased that the court agreed that the lawsuit brought by opponents of the project had no merit,” department spokesman Ted Talbot said. “Simply stated, the court recognized that just because you don’t like the design of a highway project, that doesn’t give you the right to stop the project.”

The DOT looks forward to continuing to work with Wiscasset and the public as the project progresses, Talbot said.

Robert S. Hark, the attorney representing the Doering family in the matter, could not  immediately be reached for comment.