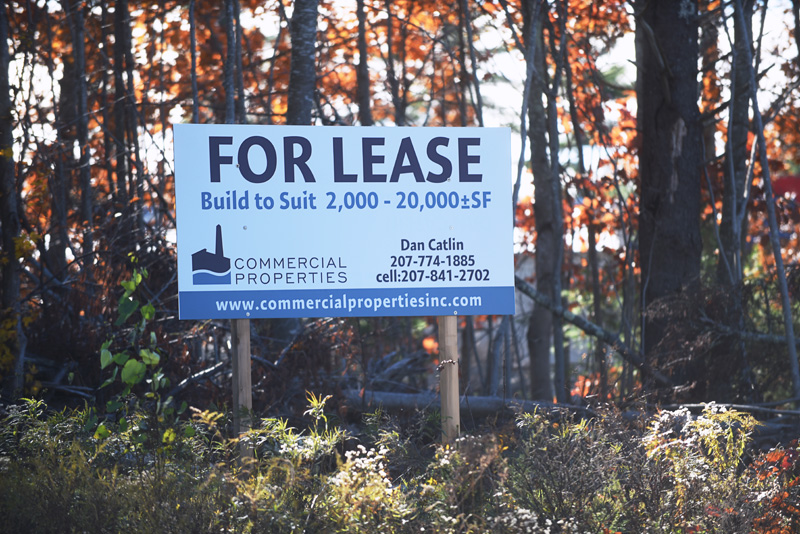 A Maine Superior Court justice has sided with the town of Damariscotta and Damariscotta Main Street LLC in a lawsuit that attempted to block the latter’s 435 Main St. development.

Damariscotta-based attorneys Peter Drum and Jonathan Hull filed the complaint April 21 on behalf of Our Town, described in the complaint as “an unincorporated association with a principal location in Damariscotta,” and Damariscotta residents Anna Jansen and Catherine Blount.

The complaint listed 10 other residents as members of the association.

After several meetings with Catlin, the planning board unanimously approved his application Dec. 4, 2017.

Drum filed an appeal on behalf of Our Town and Jansen, owner of Head Tide Oven at 456 Main St., on March 2.

The appeal application identified Jansen as a member of Our Town and stated that she was “directly aggrieved” by the planning board’s approval of the project.

On March 30, the board of appeals dismissed the appeal on the grounds that Our Town did not have the legal standing to sue or be sued, and no one, including Jansen, could be considered a participant in Our Town, as no one was believed to be on record stating they were speaking on behalf of Our Town during public meetings about the development.

Drum and Hull filed an appeal reconsideration request April 20. The appeals board denied the request May 8 because it was filed 11 days after the deadline for such requests.

Drum and Hull then filed the complaint in Superior Court, stating that the appeals board erred because it did not hold a public hearing, and that Chair Bruce Rockwood erred by sending a memorandum to board members before the March 30 meeting without informing Our Town or the developer or providing copies.

The complaint stated that the planning board failed to designate any record for the matter. It said the planning board violated the Damariscotta Site Plan Review Ordinance by holding a public hearing Sept. 18, 2017 prior to finding the application complete Dec. 4.

The complaint listed 10 other reasons why the planning board violated the ordinance, including not publishing a notice that the application was complete, approving a waiver request allowing 20 percent of parking to be in front of the building when a waiver for only 15 percent is allowed, not requiring the applicant to provide for a system of pedestrian walkways, and allowing the “smaller three-bay retail building” to have “false pitched roof arrays” rather than the required pitched roof.

Other alleged violations were allowing the square footage of the 22,000-square-foot building to be calculated by individual tenant spaces, rather than the structure’s total square footage; deeming that the pedestrian circulation standards met the ordinance; and “assuming” requirements had been met rather than finding that they had.

In his Nov. 2 written decision, Billings said none of the petitioners can show they actively participated in the proceedings. Therefore, they do not have standing to appeal.

The decision states that Blount only spoke at one meeting, a preliminary workshop in 2017, and she “never said she was affiliated with Our Town, or that she was speaking on its behalf.”

The decision states that Jansen does not have standing to appeal, because “no party alleges that Jansen participated on her own during the meetings, that she attended a single meeting, or submitted written comments.”

Damariscotta Town Manager Matt Lutkus shared the decision with the Damariscotta Board of Selectmen on Wednesday, Nov. 7, saying that while not everyone would be happy with the decision, “at least we can move on.”

“We’re reviewing the decision,” Catlin said in a phone interview. “It seems like it was very clear that there was no law broken.”

“We’re reviewing our next step as far as construction and timeline,” he said. “We’re certainly excited to get the project moving.”

The appellants have 21 days, or until Nov. 23, to appeal the decision to the Maine Supreme Judicial Court.

Drum said the appellants are reviewing the decision.

“We are certainly considering whether an appeal would be appropriate,” he said in a phone interview.