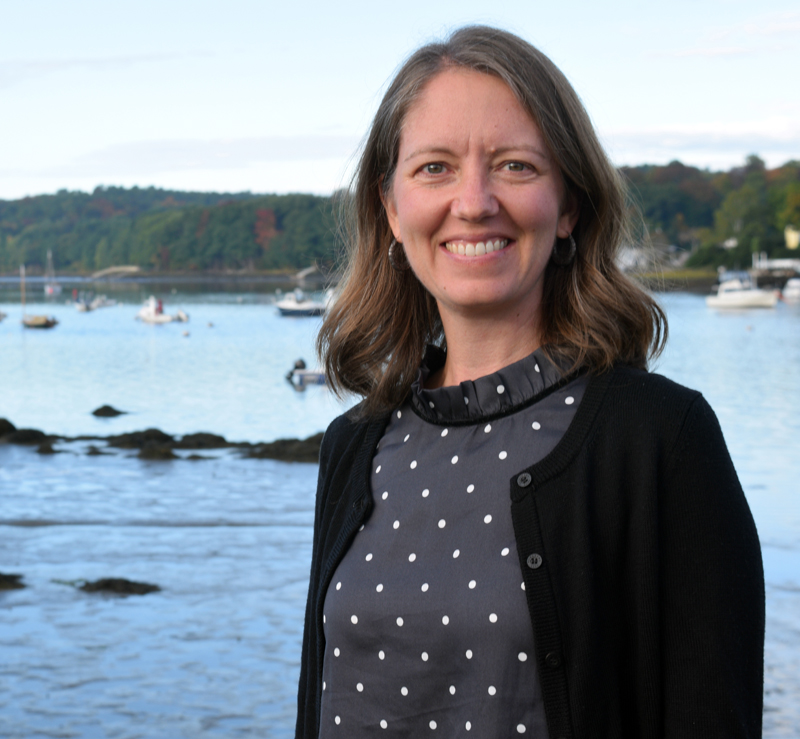 After serving in the Maine House of Representatives during the brunt of the COVID-19 pandemic, Rep. Lydia Crafts, D-Newcastle, is looking to continue working across the aisle to expand access to behavioral healthcare and affordable housing.

Crafts is currently serving her first two-year term as the representative for House District 90, which consists of Bremen, Bristol, Damariscotta, Monhegan Island, Newcastle, part of Nobleboro, and part of South Bristol, in the 130th Legislature.

For her second term, she is seeking election in House District 46, which consists of Bristol, Damariscotta, Monhegan Island, Newcastle and Nobleboro, following redistricting approved by the Legislature last year. Crafts is running against Merle Parise, R-Newcastle.

The redistricting made it simpler for constituents to identify who their representative is by only including entire towns in District 46, Crafts said.

“I don’t feel like the heart of our district has changed much,” Crafts said.

Crafts decided to run for the Legislature before the COVID-19 pandemic and had to adjust to that new reality. She didn’t meet anyone in the Legislature in person for the first year of her two-year term.

“The reality of serving in the Legislature under remote conditions was a really steep learning curve,” Crafts said.

Crafts was originally inspired to run for office by the long waitlist for crucial behavioral health services at the Maine Department of Health and Human Services.

Working as a social worker and director for Bristol Consolidated School’s Compass program, she also saw firsthand how many students and their families cannot receive necessary services because of the backlog.

“Children’s mental health is why I ran for office,” she said.

Crafts recently stopped working for BCS to focus on her private practice, which gives her more flexibility to work in state government.

“I didn’t run for office to find a new career. It’s really important to me that I stay grounded in doing mental health work and have a chance on the side to legislate,” Crafts said.

The Maine Legislature approved $15.4 million in one-time payments to behavioral healthcare providers as part of the state budget this past June to help meet increased demand for mental health services brought on by the COVID-19 pandemic.

Creating affordable housing in the area is key to attracting workers to fill positions at all levels and to strengthening the economy, Crafts said. She is part of the Legislative Housing Caucus, which is “looking at affordability and access to housing across the economic spectrum.”

Crafts said the state is short some 20,000 units of housing.

“You hear about a lot of communities that the average police officer, firefighter, school teacher, can’t afford to live in the area based on the median income,” Crafts said.

She said she would like to see the state expand its voucher system to get “money into the hands of people who are unhoused” and for it to encourage more development of work force housing.

“I’ve been hearing from businesses who realize that things aren’t necessarily going to change overnight, unless they are also willing to invest some effort to secure housing,” Crafts said.

Crafts is proud of the compromises reached to pass L.D. 2003, “An Act To Implement the Recommendations of the Commission To Increase Housing Opportunities in Maine by Studying Zoning and Land Use Restrictions” earlier this year, and hopes it will help address the issue of affordable housing.

The bill allows Maine property owners to build accessory dwelling units in residential areas and up to two units on a lot zoned for single-family housing, according to a press release. For larger communities with designated “growth areas,” up to four units could be built. All local building rules still have to be observed.

The Legislature also was able to increase revenue sharing with municipalities to 5% and education funding to 55%.

In August of this year, after increasing the revenue-sharing rate incrementally since 2020, the governor and legislature were able to restore it to the full 5% required by Maine law. The funding has not been at this level since 2009.

Maine voters approved a referendum in 2004 directing the state to fund 55% of local education. This funding level was not fully implemented by the state legislature until last year.

Crafts said she would like to see this continue in order to keep local property taxes low. The Legislature has designated some federal relief dollars to continue to fund education fully into the future, she said.

“That means we can hold property taxes steady rather than putting the financial burden of increasing education costs on municipalities,” Crafts said. “That’s the bread and butter of living in Midcoast Maine is how do you stay in a community with rising property taxes?”

Crafts is also a member of the Joint Standing Committee on Marine Resources and appreciates the feedback from fisherman in the district, many of whom are saying “we want to preserve our heritage,” she said. The fishermen see the right whale protection measures being imposed by the National Oceanic and Atmospheric Administration and the development of offshore wind as threats, Crafts said.

Serving in the Legislature and being able to work across the aisle has been very “refreshing,” according to Crafts. In her committee work, there was only one bill that did not have a bipartisan consensus and had a divided report.

Crafts grew up in Belfast and, after a period of time running an organic vegetable farm in the West, she settled back in Maine. She holds a Bachelor of Arts degree in anthropology from Smith College in Massachusetts and a master’s in social work from The University of Maine.