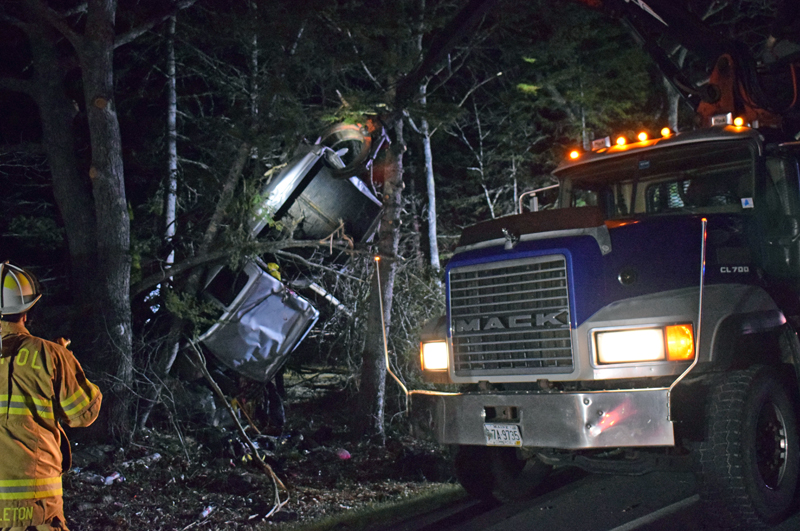 Three occupants were able to get themselves out of a silver Ram Power Wagon after it crashed on Bristol Road in Pemaquid and landed in a vertical position on its front end, stuck between trees, late Tuesday, April 13.

The truck was going north when it left the road, according to Bristol Fire Chief Paul Leeman Jr.

Sgt. Matthew Day, of the Lincoln County Sheriff’s Office, said the three occupants of the vehicle were taken to LincolnHealth’s Miles Campus in Damariscotta with what appeared to be non-life-threatening injuries. Day said he had no further information on the scene.

Bristol Fire and Rescue was dispatched to the area of 2117 Bristol Road, near the Bristol Area Library and Pemaquid Falls, at 10:53 p.m. 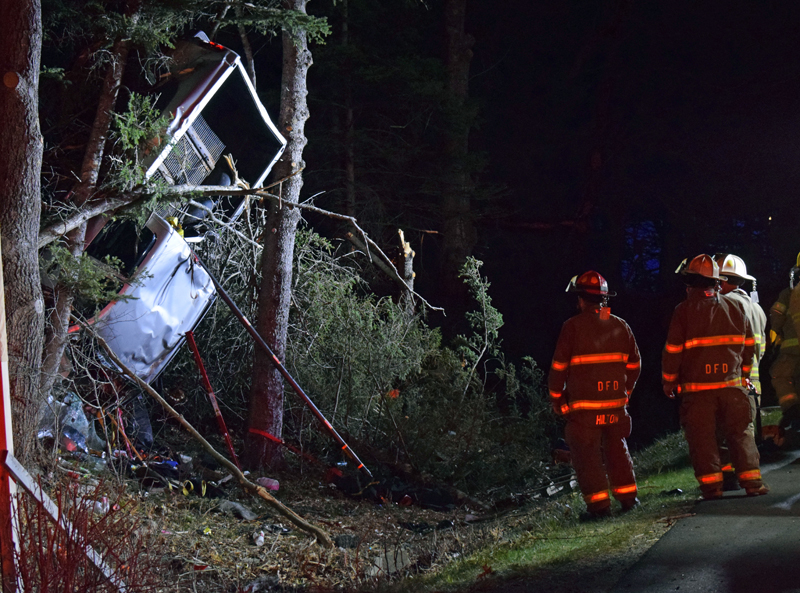 The Bremen and Damariscotta fire departments were dispatched shortly thereafter for help extricating the occupants from the vehicle. Bremen was canceled after the three occupants were able to exit the vehicle.

Bristol 1st Assistant Chief Jared Pendleton called for a pulp truck run by Joe Winchenbach that was used to free the vehicle from the trees.

“Jared did a good job calling for the pulp truck,” Leeman said. 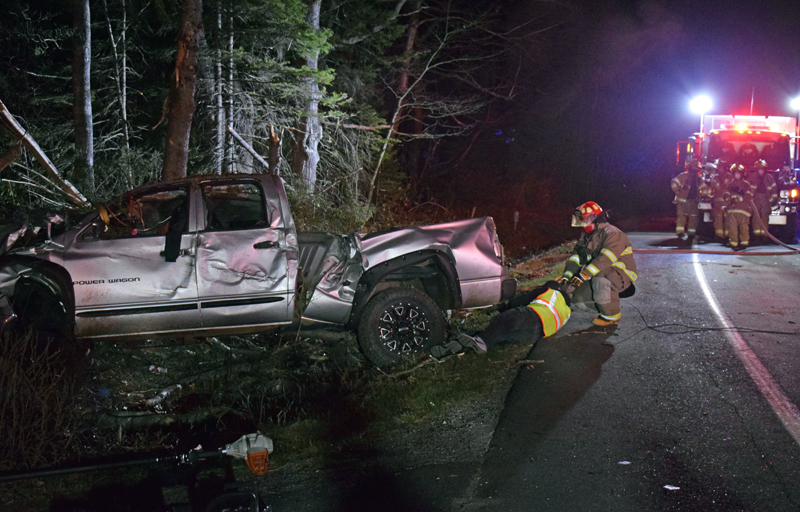 Dennis Hoppe, of Quick Turn Auto Repair and Towing, and Damariscotta firefighter John Knof work to tow a pickup truck out of a ditch off Bristol Road in Pemaquid after a pulp truck freed it from some trees late Tuesday, April 13. (Evan Houk photo)

Leeman said firefighters never know what kind of equipment they might need at an emergency scene. He called the truck stuck in the trees one of the most “precarious” situations he has encountered during his long tenure on the fire department.

Quick Turn Auto Repair and Towing responded with a flatbed and was eventually able to haul the damaged vehicle out of the roadside ditch shortly before 1 a.m.

The section of Bristol Road between the library and the Pemaquid River was closed for about two hours.

Alex Beaudet, owner of Pemaquid Falls Farm, across the street from the crash, said the turn by the library is a bad corner that drivers take too fast. He has counted four wrecks there in the past eight years.