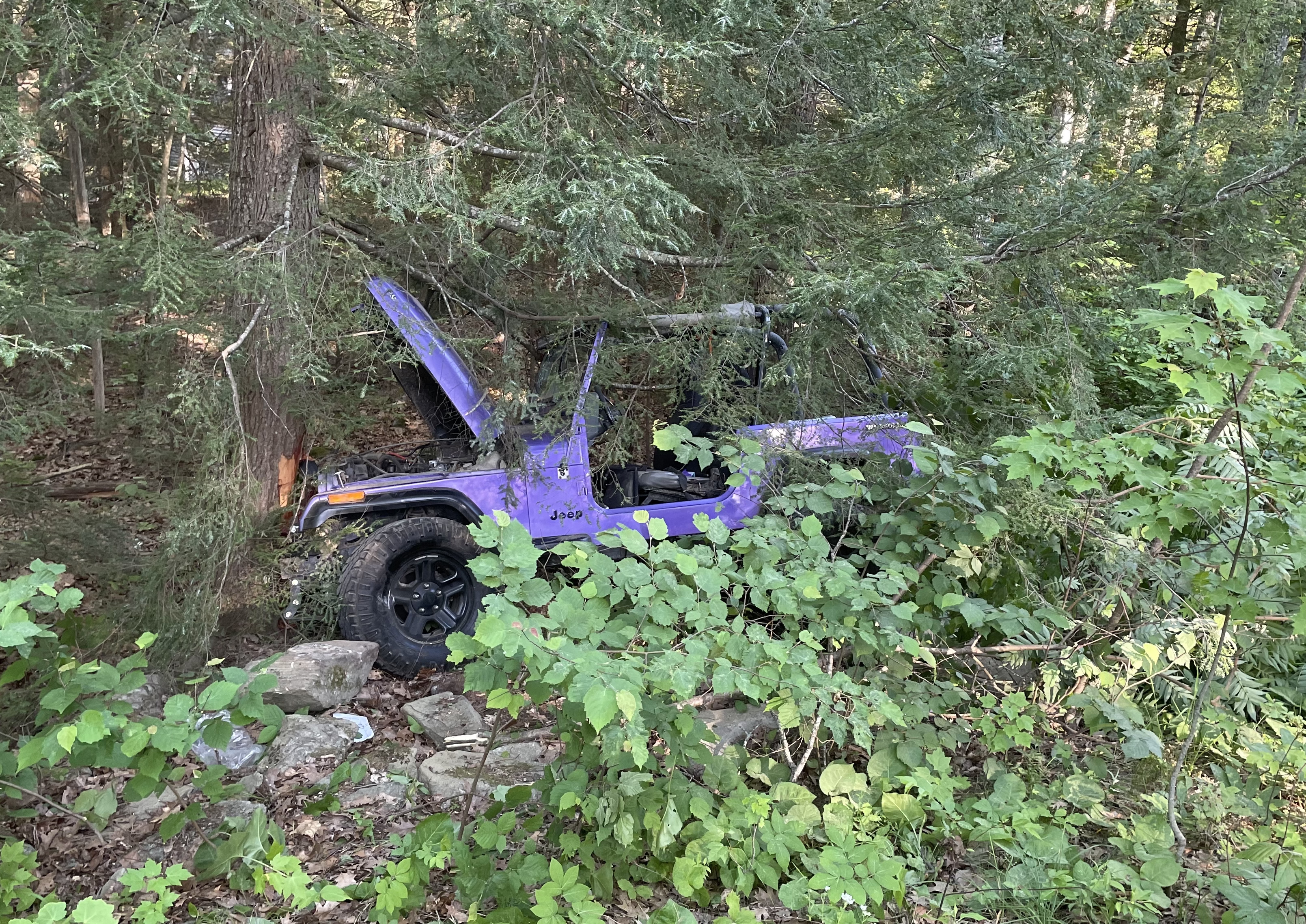 A 21-year-old Bristol man suffered serious injuries but appears likely to recover after a crash on Benner Road in Bristol the afternoon of Saturday, June 12.

Drake Toman was driving his purple 1989 Jeep Wrangler north on Benner Road when he lost control of the vehicle, which left the northbound side of the road, continued through a ditch and stone wall, and struck a tree head-on, according to Lincoln County Sheriff’s Office Sgt. Kevin Dennison. Toman was ejected from the Jeep.

Authorities contacted LifeFlight to fly Toman to a hospital, but the agency did not have a helicopter available, according to Dennison. The Central Lincoln County Ambulance Service took Toman to LincolnHealth’s Miles Campus in Damariscotta, where he was stabilized before CLC Ambulance transferred him to Maine Medical Center in Portland.

In addition to head injuries, Toman suffered serious injuries to his stomach, according to a GoFundMe page set up to assist his family with medical expenses. He has undergone surgery to remove his spleen “and will likely need much more medical treatment,” the page states.

A passenger in the Jeep, Zachary Tozier, 20, of Nobleboro, sustained “superficial” injuries, Dennison said, but CLC Ambulance took him to Miles as a precaution.

Police believe Toman was not wearing a seat belt, while Tozier was. The Jeep had its doors and roof removed.

Speed was a factor in the crash, which remains under investigation, according to Dennison.

Dennison said the Wrangler sustained significant front-end damage, although Jeeps of its vintage have a reputation as rugged vehicles.

The emergency response and investigation into the crash shut down the road in the area of 664 Benner Road, with no through traffic able to pass. Benner Road runs along the west shore of Biscay Pond from Bristol Mills to Damariscotta, turning into Lessner Road at the town line.