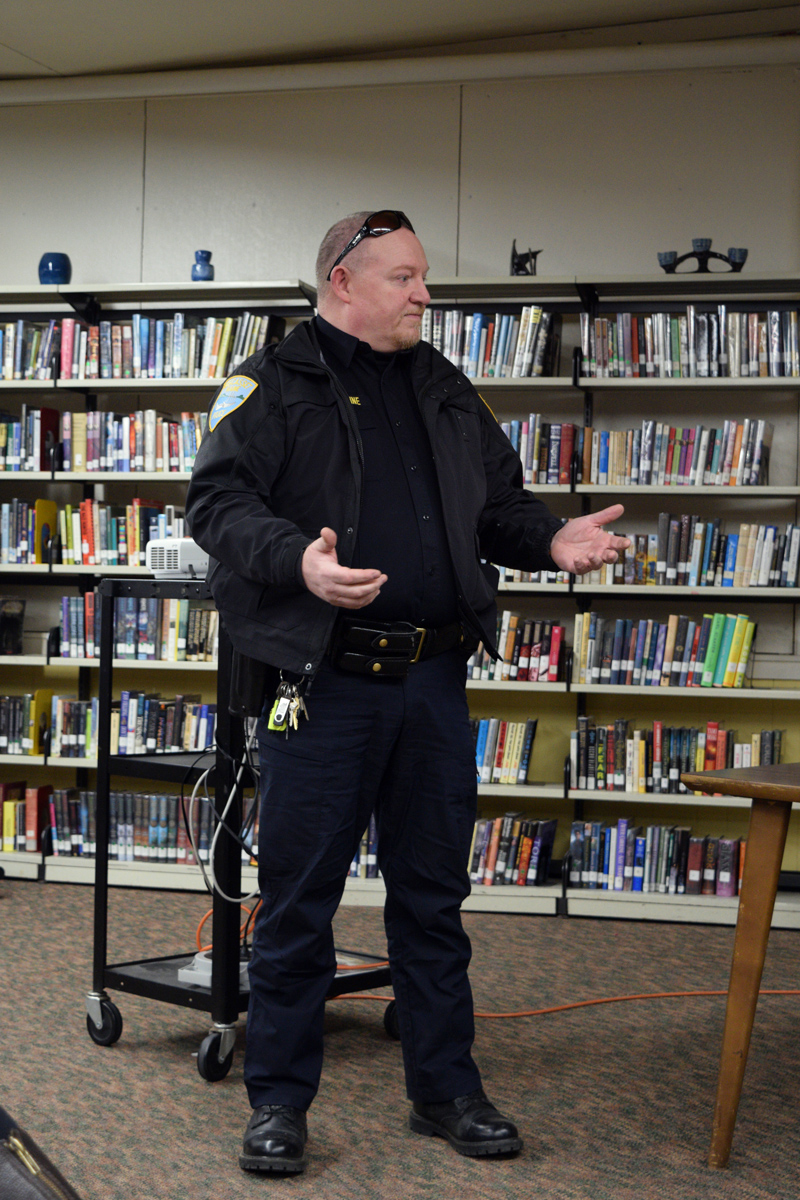 Since becoming Wiscasset’s police chief, Larry Hesseltine has been working to bring the D.A.R.E. program to Wiscasset Elementary School. On March 1, he will bring the program to the fifth-grade class.

“One of the hardest decisions to become the chief in Wiscasset was leaving the D.A.R.E. program (in Waldoboro),” said Hesseltine, a former Waldoboro police officer. “I look forward to it every year.”

According to its website, D.A.R.E. is an international program that uses local police to teach students “how to resist peer pressure and live productive, drug- and violence-free lives.”

The program was established in 1983 by a Los Angeles police chief and school district.

The program was previously implemented at Wiscasset Elementary; however, Wiscasset School Committee Chair Michael Dunn was unsure when it was last in effect. Dunn said it was before the Wiscasset School Department broke from RSU 12.

At the Tuesday, Feb. 12 Wiscasset School Committee meeting, Hesseltine described how the classes are usually taught.

“The philosophy of the old program was ‘just say no’ and the motto now is ‘keeping it real,’” he said.

When the program began, it focused on the consequences of drug abuse. However, it has shifted to help students make informed decisions.

Hesseltine, who taught the program at Miller School in Waldoboro for three years, will continue to teach students to define challenges or opportunities, identify risks, make decisions, and access results.

“That’s the challenge,” he said, adding later, “Some of the kids are more educated than the other kids and you have to try and filter that out.”

D.A.R.E. programs are broken down into age groups. For elementary school students, it is a 10-week program with a graduation at the end, Hesseltine said.

He has taught the class for sixth-graders too and suggested that Wiscasset Middle High School Principal Charles Lomonte decide if the sixth-graders should participate in the program.

D.A.R.E. does not require funding from the school.

Hesseltine is excited to bring the program back and to start a rapport with students who may fear police.

At the meeting, Terry Wood, superintendent of the Wiscasset School Department, commented on Hesseltine’s work in the schools and town since he started work in September.

“I thank you for your commitment to Wiscasset and to the kids,” she said. “It really does show.”