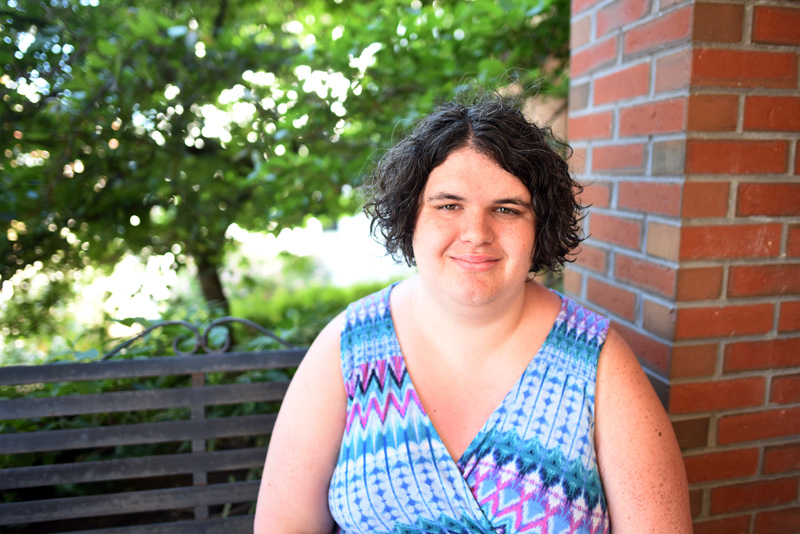 Each June, USA Today highlights one person from each of the 50 states who is making a difference in the LGBTQ community. It calls the piece “Faces of Pride.”

The newspaper recognized Gormley, 24, for her work with the Maine Transgender Network to provide resources and support to transgender residents of rural Maine.

“Gormley understands that members of Maine’s transgender community in conservative areas don’t always have access to the same resources as those who live in more liberal urban centers,” the biography reads. “To provide these services, Gormley initiates support groups and festivals in isolated pockets of the state, and she organizes cultural competency trainings for health care providers in these areas.”

The Maine Transgender Network, of Portland, was established in 2005 and is the largest transgender-led peer-support organization in the U.S., according to Gormley.

Gormley began getting involved with the group in 2012, and has been the executive director for about a year.

The community-based organization has more than 30 support groups across the state, is involved in health care advocacy, holds community-building events, and does educational work in the form of workshops and trainings.

The group is currently offering a training titled “Tour for Trans Allies,” which provides education on terminology and gender theory, and how to support the transgender community.

Gormley first became familiar with the organization when she began using its services and attending support groups in Portland.

“This town was very isolating. I came out before we kind of had this huge media wave of visibility … it really felt like there was no one else around,” Gormley said.

“A support group an hour and 10 minutes away in Portland was the only access to community and other people like me that I had,” she said.

“I think that’s changed a lot around here … there are a lot of trans people in the area. I think it’s still a largely invisible community,” she said.

Gormley said the Maine Transgender Network tries to connect people across the state and limit the isolation that many in the transgender community feel.

“We are really focused on building our programs in rural parts of the state and expanding geographically, because that isolation is still a really real factor in the lives of a lot of trans people, and that isolation means that people don’t have a support network,” Gormley said.

Gormley said Damariscotta’s Skidompha Library, where her mother, Pam Gormley, is executive director, was a relatively safe space growing up.

“I always think of libraries as being kind of these softly radical places,” Gormley said. “They are essentially places of community gathering, a place that gives out resources without any questions asked.”

The Maine Transgender Network recently met a key goal, with the June 11 announcement that the Maine Bureau of Motor Vehicles now offers a non-binary gender designation on driver’s licenses and identification cards.

“Non-binary gender recognition has been our top policy priority for a couple of years,” Gormley said.

Gormley said dozens of the organization’s members have already filled out paperwork to have the non-binary designation on their IDs.

“They’re really excited,” Gormley said. “As far as the state’s concerned, and any entity that they interact with, like the police, or someone checking their ID for something, that is their gender. Because it is.”

Gormley said USA Today reaching out was a nice surprise.

“It was special. I was excited because I’m always excited to talk about the work that we do,” she said.

“I’m not the only one involved,” she continued.

“Trans people are everywhere. We are your neighbors, your teachers, your cashiers, and your doctors, in every small town in Maine. So making sure this community is supported and making sure that we have a bedrock of rights guaranteeing our equality is an issue that matters to people you interact with on a daily basis,” Gormley said.