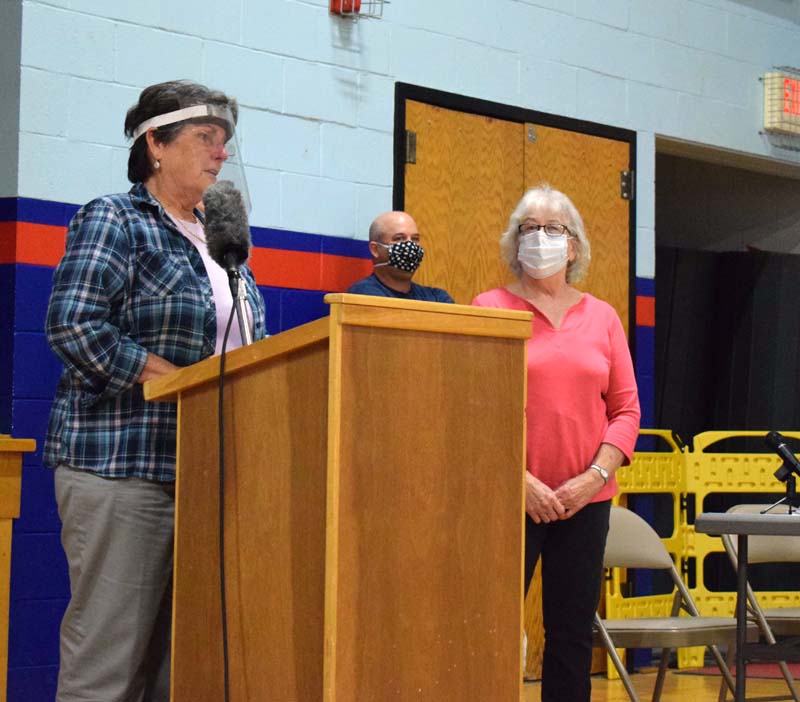 There was minimal public discussion as voters approved all 42 articles on the warrant at the physically distant town meeting. Officials had purposefully kept controversial items off the warrant in an effort to keep the meeting brief and not attract a large crowd amid the coronavirus emergency.

The town meeting lasted a little over an hour, even shorter than last year’s relatively quick meeting, which lasted an hour and a half.

Chairs were spaced an appropriate distance apart and most attendees wore face masks throughout the meeting.

Voters also approved Article 32, which gives the selectmen authority to transfer up to $25,000 from the town’s unassigned fund balance in the case of unanticipated expenses and emergencies.

Voters authorized the selectmen to enter into an interlocal agreement with the five other founding towns of Central Lincoln County Ambulance Service Inc.

Martha Dodge was elected as a cemetery trustee for a three-year term.

Five residents were elected to the budget committee: Constance Magistrelli and Karen O’Bryan for three-year terms; Max Johnstone for a two-year term; Lucy Harrington for a one-year term; and Bruce Rockwood for a three-year term as an alternate. 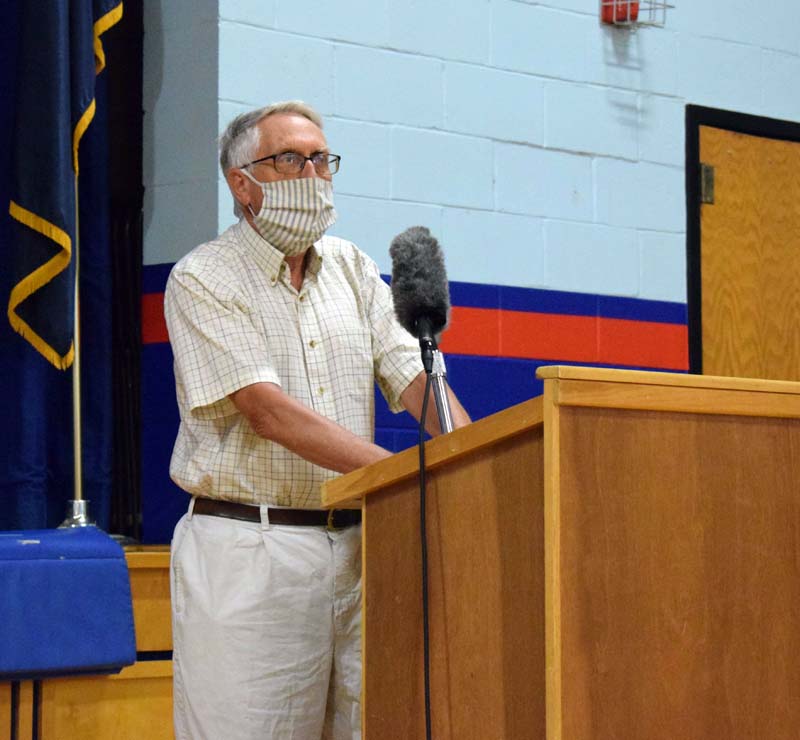 Lutkus introduced the town office’s new intern, Eric Hall. Hall will be working on various projects for the town.

The town is seeking volunteers for one three-year term on the budget committee and one two-year term as an alternate.

There was some discussion on a proposed amendment to Article 34, which asked voters whether to adopt an approximately 1,000-foot portion of Heater Road, the section from Biscay Road to Hutchings Lane, as a town way. The gravel road has a 50-foot-wide right of way and its transfer to the town will be contingent on approval from adjacent property owners.

Lutkus said the intent of the original article was to take over responsibility for the section of Heater Road that is used frequently by the town’s public works department and snowplowing contractors because the town garage is on the road.

“We feel that it’s our responsibility as a town to take care of the section to Hutchings Lane because our contracted snowplows use that road a lot and it’s in terrible condition from a maintenance standpoint, so the plan is to put some type of paving and improve the road, but only until Hutchings Lane,” Lutkus said.

Selectman Josh Pinkham spoke in opposition to the amendment, saying the town had not received a request to extend the town way to Barstow Road until Benner moved to amend the article. 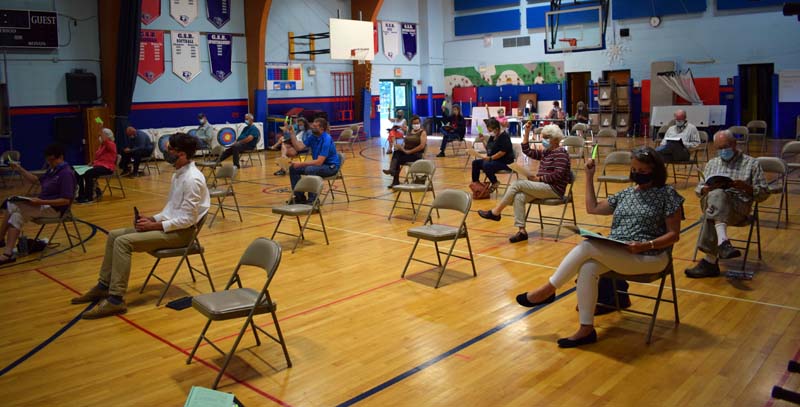 “I think we’ve done our due diligence as board members and representatives of the town of Damariscotta to be good neighbors, but this is totally out of the blue at this point. So, I would strongly recommend to defeat this amendment and go with the original article,” Pinkham said.

The amendment was voted down and the original article passed.

“Ann has been a little bit of everything for the town of Damariscotta for many, many, many years,” Mayer said.

Mayer said Pinkham has been a teacher, served on various boards and committees for Damariscotta, served on the board of Lincoln County Television, and worked at the Miles Memorial Hospital League thrift shop.

“The Spirit of America volunteer award program recognizes an individual or a group that has gone above and beyond to make volunteer contributions to the community they serve,” Mayer said.

Mayer said Parker started his work for Damariscotta in 1984, serving on the ordinance review, zoning, subdivision review, and waterfront committees, among other roles.

An architect, he was a member of the planning board for 23 years and chaired the board for 15. He served on the board of selectmen for one three-year term and part of a second, resigning in 2017 because he was moving to Newcastle.

Although he now lives across the bridge, Parker said he still serves on Damariscotta’s public works committee and is serving as a paid adviser on the town’s $4 million-plus waterfront improvement project.

“I’ve had a lot of fun over the years and I look forward to continuing to serve the town. It will always be the town in my heart,” Parker said.