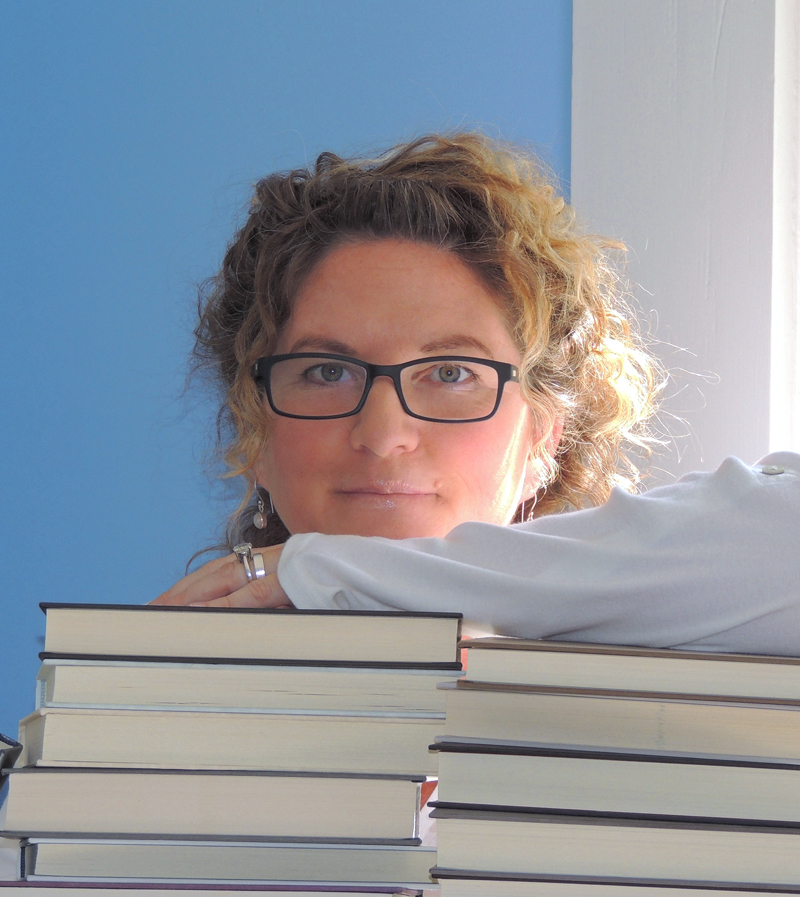 While Shannon Parker can trace her family’s roots in Maine as far back as the early 1800s, she chose to live in the state after visiting 37 countries and five continents. Now, with her second novel, “The Rattled Bones,” the Damariscotta author features the culture and history of her adopted home.

Parker’s relocation to Damariscotta came about by accident. During a drive with her husband and their 6-month-old puppy, the dog became sick in the car. The couple pulled into the parking lot of The Lincoln Home in Newcastle, looked out over the harbor, and knew they were meant to live in Damariscotta, Parker said.

Parker, an educator and literacy advocate for the last 20 years, has been writing creatively ever since she learned to write, she said. Her mother still has a copy of the first poem Parker wrote in third grade, which was published in the school paper.

“In those early days, my writing was more like playing with language and less about storytelling,” Parker said. “I liked to write descriptions and challenge myself to see newness in the ordinary. I didn’t really master the art of crafting a story – setting an arc for a character and creating conflict to overcome – until much later.”

In March 2016, Simon & Schuster published Parker’s debut novel, “The Girl Who Fell.” The young adult novel follows high school senior Zephyr Doyle, who falls in love with a charming but manipulative boy. The book tackles the issue of dating violence.

After the book’s publication, Parker received many letters of support and gratitude from readers who had either survived or watched a friend or family member experience an abusive relationship similar to the relationship depicted in the novel.

Having worked with teens and witnessed similar relationships play out “all too often,” Parker said it was important to accurately portray the relationship so readers could feel a connection to Zephyr’s story.

“This was important for me since I believe teen girls need to see dangerous relationships on the page,” Parker said. “They need to know they’re not alone, and that they can always get help.”

The book also received praise from the industry. Among other accolades, Amazon included “The Girl Who Fell” in its list of top 20 young adult books of 2016.

For her second book, Parker revived a novel she’d written almost eight years ago after finding a radio and photo documentary called “Malaga Island: A Story Best Left Untold.” Produced by Kate Philbrick and Rob Rosenthal, the documentary tells the story of the inhabitants of the island, off the coast of Phippsburg, who were evicted by the state in 1912. In the aftermath, the remains of those buried on the island were exhumed and reburied in the graveyard of the Maine School for the Feeble-Minded, where eight of the islanders had been committed.

The documentary sparked Parker’s interest in the island and the lasting legacy the events had on both Maine and the descendants of the islanders. After selling “The Girl Who Fell,” Parker returned to the story of Malaga Island to write “The Rattled Bones.”

“The story haunted me in a way that I had to write it into a novel,” Parker said. “Malaga’s history is one of many instances of cultural erasure in our country and I believe we need to keep these historical conversations alive in order to inform smarter, more inclusive decisions for our present.”

“The Rattled Bones” centers around Rilla Brae, a 17-year-old lobster boat captain who recently lost her father. While out at sea, Rilla sees a ghostly girl walking along the shores of Malaga Island, a haunting that stays with her throughout the novel. 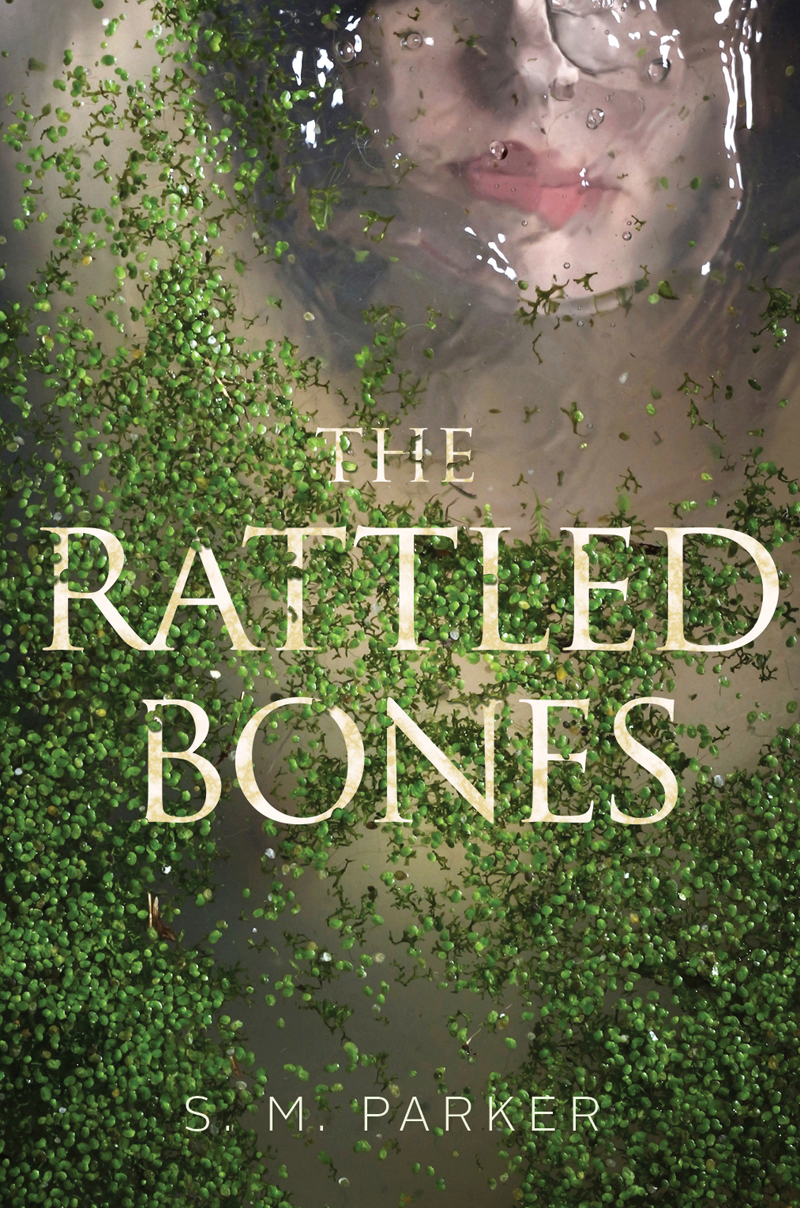 The cover of “The Rattled Bones,” by Damariscotta author Shannon Parker.

Parker knew she wanted to bring the historical elements of Malaga Island, and decided to incorporate the ghost, who spans both time frames.

However, “The Rattled Bones” is not simply a ghost story, Parker said. The coming-of-age novel also focuses on Rilla’s life as a lobster boat captain and the challenges of entering a traditionally male-dominated industry while considering her future after high school.

“I wanted to make her struggle with leaving an industry that ran through her veins,” Parker said. “I think young people have a huge decision to make, (either) staying in Maine or leaving Maine after school. As a first-generation college student myself, this struggle had to be very real for my character.”

Parker sold the story to Simon & Schuster with the three opening chapters and a synopsis of the entire book before retreating to a seaside cottage and writing the first draft in three weeks.

From the first draft to the final draft, “The Rattled Bones” took two years to complete. Prior to the Tuesday, Aug. 22 release date, the book has earned favorable reviews from the publishing industry, including from Publishers Weekly and Kirkus Reviews.

To promote the book locally, Parker will be a part of Lincoln Academy’s Books and Brunch series, in which LA students, faculty, staff, administrators, and community members discuss books over lunch. Parker said she is looking forward to talking with the students.

When she’s not working on her next novel, Parker occasionally takes on editing projects for writers looking to strengthen their manuscripts before submitting them for publication. Later this year, she will begin volunteering for The Telling Room, a nonprofit writing center in Portland geared toward empowering writers ages 6-18.

An avid reader herself, Parker said one of the most important things any aspiring author can do is read as much as possible. The other is to find a trusted individual with whom almost anything can be shared, from goals and fears to criticisms and chocolate chip cookies.

“When you find this writer person who has your whole heart, and this love of cookies and a lust for laughter, you will feel safe enough, worthy enough, to risk putting words on the page,” Parker said.

For more information about Parker, go to shannonmparker.com or find @ShannonParkerWrites on Twitter. “The Rattled Bones” is available at Sherman’s Maine Coast Book Shop in Damariscotta.