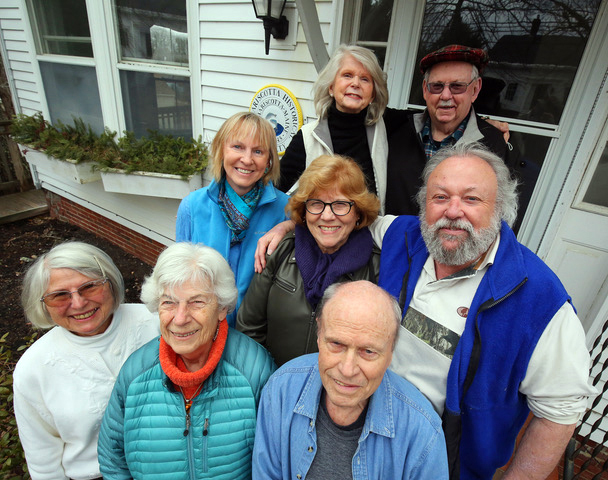 Damariscotta Historical Society has found a location for its headquarters in the heart of downtown Damariscotta.

The organization was officially established in 1998, but it has been active since the early 1960s. Along with a new home, the society established a new mission: “Sharing our heritage with community and friends.”

The society purchased 3 Chapman St. in October 2021, representing a major step towards creating a community hub walkable from Damariscotta’s historic village. The society’s trustees and members hope to use the building to store historic documents and artifacts, conduct research, and engage with residents and visitors of all ages.

“We want it to be a hub for history and just an informative and fun place for people to come to learn about the history of our area,” President Valerie Seibel said on March 16.

The society’s fundraising goal is $400,000, approximately 60% of which has been raised as of March 16. The society needs the funds to pay off its mortgage, and make a number of renovations and upgrades to the building.

Seibel said she anticipates the capital campaign carrying through the rest of the year. 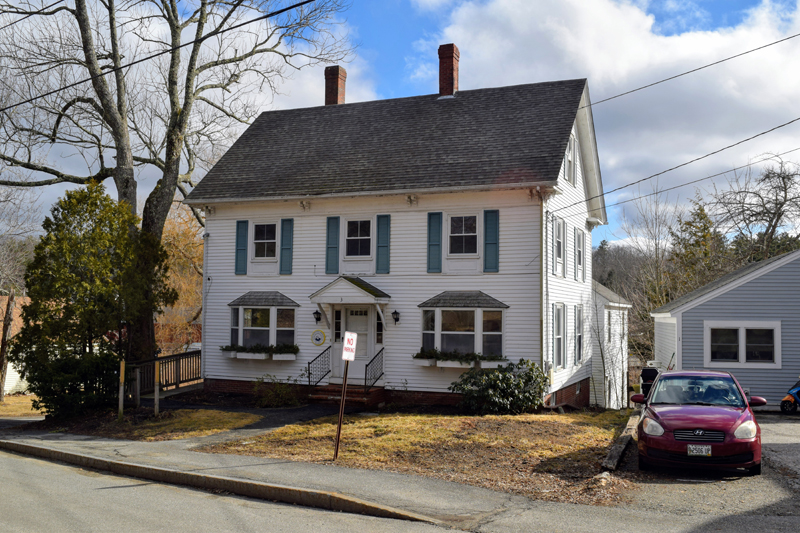 Damariscotta Historical Society purchased its headquarters at 3 Chapman St. in October 2021. The building will be open to the public this coming summer. (Nate Poole photo)

Collecting, preserving, and archiving artifacts and documents from individuals, estates, and organizations around town is integral to the society’s mission. The collection is constantly growing, stored away in the town office and a variety of other locations across town. The society was running out of space.

The building at 3 Chapman St. emerged as a perfect candidate; it has more than enough space to accommodate storage needs, a research room, display area, meeting space, and rental office space for other nonprofits.

The purchase marks the third time the building, which is around a century old, has been occupied by a nonprofit; it was the home of the Genesis Community Loan Fund and later Mobius Incorporated until they put it on the market in late 2021. Mobius continues to rent a space at the rear of the building for its workshop.

Calvin Dodge, the society’s historian and co-founder, described the feeling of having headquarters for the historical society after 24 years as “tremendous,” explaining that it will make a wealth of history much more accessible to the public.

“It’s different than a state museum. You can give to the (Maine State Museum in Augusta) and they might take your article out (and) display it, say, for six months and put it away for 10 years in the basement,” Dodge said. “(If) you got your own articles in your own town, you’re going to see them every day.”

Something of an artifact himself, Dodge has been fascinated by history since well before he helped found the nonprofit, and he continues to serve as a beloved contributor to The Lincoln County News.

On March 16, Dodge said he has always enjoyed speaking with people from older generations to better understand how the world around him has changed. 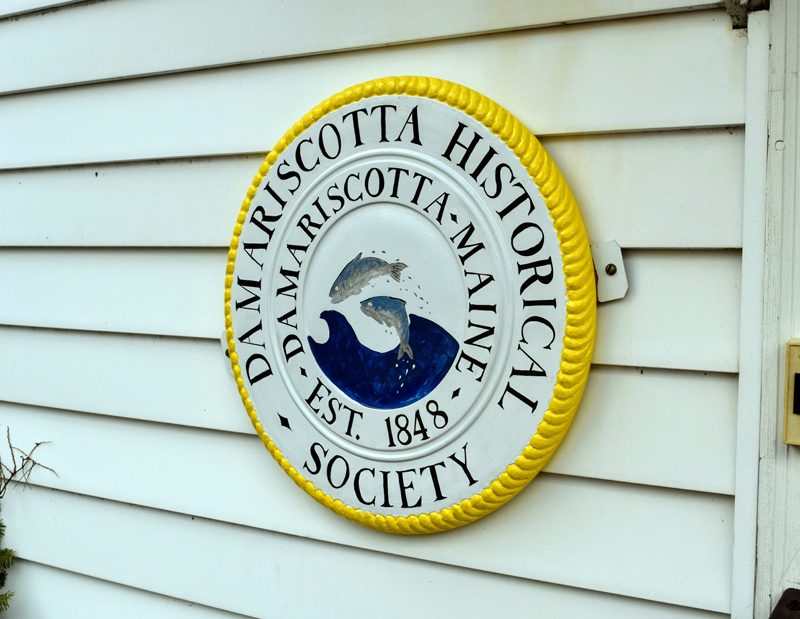 “Ever since I was a young boy, I loved history,” he said. “I found out so much by talking to older people; what went on, what their lifestyle was, how things have changed. It’s very, very interesting.”

At 83 years old, Dodge represents one of the most valuable opportunities the historical society affords residents and interested visitors; that is, the chance to learn about local history from those who experienced it or heard about it firsthand.

With Hodgdon Green so close to the historical society’s new home, the society members are hopeful there will be opportunities for collaboration with those elder community members whose tales have been left untold.

Society member Sally Beaudette said she previously worked on a project focused on recording oral histories of South Bristol with Ellen Vincent, which eventually emerged as the book “Down on the Mountain, Up on the Main.”

“We have older people that have been here for generations who need, now, to talk and tell their stories, and that’s going to happen with us,” she said. 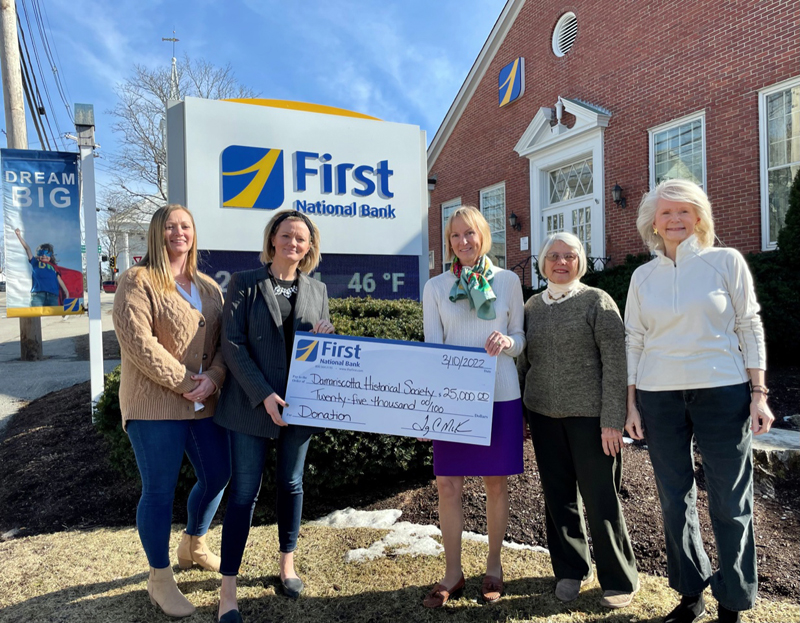 As it has since 1998, the society will continue to develop programs for students at area schools, coordinate cemetery maintenance work for the town’s 33 cemeteries with the town’s cemetery committee, collaborate with neighboring historical societies and local senior living organizations, provide resources to owners of historic homes and genealogy researchers, and assist local organizations with historical presentations.

Looking toward the near future, Seibel said she has already been in touch with the Old Bristol Historical Society and the Newcastle Historical Society regarding the potential for future collaborations. Carol Ray and former society president Tim Clark are in the process of recruiting speakers for the society’s summer event season.

Once the historical society members have the interior of the new building painted and have some of their materials set up for display, they intend to hold an open house.

Seibel said they hope to open the headquarters to the public by early this summer four or five days a week through the season.

“It’s really exciting for the historical society, now, to finally be able to really get out into the community,” Seibel said.

For more information about the historical society’s campaign or to make a donation, contact Treasurer Martha Reed Dodge at 563-3601 or martha@damariscottahistorical.org.

For questions and comments about DHS, contact President Valerie Seibel at 380-6090 or valerie@damariscottahistorial.org.