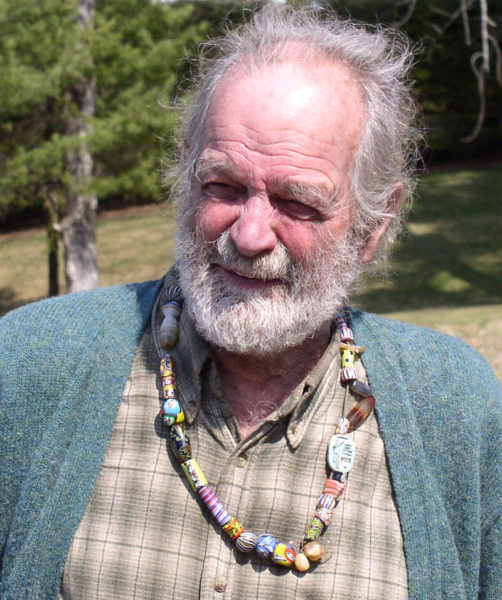 On June 1, 1917, Joel Huston Dodge – best known by his middle name – was born to Leon A. and Christine Huston Dodge in a house on Bristol Road. He lived in the 1790s house most of his life, and still lived there at the time of his death.

Calvin and Marjorie Dodge write the “Damariscotta History” column for The Lincoln County News. Calvin was a distant cousin of Huston’s. Both were friends of Huston’s and met him separately when they were children.

Calvin’s father, Merrill H. Dodge, would give Huston rides to Alna when Calvin was growing up.

“Huston would load up his bicycle into the back of my dad’s truck and we would all ride out to the gravel pit together,” Calvin said. “Huston would ask my dad when he would be done hauling gravel for the day and promised to be back at that time before getting on his bike and heading out.”

During his biking trips, Huston would ride to Alna, Whitefield, and Pittston, studying the 18th-century construction of homes as he rode by, Calvin said.

“He just loved it and was quite the expert in it too,” Calvin said. 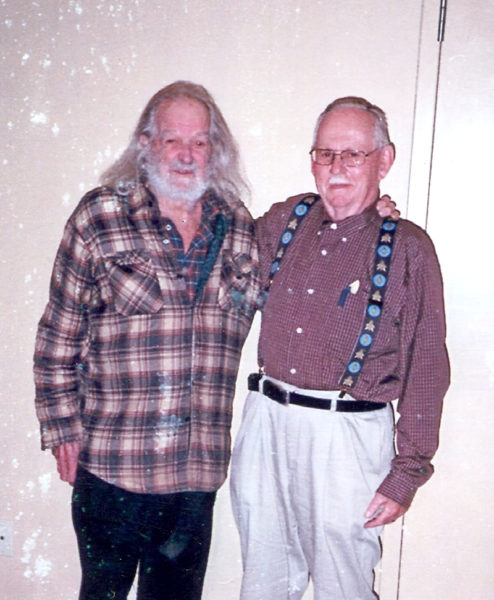 Huston Dodge (left) and Calvin Dodge pose for a photo before a Chats with Champions presentation about the history of the Twin Villages at Skidompha Public Library in Damariscotta on Sept. 9, 2014. (Photo courtesy Calvin Dodge)

Huston’s expertise came in handy while helping Winfield Cooper, Marjorie’s father. Huston would accompany Cooper, an auctioneer and appraiser, to lots and homes Cooper had purchased, where he would help evaluate furniture and antiques.

“Huston would disappear into the house and someone would find him on his hands and knees examining the furniture,” Marjorie said.

Huston never went anywhere without a scratch pad, Calvin said. On more than one occasion, Huston was found lying on his back in the attic, sketching the wooden beams above him onto the paper.

Huston loved carpentry from a young age, Calvin said. When he was growing up in Damariscotta, Huston gleaned as much knowledge as he could from locals, including Ed Bates, a retired railroad engineer who taught Huston how to lay out angles for a roof or stairs; Charles Perkins, a Damariscotta carpenter who imparted knowledge on any interested in learning the field; and Hiram Bisby, a well-known carpenter who took Huston on as an apprentice for a year.

Huston used the skills he learned throughout high school, building stage props and scenery for theater productions at Lincoln Academy and later at Gould Academy, Calvin said. Huston also built miniature models of historic buildings, some of which were featured in a 2014 exhibition at The Good Supply in Pemaquid. 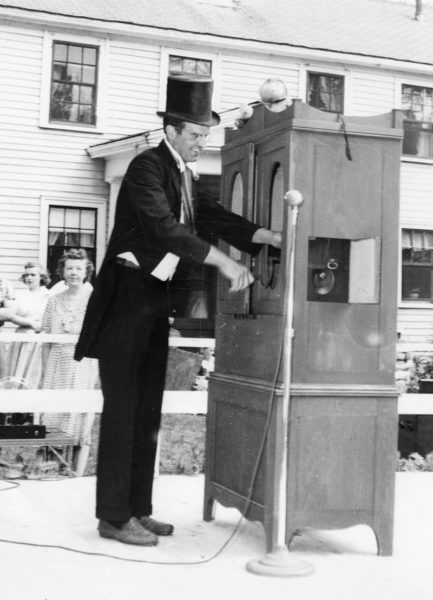 After attending the Wentworth Institute in Boston to study metalworking and woodworking, and armed with knowledge of and love for 18th-century craftsmanship, Huston got a job working in the furniture business for Wallace Nutting in Framingham, Mass. Nutting, a Congregational minister who later became a photographer, antique collector, and entrepreneur, was in the business of reproducing Colonial-era furniture. Nutting passed away in 1942.

When Huston returned to Maine after the war, he started to dismantle and rebuild old buildings. He would bring the pieces to his home, where he would sell them, Calvin said. If someone needed a fireplace mantel or a wooden banister, there was a chance Huston would have one or know where to find one.

Huston could often be seen hauling lumber to and from his property on School Street in his old gray Jeep.

“If you could ever recognize a vehicle in town, it would be Huston’s,” Damariscotta resident Dick McLean said. “You could see the Jeep coming over the horizon and just know it was him.”

“I honestly don’t know how he made it, but he found a way,” Calvin said.

Huston reconstructed a number of buildings using the lumber from the buildings he dismantled. In his construction, Huston used a variety of antique tools.

Huston was an occasional guest teacher at The Carpenter’s Boat Shop in Pemaquid, where he would teach woodworking to the apprentices and give presentations on how to sharpen a hand saw, according to a tribute by Kenneth Kortemeier, another teacher at the boat shop.

One of Huston’s largest projects was the restoration of the Colby Mill, a water-powered sawmill on Turner Pond in Somerville, Calvin said. 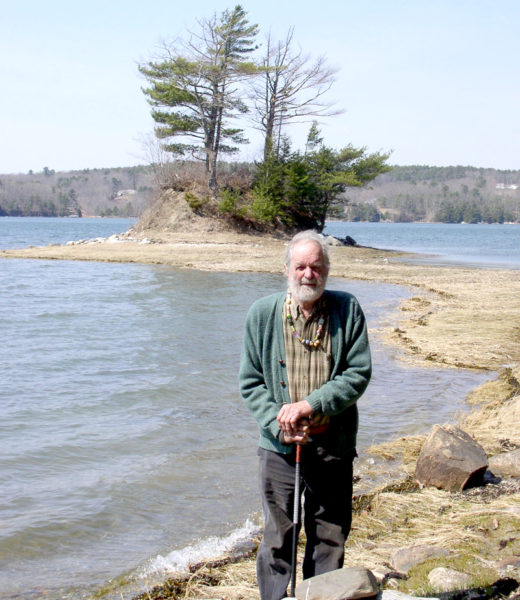 “It provided a way for people to get right down to the river, and Huston was eager to share that with the people of Damariscotta,” DRA Executive Director Steven Hufnagel said.

“He told me his secret to longevity was a daily dip in the Damariscotta River,” Hufnagel said. “That, and garlic cloves.”

In addition to the land, Huston donated a wooden skiff he had built as a teenager to the DRA.

“He was just an incredibly skilled carver, and he had all this knowledge about the river and the surrounding islands,” Hufnagel said.

Huston had a deep love for the history of the Twin Villages, Calvin said. While at work on a “Damariscotta History” column, he would sometimes stop by Huston’s home to double-check a date or confirm a fact. Each time, Huston reacted the exact same way.

“He would just look at you, give you a smile, and then rattle off the answer off the top of his head. He just had all the facts up there,” Calvin said. “He sure took a lot of history when he went.”

Fortunately, Calvin said, Huston’s knowledge was documented in a variety of ways. Lincoln County Television recorded Calvin and Huston’s appearance at Skidompha Library in 2014 as part of the library’s Chats with Champions series.

“We would kick off the of the Chats season with ‘the Dodge boys,’” Skidompha Public Library Executive Director Pam Gormley said. “Their presentations were always well-attended.”

In addition to preserving Huston’s knowledge about the town, Calvin also made an effort to preserve Huston’s story. In 2014, Calvin interviewed Huston for a feature in a “Damariscotta History” column. After three long interviews, Calvin said he had enough information to fill 10 pages with Huston’s story.

During one of their interviews, Huston voiced his love of a line from Henry David Thoreau’s “Walden” – “If a man does not keep pace with his companions, perhaps it is because he hears a different drummer. Let him step to the music which he hears, however measured or far away.”

The line sums up Huston quite well, Calvin said.

“He marched to a beat of a different drummer, but that’s what made him unique,” Calvin said.

A memorial service for Huston is planned for Sunday, March 19 at Skidompha Public Library. The service will begin at 2 p.m. in the Porter Meeting Hall.