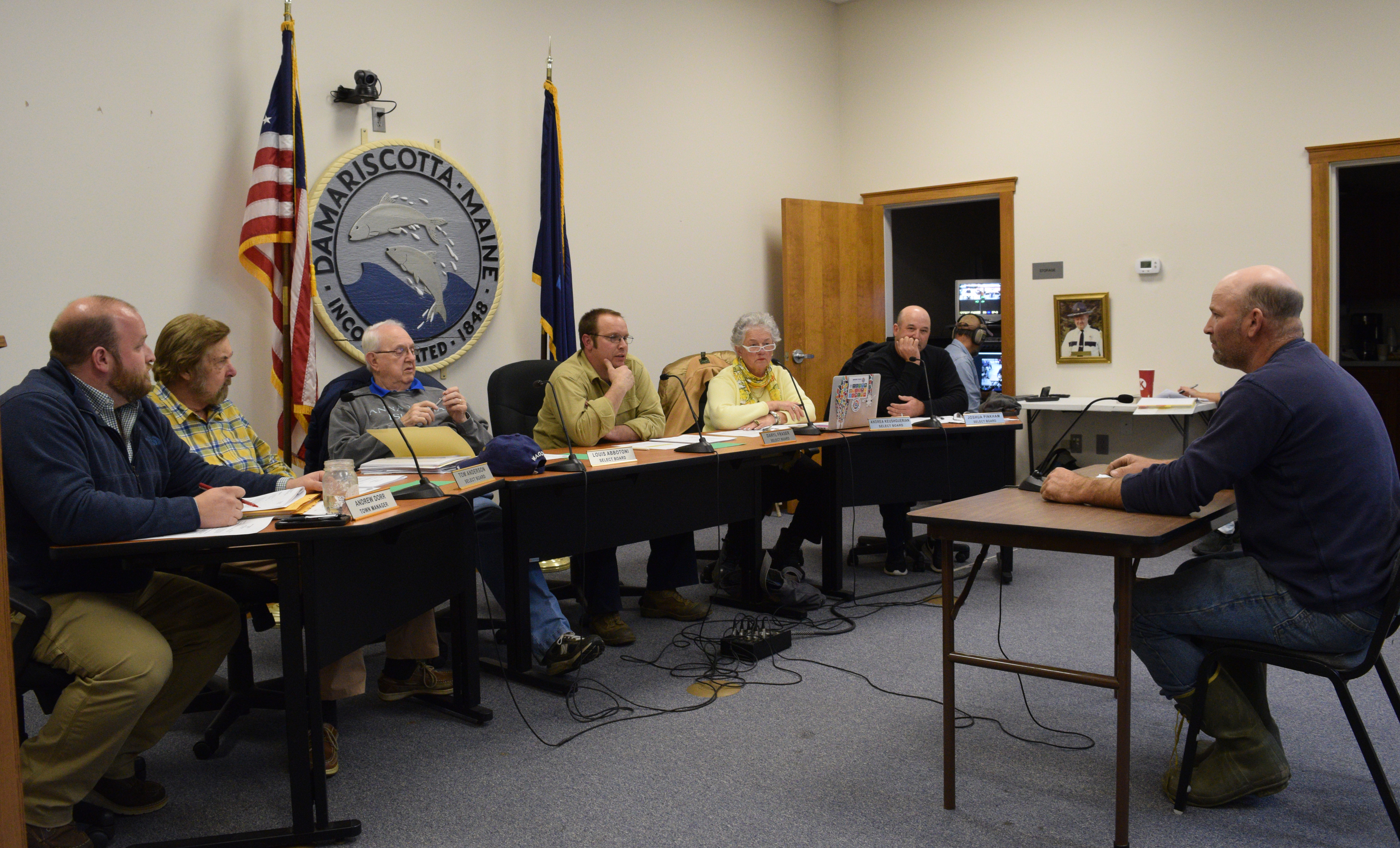 Damariscotta voters narrowly approved, by a vote of 5-4, a $32,500 increase for this year’s snowplowing services during a special town meeting on Wednesday, Nov. 16.

Moderator Lorraine Faherty and four members of the Damariscotta Select Board voted to approve the increase, while select board member Josh Pinkham, Jon Pinkham, and two other residents voting against the proposed increase.

Jon Pinkham, a resident of Egypt Road, was the only member of the public to speak at the meeting, questioning the timing of the increase and if the town is obligated under its snowplow contract with Damariscotta’s Hagar Enterprises Inc. to pay the extra amount requested by the contractor.

He stated that 95% of the time, Hagar does a “more than satisfactory job” plowing the roads.

“I was always under the impression that a town contract, when you sign your name on it, you’re going to provide the service for that price, unless there’s something in there that says ‘fuel increase, salt increase,’ that protects the contractor,” Jon Pinkham said.

Seth Hagar, co-owner of Hagar Enterprises, has asked both Bristol and Damariscotta to pay more for snowplowing, citing increases in the cost of fuel, labor, and salt.

Daryl Fraser, chair of the select board, said that the town attorney noted the contract does require Hagar to abide by the prices set and the contractor is not entitled to an increase that is not stipulated in the contract.

“Yes, the hard line is there is a contract and the contractor could actually adhere to it,” Fraser said.

However, the select board felt it “would be cheaper in the long run” to renegotiate the price for snowplowing with Hagar and have the public works committee look into extending the contract at a higher amount with adjustments for fluctuating fuel and salt prices.

Fraser said the town’s public works committee looked at different options for reducing services and concluded that was not a viable option.

Town Manager Andy Dorr wrote in a memo to the select board that if the town held Hagar Enterprises to the current contract terms and disregarded the requested increase, “solutions to remedy a breach of contract may not be quick and will incur an expense that involves our attorney.”

Rather than incurring legal fees and forcing the town to go out to bid for snowplowing on the brink of the winter season, Dorr recommended considering the increase and attempting to renegotiate the contract with fuel and salt price escalators that would raise or lower the cost to the town based on whether fuel or salt prices go up or down.

The warrant article asked voters to appropriate $32,500 from the town’s undesignated fund balance, or surplus account, to cover an increase in the cost of snowplowing for town roads and the downtown area, which are two separate contracts.

The town meeting warrant also included a note saying that the public works committee recommends the current contract be extended two years and that the town agree to final four-year contract terms and payments.

The Damariscotta Public Works Committee will schedule a meeting to consider the contract changes that can then be presented to the select board.

The town’s contract with Hagar Enterprises for snowplowing would have expired after fiscal year 2024, but the public works committee’s recommendations would extend that contract through fiscal year 2026.

The terms would maintain the same level of service for both the roads and downtown contracts, only at a higher cost each year. If the contract extension is approved, the town would pay $50,564.01 more for snowplowing for both contracts in fiscal year 2024.

The Damariscotta Select Board will next meet at 5:30 p.m. on Wednesday, Dec. 7.