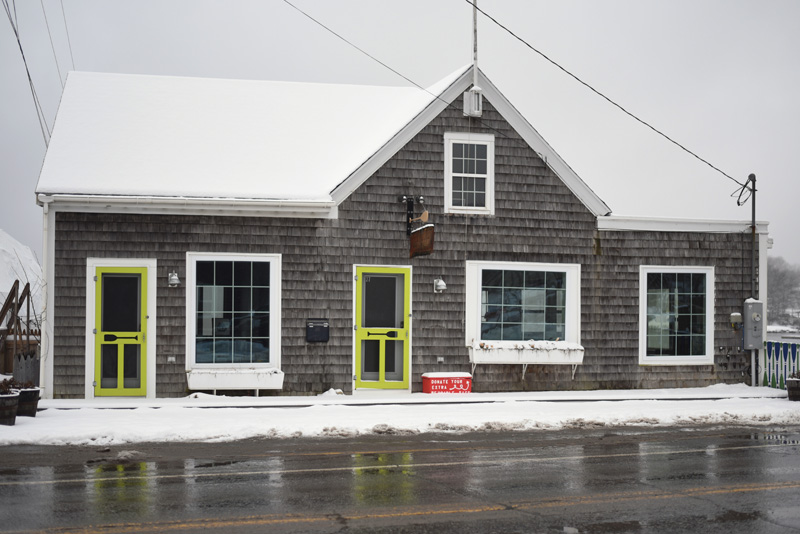 The owner of 27 Main St. in Damariscotta hopes to open a farm-to-table restaurant in the building in July. (Jessica Picard photo)

The Damariscotta Planning Board approved Eleanor Kinney’s application to open a farm-to-table restaurant at 27 Main St. on Monday, Jan. 7.

Kinney, of Bremen, owns the organic Heart Farm. She said the downtown restaurant, The River House, will likely have 30 seats and feature a wood-fired grill.

The restaurant will serve food made with ingredients from local farms, as well as local seafood. Jon Merry, of Bremen, will be the chef.

The restaurant will likely be open for nine or 10 months a year, closing for a couple of months in the winter, Kinney said.

“It’s such a cool space,” Kinney said. “I felt like it should be something that’s open to the community.”

Erik Durbas, of Erik Durbas Designs, said the project would not change the exterior footprint of the building. The majority of the work will be to the interior, such as building a commercial kitchen and opening up the view to the river.

Durbas said the pilings that hold up the waterfront building are structurally sound. Prock Marine Co., of Rockland, will repair a few that have rotted this spring.

Kinney said she has sent letters to the two abutters to the property, Schooner Landing Restaurant and Marina and the Howard & Bowie law office across the street.

Board Chair Jonathan Eaton recused himself due to his friendship with the applicant. First alternate Dan Day voted in his place.

The planning board granted Kinney a parking waiver, which means she does not have to provide on-site parking because the building is near the municipal parking lot.

The board then approved Kinney’s application, pending a letter from the fire chief.

Kinney said she hopes to open the restaurant in July.

“I love downtown Damariscotta and I’m excited to be a part of it,” she said.

The next planning board meeting will take place at 6 p.m., Monday, Feb. 4 at the town office.