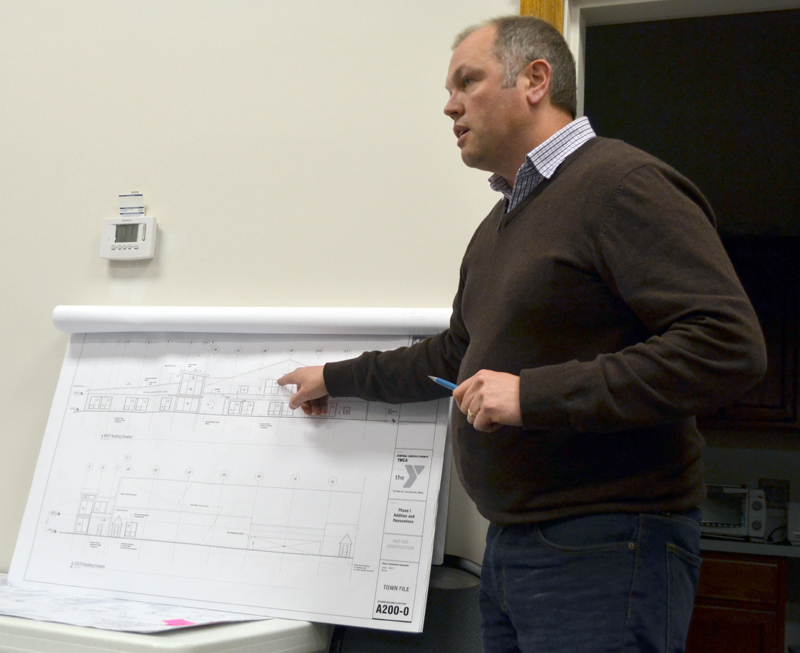 The Damariscotta Planning Board voted unanimously to approve the CLC YMCA’s plans for phase one of its expansion during the board’s meeting Monday, May 1.

The addition will include a new entrance and lobby for the Y, as well as a new fitness room, locker rooms, and mechanical space, according to the Y’s application. The expansion will extend the northwest corner of the building, bringing the Y’s area to a total of 53,825 square feet. The plan also calls for an expansion of the parking lot that will add 16 spaces near the baseball field.

The board’s approval came with conditions. Prior to starting construction, the plan must receive approval from Damariscotta’s fire chief. The Great Salt Bay Sanitary District will also have to sign off on the project. Weigman said the sanitary district has signed off, and he will forward an email indicating its approval to the town.

In addition, the YMCA has submitted an application to the Maine Department of Environmental Protection for a stormwater management permit. The plan includes “minor amendments” to a permit the YMCA originally received in 2013 and extended in 2016, Weigman said.

The YMCA will have to submit the DEP’s response to the town as one of the conditions of approval.

The board also required the YMCA to demonstrate its financial capacity to complete phase one. According to the application, the expansion is estimated to cost $6.75 million, which will be funded through a combination of donations, loans, and financing through Coastal Enterprises Inc.

At the time the application was filed, the YMCA had raised $4.6 million for the project. During the meeting, Hamblett and Anderson said the figure has increased to $5.4 million.

The board requested a letter from CEI with the dollar figure the YMCA will receive. Hamblett said the information could be available as soon as May 16.

A groundbreaking ceremony for the expansion is scheduled for Tuesday, May 9 in conjunction with the YMCA’s annual meeting, but construction will not begin until the Y meets all the conditions of approval, Glendinning said.

“The project manager has construction scheduled to begin by the end of the month, so as soon as the ducks are in line, the shovel will hit the ground,” Glendinning said.

In other business, the board approved an amended site plan for N.C. Hunt Lumber for outdoor storage and screening, heard Damariscotta River Association’s preliminary plans to subdivide a recently acquired property, and approved an agreement between Stepping Stone Housing Inc. and abutter Christine Rand regarding buffering between their properties.