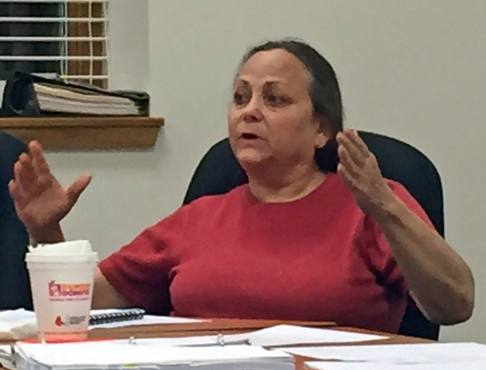 A Damariscotta Planning Board member chose not to stand during the Pledge of Allegiance at the beginning of the board’s meeting Monday, Nov. 13.

In an email response to a request for comment, Shari Sage said “allegiance from a nation’s citizens is perpetually earned” and that President Donald Trump’s administration does not honor the Pledge of Allegiance, specifically the phrase “liberty and justice for all.”

“Nothing done under Trump administration honors and enacts ‘give me your tired, your poor, your huddled masses yearning to breathe free’ (from ‘The New Colossus,’ a sonnet written to raise funds for the Statue of Liberty), ‘liberty and justice for all’ (from the Pledge of Allegiance), ‘land of the free’ (from the national anthem),” Sage wrote in her email. “History shows such mandatory, bully behavior of forced gestures requiring standing and/or saluting for pledges and anthems to be associated with dictatorships.”

The Nov. 13 meeting marked the first time in which the board started its meeting with the pledge.