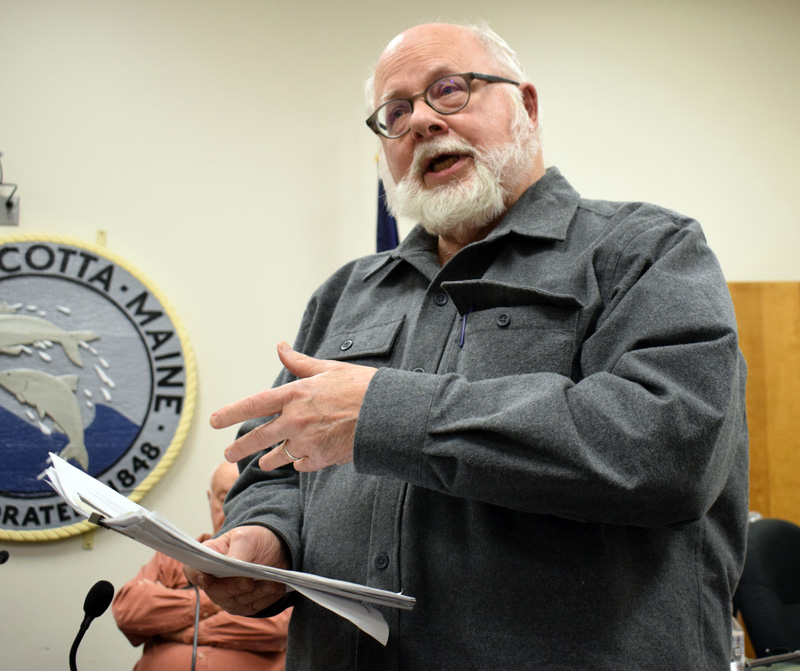 The Damariscotta Planning Board, on Monday, Jan. 6, recommended for approval a historic preservation ordinance that would encompass the Main Street historic district.

The planning board changed one portion of the draft ordinance to clarify that only the owner of a property can petition to have the property added to the existing historic district. The ordinance outlines a process to add a property to the district.

The ordinance would require property owners to obtain a certificate of appropriateness to alter the exterior of a building in a historic district.

The draft ordinance calls for the establishment of a three-member historic preservation review commission, which would review and either approve or deny applications for certificates of appropriateness.

Damariscotta residents and business owners asked questions about the impact of the ordinance during a public hearing before the planning board meeting Monday.

Bruce Rockwood, chair of the Damariscotta Land Use Advisory Committee, introduced the ordinance to the roughly 35 people in attendance.

Rockwood said that federal designation does not provide any protection from demolition or substantial changes to historic buildings. The ordinance would.

“One of the main goals here is to make sure that Damariscotta is a town that people want to visit because of the appearance, the walkability, the desirability of this as a small, historic community that attracts people that want to live and work here,” Rockwood said. 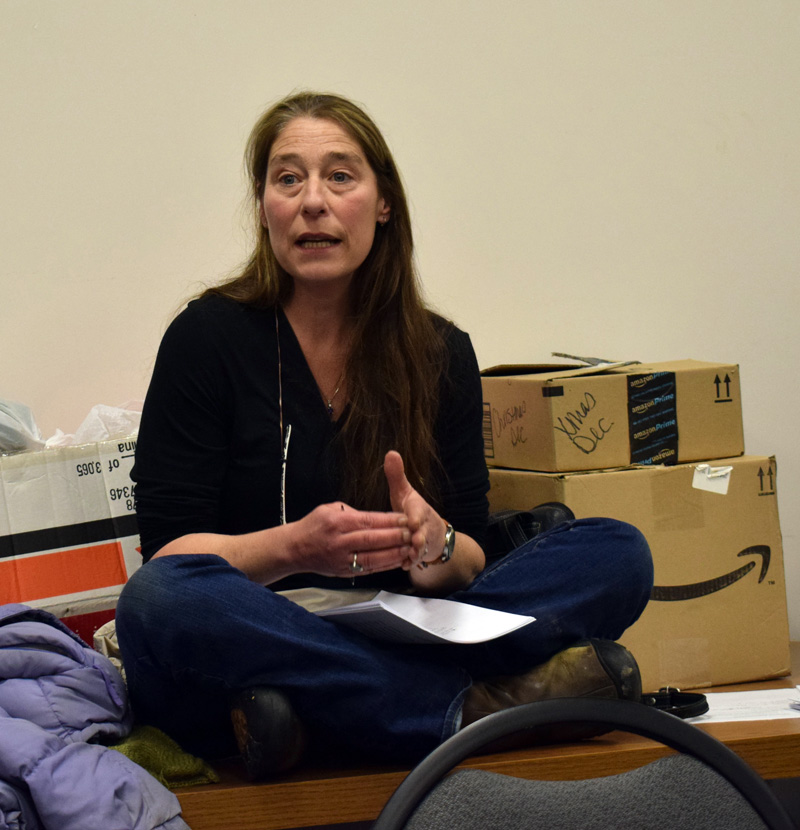 Susan Murphy, owner of Cupacity and of the Gilbert E. Gay Building, expresses concern about the impact of a historic preservation ordinance during a public hearing Monday, Jan. 6. (Evan Houk photo)

Several exterior modifications would be exempt from review by the commission, such as sidewalks, storm windows and storm doors, solar panels, “wind-powered units,” heat pump inverters not visible from the front street, or any landscaping or routine maintenance. The town planner would determine whether a modification is exempt and consult the chair of the historic preservation review commission if there is a gray area.

One question raised was how to install a heat pump on a downtown building so it is not visible from the front street.

Town Planner Bob Faunce pointed to a section in the ordinance that says if a heat pump is visible from the front street, the property owner must “minimize its visual impact.”

Marilee Harris, who serves as pastor of the Damariscotta Baptist Church and lives in the parsonage on Main Street, questioned whether the local designation would benefit the parsonage or any other buildings in the proposed historic district.

Faunce said there are no plans for a special tax on historic district properties.

Susan Murphy, owner of Cupacity and the Gilbert E. Gay Building, asked about qualifications for the members of the historic preservation review commission.

Faunce pointed to a section in the ordinance that reads, “All members of the commission shall have a demonstrated interest, knowledge, or training in historic preservation or closely related fields.”

The draft ordinance will now go before the board of selectmen for consideration. If the selectmen approve it, it will go to a referendum vote March 3 that would coincide with the Maine primary elections.

(Correction: A previous version of this article online and on the front page of the Jan. 9 edition incorrectly reported that the ordinance proposes a historic preservation review commission with five members. The commission would have three members. The Lincoln County News regrets the error.)