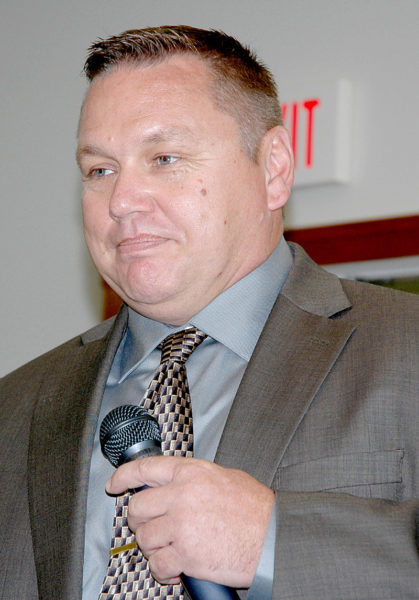 Ron Young addresses the Damariscotta Board of Selectmen during a special meeting to confirm his appointment as police chief Aug. 14, 2013. Young has been on “non-disciplinary” paid administrative leave since Jan. 12. (J.W. Oliver photo, LCN file)

Lutkus did not disclose the reason for the administrative leave, calling it a “confidential personnel matter.”

“There are some issues I am looking into, but beyond that, it is a personnel matter,” Lutkus said.

An interim chief has not been appointed. Sgt. Jason Warlick is overseeing department operations, Lutkus said.

An end date to the leave has not been set, Lutkus said.