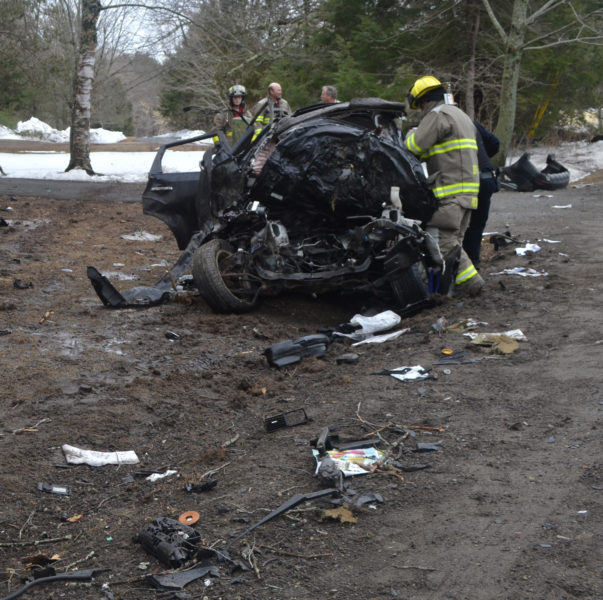 Damariscotta firefighters work on the scene of a single-vehicle accident on Bristol Road the afternoon of Tuesday, March 28. (Maia Zewert photo)

A 72-year-old Bremen woman was ejected and seriously injured in a single-vehicle accident on Bristol Road in Damariscotta the afternoon of Tuesday, March 28.

Mary Forde was driving a 2011 Subaru Forester south on Bristol Road at the time of the accident, according to interim Damariscotta Police Chief Jason Warlick.

The vehicle left the road, struck a large rock and trees on the northbound side of the road, and spun before coming to rest in a yard, Warlick said.

Forde was ejected from the vehicle through the windshield, Warlick said. Central Lincoln County Ambulance Service transported her to LincolnHealth’s Miles Campus in Damariscotta. A LincolnHealth spokesperson said she was transferred to Maine Medical Center in Portland. A status report was not immediately available.

The cause of the accident remains under investigation, Warlick said. Alcohol is not believed to have been a factor.

Debris littered the road and the yard. The engine was separated from the vehicle and sitting on the shoulder of the southbound lane.

The Lincoln County Sheriff’s Office also responded to the scene. 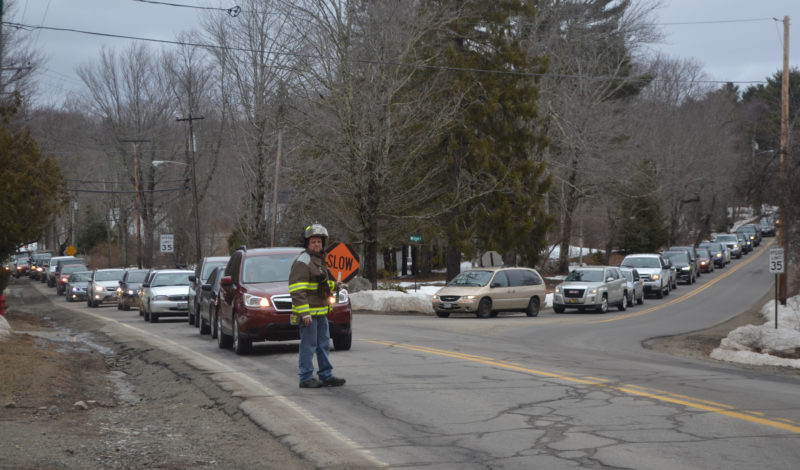 A Damariscotta firefighter directs traffic at the intersection of Bristol Road and School Street after a single-vehicle accident the afternoon of Tuesday, March 28. (Maia Zewert photo)