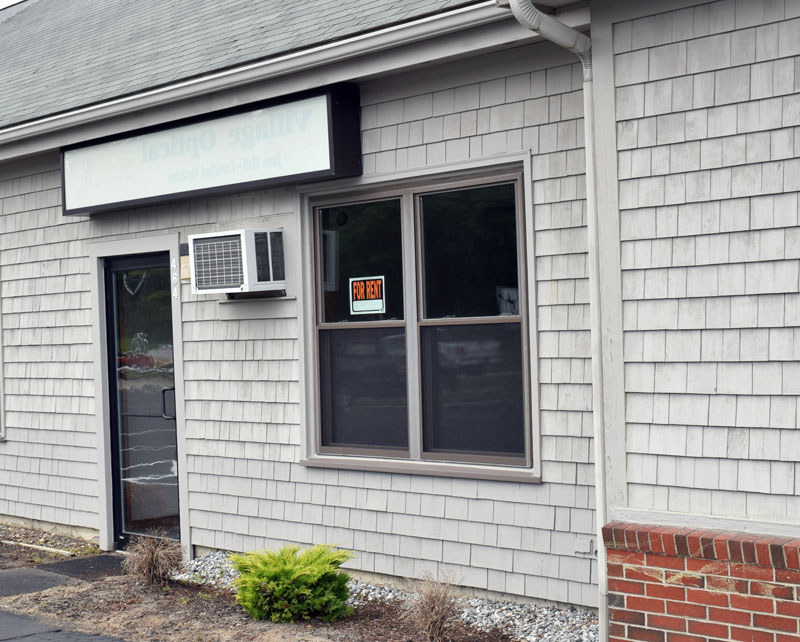 Two Bremen residents plan to open Damariscotta’s second and final – for now – medical cannabis storefront, Above and Beyond, in Main Street Centre, at 464 Main St.

The Damariscotta Planning Board will conduct a site visit at 4 p.m., Tuesday, Aug. 11. The planning board reviewed a pre-application for the business Monday, Aug. 3.

Charles Simmons and Danielle Simmons will co-own Above and Beyond, which is currently unincorporated, according to the pre-application. The business would also sell smoking accessories.

If approved, Above and Beyond would become the second and final medical storefront, joining Greenport Cannabis Co. If one closes, another could open with town approval.

Above and Beyond will offer medical cannabis in a location separate from the smoking and tobacco accessories area.

Also Aug. 3, the planning board decided to hold two public hearings on amendments to the land use ordinance, with dates to be determined. One amendment would ban “formula” businesses from downtown, while another would add more allowable land uses to the ordinance to reflect existing uses.

The land use advisory committee proposed the ban on formula businesses to prohibit chains and large franchise operations from the historic downtown, which the ordinance refers to as the Commercial 1 District.

“The purpose and intent of these amendments to the Damariscotta Land Use Ordinance is to address the adverse impact of nationwide, standardized businesses on Damariscotta’s historic downtown area,” the proposal states.

The formula business definition describes chain stores that have a trademark and standardized decor, color scheme, uniform, or menu.

Town Planner Bob Faunce said the definition would include businesses like Hannaford and Dunkin’ Donuts.

“For example, if a Starbucks wanted to locate downtown, if this was passed, it wouldn’t be able to. But if ‘Joe Smith’ wants to have a little coffee shop, this wouldn’t prohibit it,” Faunce said.

Faunce said these types of restrictions are sometimes attacked in court as being unfair by favoring local businesses over national ones. He said that in his research, he has not found any other towns in Maine that have a similar ordinance.

The planning board will also hold a public hearing about adding new uses and definitions to the land use ordinance for businesses that should be included but are not, according to Faunce.

Faunce said an example is that “gasoline station” is not listed as an approved use in the ordinance, but there are already three gas stations in Damariscotta.

“We’ve been working on the land use table as part of updates to the land use ordinance. When I went through the table, there were many uses you see around town that weren’t listed in the ordinance,” Faunce said.

Faunce said a lot of the use definitions have been updated and modified in the new draft of the land use table.