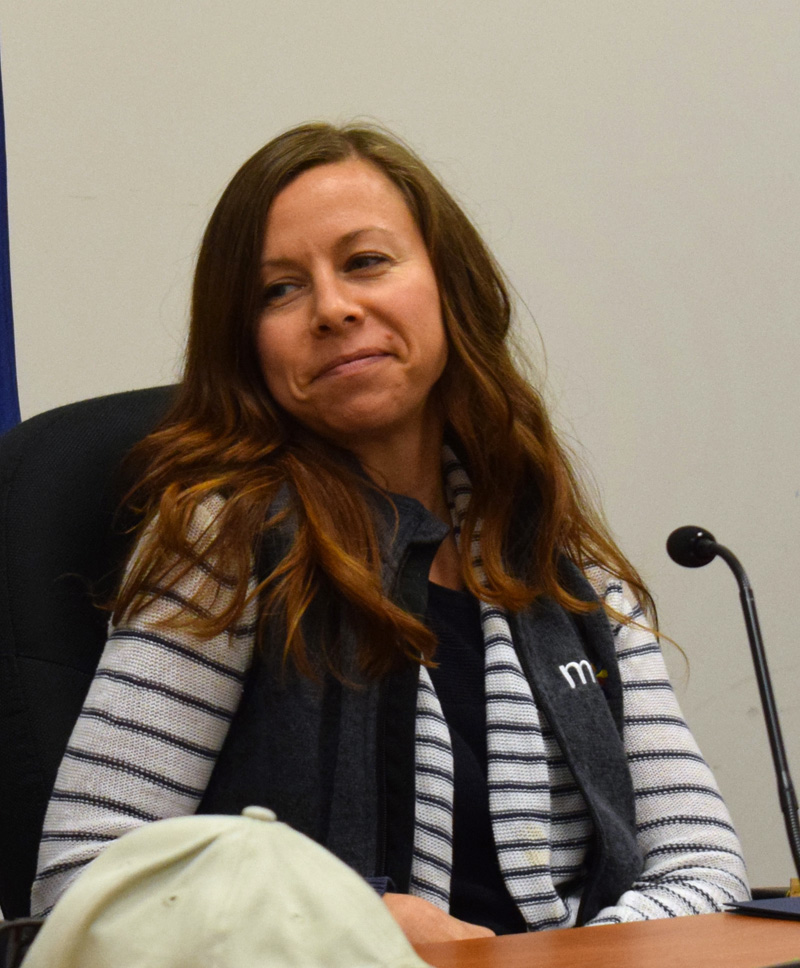 Damariscotta Selectman Amy Leshure will resign due to a move out of town, closer to a new job in Brunswick. Her last meeting will be Wednesday, Oct. 16. (Evan Houk photo)

Amy Leshure, vice chair of the Damariscotta Board of Selectmen, will resign due to a move out of town.

Leshure started a new job as an investment officer at the Maine Technology Institute, of Brunswick, in April. She recently decided to buy a house closer to work to reduce her commute time.

She said she will keep her house in Damariscotta and rent it out, but cannot serve on the board because it will not be her primary residence.

She said she has been commuting over 40 minutes each way since April.

Leshure said by email that she would stay on as a selectman if she was eligible, and she is disappointed that she will not finish her term.

“I really enjoyed that work and everyone I was on the board with,” she said in the email. “I don’t think the residents know how extremely lucky they are to have Matt (Lutkus) as their town manager. He is amazing, resourceful, and forward-thinking.”

Leshure was elected to a three-year term as a write-in candidate in June 2017. Her term would have expired in June 2020.

She worked as finance manager at Rising Tide Co-op before getting her new job.

According to Town Clerk Rebecca Bartolotta, the town will not have enough time to hold a special election Nov. 5, so it will likely take place next spring.

After a lengthy discussion of options at the Oct. 2 meeting, the selectmen voted to approve the purchase of an SUV cruiser for the Damariscotta Police Department.

The selectmen decided an SUV patrol vehicle would be more practical, especially in the winter.

“Years ago, before we had the (SUV), we were paying, like, $2,500 when the car would bottom out on one of these old, rutted roads in the wintertime,” Robin Mayer, chair of the board of selectmen, said.

Police Chief Jason Warlick had explained his plan to purchase an all-wheel-drive 2020 Dodge Charger because it was the only cruiser available within the balance of the capital reserve account for a new police vehicle.

The selectmen said Warlick could buy either SUV, depending on availability. The remainder of the funds will come from the town’s contingency account, which has a balance of about $22,000. 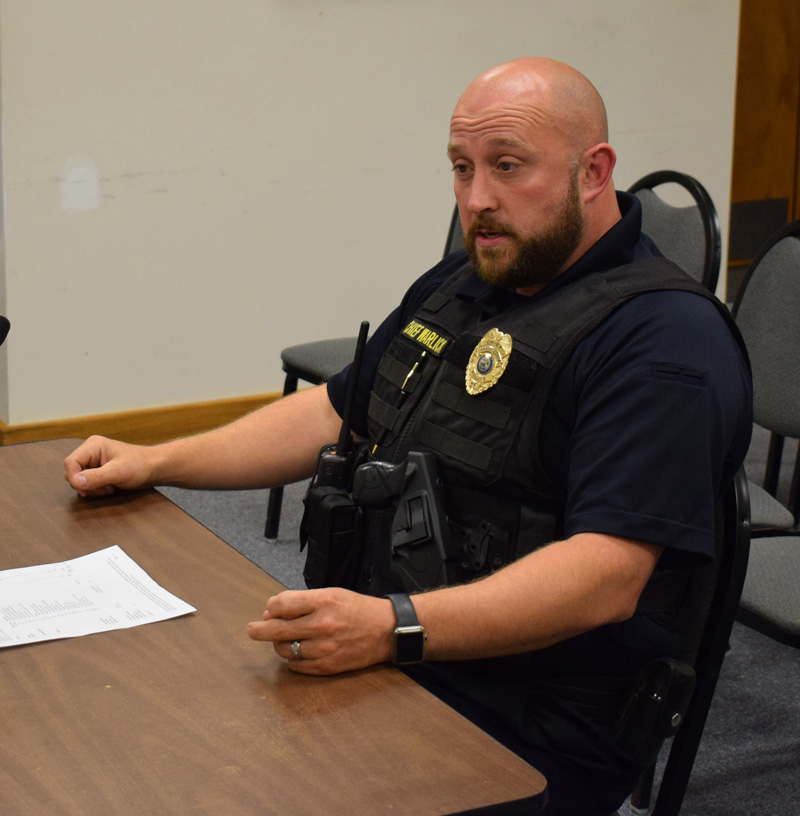 Warlick said he originally intended to buy a 2020 Ram 1500 pickup truck upon the vehicle’s release, but the model has been delayed and does not have a release date.

He said he couldn’t wait for the truck and decided to go ahead with another new cruiser, as it is necessary for the department.

Warlick said requesting bids for a new cruiser would not save the town money because the manufacturers only offer one price for the cruisers and each has to be ordered.

The department currently has a Ford Explorer and a Ford Taurus sedan.

Warlick said the Explorer was recently rear-ended on Bristol Road during a traffic stop and the frame needs to be repaired. Officer Melodylee Pinkham was in the cruiser at the time.

“Fortunately, we had taught her right. She was in her vehicle, on the stop, lights on, and got hit at 30 miles an hour, got rear-ended by an elderly male,” Warlick said.

Pinkham suffered a sprained thumb, but did not miss any work, Warlick said.

Warlick said there was no distracted driving involved, but the police made out an adverse driving report because the driver “probably shouldn’t be on the road.” Further details of the crash were not available at press time.

Warlick said the SUV will take two to three weeks to repair, leaving the department with only one cruiser. He said the Taurus is six years old with 130,000 miles and needs to be retired from primary service.

The department plans to keep the Taurus as a spare vehicle.

The selectmen will hold an open question-and-answer session concerning the proposed ordinances to regulate the manufacture and sale of medical and recreational, or adult use, marijuana at 5:30 p.m., Wednesday, Oct. 16.

The selectmen agreed that the topic at the session should be limited to procedural questions about the ordinances and what each article will mean for the town if approved.

“I think it should just be questions about the proposed ordinances. That ‘if I vote for this, and I don’t vote for that, then what does that mean?’ You don’t want to pass one part if the other part doesn’t pass,” Mayer said.

Damariscotta voters will consider the ordinances in a referendum Nov. 5. If approved, they will take effect Jan. 6, 2020.

The recreational ordinance by itself would not allow for the sale of edible marijuana products unless Damariscotta voters approve the edible amendment.

For more information about the ordinances, go to bit.ly/33hlvBg.