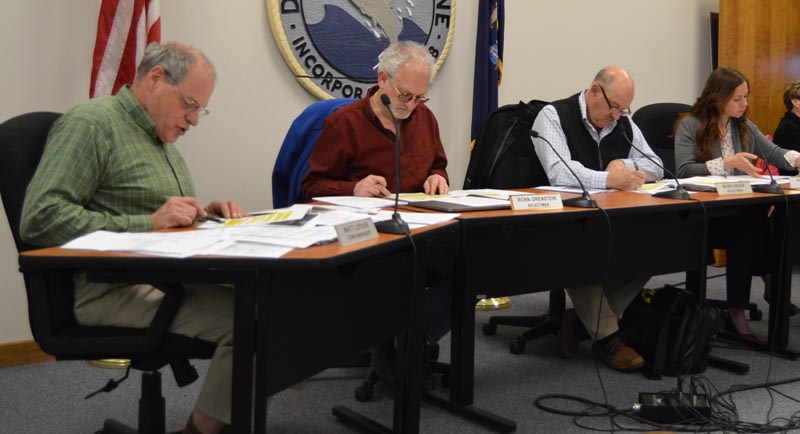 The Damariscotta Board of Selectmen voted 3-1 on May 1 to approve draft regulations for medical and recreational marijuana businesses, which will go to public hearings before a townwide referendum vote in November.

The ordinances would permit the retail sale, cultivation, manufacturing, and testing of marijuana and marijuana products with a town license.

The town will hold public hearings on both ordinances, as well as related amendments to its land use and site plan ordinances, beginning in August.

The rules for medical marijuana limit the maximum number of registered caregiver retail licenses to two, including one for Greenport Cannabis Co., which already has a state license.

The ordinances are similar in structure and content as far as licensing requirements and procedures for obtaining licenses.

The main difference between the two is a ban on edible marijuana products in the adult use ordinance.

The ordinance defines such products as those “intended to be consumed orally, including, but not limited to any type of food, drink or pill containing marijuana or marijuana concentrate.”

To apply for a license for either an adult use or a medical business, any applicant must first register with the state, provide proof of registry, and pay the town a nonrefundable license fee.

Applicants must also provide a release for the town to conduct a background check on any “officer, owner, member, manager, or partner” in the entity.

Applicants must provide evidence of all land use approvals and evidence of planning board approval.

Both ordinances include a definition of a “disqualifying drug offense” for marijuana licenses: “a violation of a state or federal controlled substance law that is a crime punishable by imprisonment for one year or more.”

However, the disqualification does not apply for sentences completed 10 or more years prior to the application or for any offense that would now be legal under the Maine Medical Use of Marijuana Act or the Maine Adult Use Marijuana Act.

The next step for an applicant would be a public hearing before the selectmen.

If, in the 30 days after the town receives its first application, it receives more applications than the number of licenses available, a lottery clause kicks in to ensure fair consideration for all applicants.

The lottery will determine which applicant will receive the first opportunity for a public hearing.

The selectmen will have the final say on whether each applicant meets all the requirements and will direct the town clerk to either issue a license or not.

Applicants must be at least 21 years old, must live in Maine, must not have had a marijuana license revoked by another municipality or the state, and must not provide false or misleading information on a license application.

Marijuana businesses must have private alarms and video surveillance systems, as well as odor mitigation systems approved by a Maine-licensed engineer who confirms that no odors are detectable off premises.

Any violation of either ordinance will be punishable by revocation or suspension of a license, as well as a fine of $500-$2,500 for each offense.

Changes to the land use and site plan review ordinances that will also be up for vote in November include adding most of the marijuana-related definitions from the two new ordinances and specifying which types of establishments can be in which zone.

Under these changes, home cultivation of marijuana will be permitted in all zones, as permitted under state law. All other cultivation, manufacturing, testing, and retail marijuana businesses will be limited to the C2 commercial district – the commercial area excluding the downtown – and the rural zone.

Both draft ordinances are available at damariscottame.com.