A $2,500 contribution toward the Fourth of July fireworks show drew the most discussion of the 46-article warrant Damariscotta voters approved during annual town meeting Wednesday, June 14.

Budget committee Chair Dick Mayer and member Shari Sage said the committee’s recommendation against the appropriation came from the members’ belief that taxpayer money is not needed for the show to go on.

“We’re very concerned about the ability of some of our residents to be able to pay their taxes, and the ability to tax is a very potent power that should be used with utmost thought,” Mayer said. “I know I sound like the grinch who stole the Fourth of July, but there are many other priorities that we have to fund.”

Voters ultimately approved the selectmen’s recommendation with a 24-23 vote, the closest vote of the evening.

Mayer made similar remarks when residents considered funding requests from area nonprofits. Eight organizations submitted requests to the town for a total of $15,165, an increase of $3,665 or 31.89 percent from the previous year. Voters approved all requests. 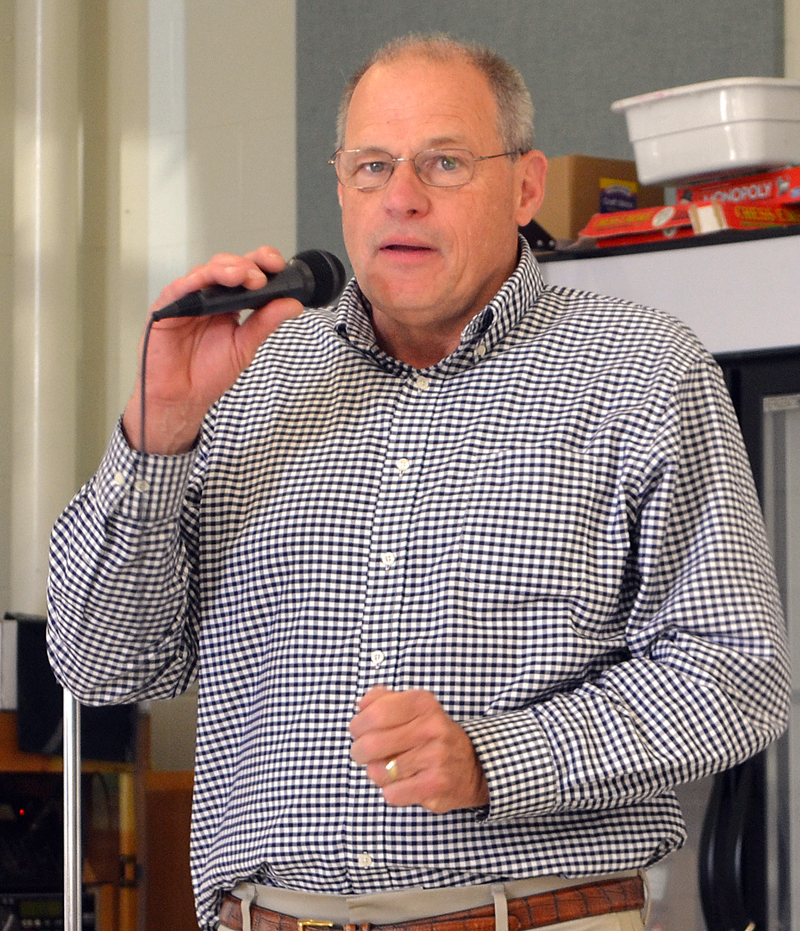 Residents also voted to authorize the selectmen to enter into a contract for the purchase of a new fire truck in fiscal year 2019. The new truck would replace two of the department’s aging trucks, according to Damariscotta Fire Chief John Roberts.

It will take approximately a year for the custom truck to be completed and delivered, which is why the selectmen needed authorization from the voters to enter into the contract, Roberts said. Residents overwhelmingly approved the authorization with a 44-4 vote.

Later in the meeting, Roberts also announced the continuation of the department’s fund drive for a vehicle to replace Engine 2, a 1984 GMC forestry truck.

The new vehicle will respond to brush fires, woods fires, and other emergencies in which a larger fire truck is not necessary, like downed trees or utility wires, Roberts said.

Including customization, the new truck will cost more than $50,000, and will be completely funded through donations to The Massasoit Engine Co., Roberts said.

The Massasoit Engine Co. has been providing volunteer firefighting services for the town since 1875. Since 1996, the nonprofit has donated more than $250,000 to the town, Roberts said.

The budgets for the fire department, the Damariscotta Police Department, the Central Lincoln County Ambulance Service, and others were voted on together, in one article, which drew criticism from Damariscotta resident Jim Campbell.

“The police department should be standing on its own,” Campbell said. “I think they’re doing that because they know it’s going to be voted in because of what it’s grouped with.”

The police department budget totals $519,753.87, an increase of $25,609.87 or 5.18 percent. The increase allows the town some flexibility in pay and benefits dependent on a new hire. The police department has a vacant full-time position due to the resignation of Chief Ron Young in March. The selectmen appointed Jason Warlick as interim chief, but have not indicated how they plan to proceed.

Voters also approved the use of $150,000 from surplus to offset the amount to be raised through taxes.

Technical changes to the shoreland zoning ordinance and formatting changes to several of the town’s ordinances were approved. 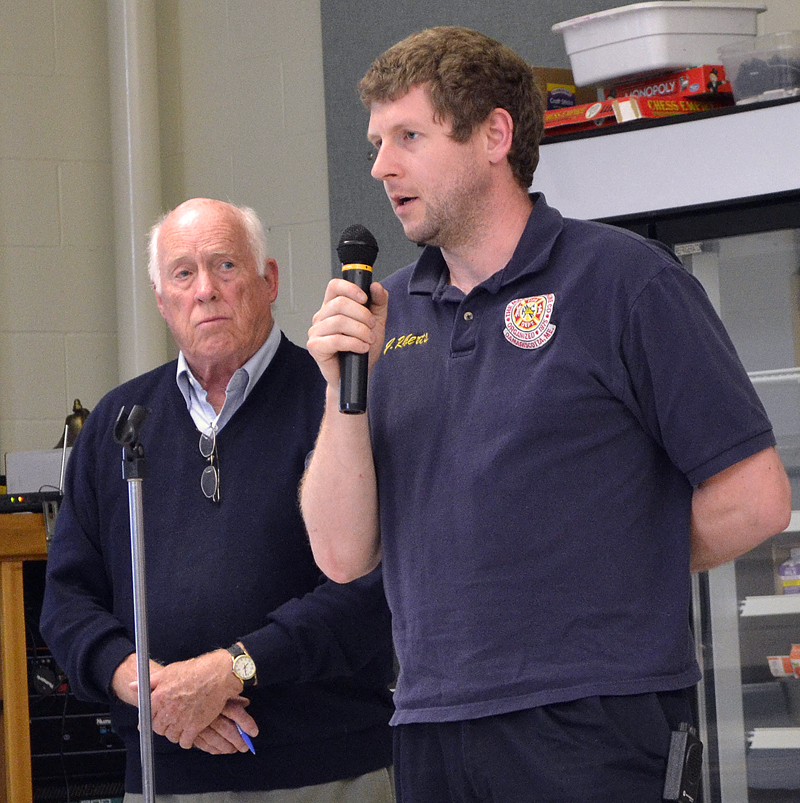 For the past two years, the town’s ordinance format committee has been in the process of updating ordinances to create uniformity, Town Manager Matt Lutkus said.

“The mission of this committee was to come up with a consistent format so that anyone can readily find the information they’re looking for,” Lutkus said.

The town’s solid waste ordinance was repealed during the meeting. The ordinance pre-dated Damariscotta’s contract with the Nobleboro-Jefferson Transfer Station and was no longer needed, Lutkus said.

Residents elected Pat McLean to serve on the Damariscotta Cemetery Committee for another three-year term.

Karen O’Bryan and Joyce Polyniak were re-elected to the Damariscotta Budget Committee for three-year terms. Susannah French and Dana Orenstein were also elected for three-year terms after receiving nominations from the floor. The budget committee still has a vacant seat for a one-year term and two alternate seats for a three-year and a two-year term, respectively.

During the selectmen’s meeting prior to the annual town meeting, the board voted to form a committee to develop a draft amendment to the town’s land use ordinance that incorporates elements of form-based codes. The decision came out of a workshop between the selectmen and the Damariscotta Planning Board earlier this month.

Anyone willing to sit on the budget committee or the new committee regarding form-based codes is encouraged to contact Lutkus at 563-5168.