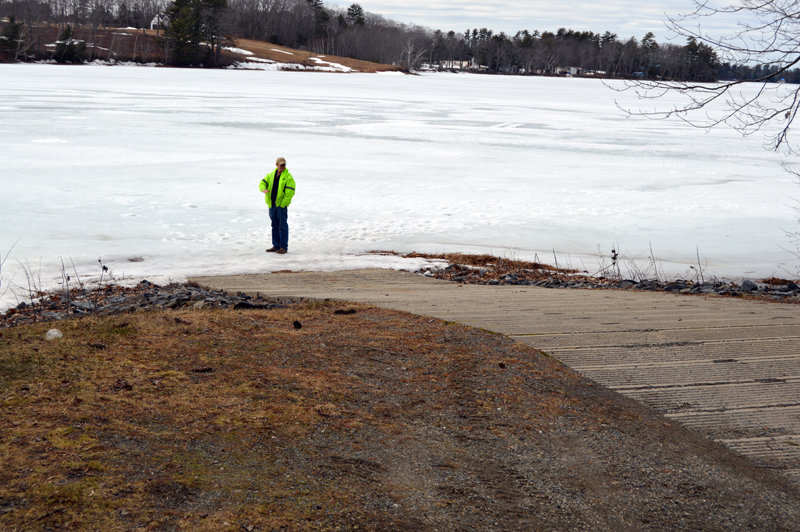 AquaFortis Associates LLC had appealed the order. The DEP responded to the appellant’s objections, which the court shot down one by one.

It’s almost too good to be true for Whitefield resident George Fergusson, of the Clary Lake Association.

“We are quite pleased with the decision,” Fergusson said in a recent interview. “We waited four years.”

Justice Daniel Billings hammered down the gavel in favor of the respondent, the DEP, in Wiscasset a couple of weeks ago.

According to Billings’ decision and order, the appellant has until March 19 to appeal to the Maine Supreme Judicial Court.

Otherwise, the DEP will move ahead with its previous attempts to restore the water level, according to Kathy Howatt, hydropower coordinator for the DEP.

“We won’t make any move until the appeal period has passed,” she said in a phone interview this week.

After the deadline, if there is no appeal, “The department will take the necessary action to enforce the water-level order,” Howatt said. What form enforcement will take remains to be seen.

The DEP had issued a notification of violation of the water-level order, which it has not been able to enforce while the court battle ensued over the past four years. Howatt has been involved in the dispute from the start.

The possibility of fines for non-compliance exists if the appellant persists in violation of the water-level order, she said.

There are legal complications in the case because of the current status of Pleasant Pond Mill LLC, which is undergoing bankruptcy proceedings and has been in the process of dissolution, Howatt said.

The town of Whitefield could have foreclosed on the property for non-payment of town taxes, but selectmen have decided not to on the advice of legal counsel.

Fergusson, who is the secretary of the Clary Lake Association, began a campaign to raise the water level to its original level seven years ago, evolving into a four-year court case with AquaFortis, originally with Pleasant Point Mill LLC, as the appellants.

“The bottom line is, I really don’t know how the DEP is going to approach enforcement of the Clary Lake (water-level order), but I know they’re going (to) take assertive action, and I can’t wait,” Fergusson said in a post on the Clary Lake Association website.

Clary Lake Association members have long desired the return to the water level set by the original dam builder and owner, Henry Clary, in 1903.

Fish, loons, and other wildlife have made the lake their home, and property owners have raised families along its shores, sharing many memories, Fergusson and his wife, Margaret, said.

The 680-acre manmade lake makes up part of the Sheepscot River watershed and has an inlet at the opposite end of the lake from the dam.

The appellants have said the dam gates have a hole, leaving the dam breached, Fergusson said.

A while ago, when the hole was small, Fergusson said the hole could have been filled by stuffing a pillow in it, but since then, it has become larger, necessitating repair.

“A temporary fix could certainly be done,” he said.

Fergusson does not think AquaFortis is likely to appeal because of the solid case against all of its objections in the decision. However, Clary Lake Association members like the Fergussons keep wondering what will come next, and whether a resolution would be too good to be true.

Attempts to reach Smith and Kelly for comment were unsuccessful.

Many lakefront property owners on both the Jefferson and Whitefield shoreline may well see the lake raised to the level they have desired and known in the past. That prospect keeps residents like Fergusson vigilant and ready to re-enter the fray if necessary.