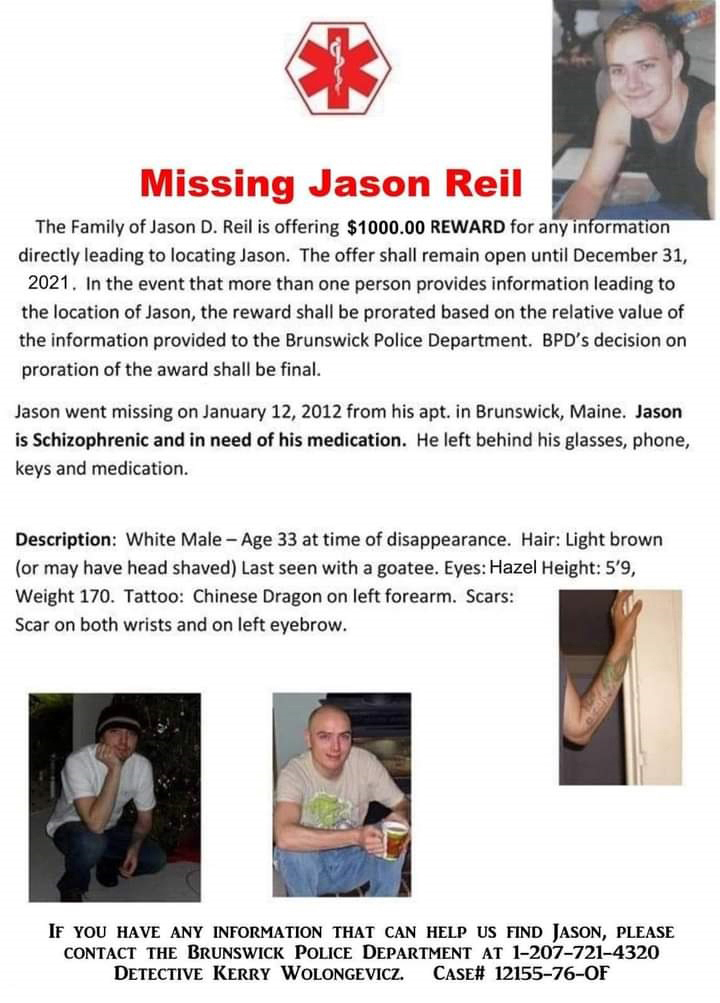 A flyer details a $1,000 reward for information leading to the location of Jason D. Reil. Missing more than nine years from his home in Brunswick, Reil has family in Edgecomb.

When Jason Reil disappeared from Brunswick in January 2012, family members were left scrambling for answers. Nine years later, his aunt, Vikki Cunningham, of Edgecomb, is still waiting for closure. Her nephew has not reappeared, nor has his body been found. At present, he is another one of Maine’s missing persons, gone but not forgotten.

According to The Charley Project, a website that profiles missing people, Jason Reil has been missing since Jan. 12, 2012. That morning, he left his father’s apartment in Brunswick and took a walk. Days later, he appeared on camera at a local pharmacy. His own apartment was left intact with critical, everyday possessions. No one, including his family, has heard from him since. Days and weeks turned into months, and months morphed into years.

In a phone interview on Feb. 6, Cunningham said that her family had been actively searching for her nephew since his disappearance. She has put up fliers and attended candlelight vigils.

At first, the family believed answers would be forthcoming. “I really thought there would be closure with no good ending,” Cunningham said. However, as time wore on, the mystery of her nephew’s disappearance yielded no good answers.

Over the years, Cunningham has held onto good memories. She remembers her nephew as “very quiet” but kind-natured. A free spirit, he spent time in New Hampshire, Florida, and across Maine. His sister, Angela Reil, said her brother was a poet and an artist. He had been diagnosed with schizophrenia but was not defined by mental illness. In the time before his disappearance, he had volunteered at a food pantry in Brunswick.

Today, Tammy and Ken Reil are offering a $1,000 reward for any credible information regarding the disappearance of their nephew. In a phone interview from her home in South Carolina, Tammy Reil said that she hopes the reward will generate tips and help the Brunswick Police Department gather accurate information related to the case. She is also hopeful that recent media coverage in Maine will help keep her nephew’s name alive.

A family-run Facebook page has received very few leads over the years and messages to the page have waned over time. However, a family friend has helped gather information, and fliers are posted every January in the Brunswick area. A recent television piece focused on Jason Reil’s disappearance and the reward that is being offered through the remainder of 2021. 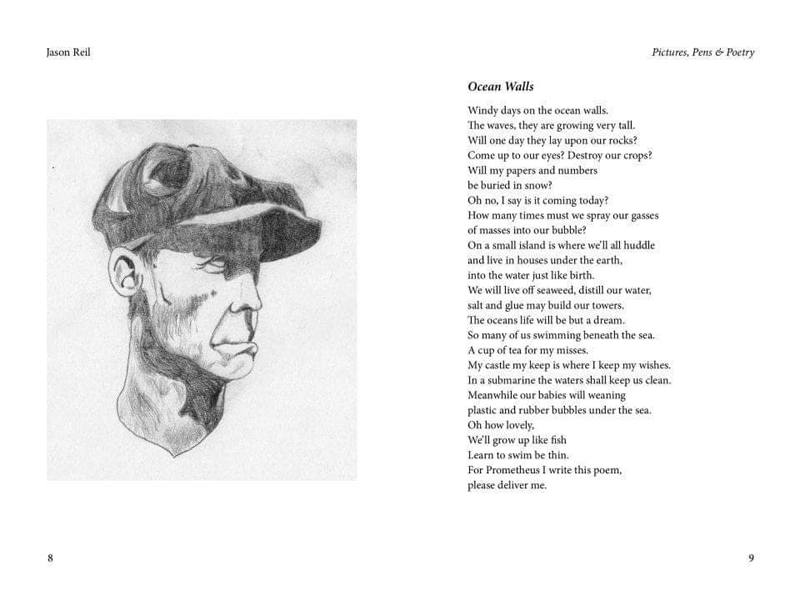 The lack of closure has taken a toll on the family. Jason’s father, Doug Reil, died in June of 2014 without ever knowing what had happened to his son.

For now, the family is left to wait and wonder. Did mental health issues cause Jason Reil to become homeless or end his life? Was he the victim of foul play? Regardless of what happened, he has not been forgotten. As Cunningham said, “he is loved, he is missed.”

For more information, see the Facebook page Missing and Loved — Jason Reil. Those with direct knowledge of the case are urged to call the Brunswick Police Department at 721-4320.