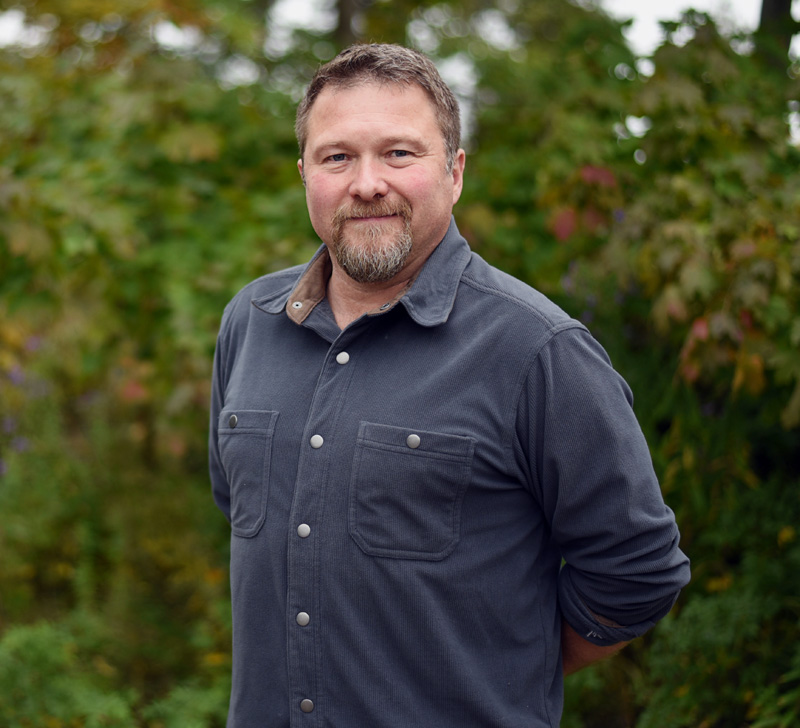 Van Knowe grew up in the Cape Ann area of Massachusetts and moved to Round Pond almost nine years ago from Nashua, N.H.

He graduated from Masconomet High School in Boxford, Mass., where he learned carpentry skills. 22

“It’s always been a great skill to have,” he said. “I think we need to move more in the vocational schooling direction.”

Van Knowe is the bar manager at The Bradley Inn, at Pemaquid Point, and also works at Hannaford Supermarket in Damariscotta.

This is his first time running for office; however, Van Knowe said he has been interested in politics for most of his life and has worked on campaigns in the past. He describes himself as socially libertarian and fiscally conservative.

Van Knowe said he is in favor of medical savings accounts, which would work in a manner similar to a 401(k) retirement plan.

He said the accounts would “empower consumers to make their own choices with their own money” and lead to more transparency in hospital prices.

“The more we use a system where someone else pays your bill for you, the less value that product has, and the more overused it will get,” he said.

He said kids should be able to open the accounts early in life, without government restrictions.

“That frees up people to be able to purchase catastrophic plans that are truly catastrophic plans. That way you are able to save yourself money,” he said. “In other words, you’re not buying a medical plan that covers you for aspirin at the hospital when you’ve already saved money and you can buy your own aspirin. Therefore, your out-of-pocket expense is much less for insurance.”

“The more we get people paying for their health care directly, the more cost-effective the system will become,” he said. “They empower individual consumers to pay their own bills, look at their own bills.”

Another thing Van Knowe said he would like to focus on is the state’s drug problem. He said the issue is particularly important to him, having lost a niece to heroin addiction.

“People that are in the throes of an addiction like that are not making a free choice. They’re completely consumed by this addiction, and it destroys everything about them,” he said.

Van Knowe said he would like to see Maine adopt legislation like Florida’s Marchman Act, which would allow people to involuntarily commit a loved one with a drug addiction into a treatment facility for 90 days.

Maine only allows involuntary commitment for two or three days.

“That’s what an addict needs, to start to get well, is to hit the bottom,” Van Knowe said. “In some cases, through government programs, there is no bottom. You can’t create a bottom for them because their enabler is, in some cases, even the government.”

“It won’t save everybody. Nothing is 100 percent, but if you can hopefully get enough of those people into treatment for a 90-day plan, at least it gives them the time to have the clarity to be clean from it, and to at least be able to look at themselves and look at their life and what they’ve been doing to it,” he said.

“An act like this is a last resort. That can be the last resort that saves your loved one,” he said.

Another issue Van Knowe would like to address is the labor shortage in the state.

He said able Maine residents need to be encouraged to enter the workforce, rather than having many local employers participating in visa programs to hire help from out of the country for the busy summer months.

Van Knowe said he would like to pursue better fraud detection in the disability program.

“There are lots and lots of people, young people, that are on disability, and I think we need to look at how we can get them better,” he said. “You can’t have a society where people from 18 to 88 are on disability all their lives.”

“I think we put a lot of able-bodied folks on different social programs without requiring work,” he said. “I think that that’s really the key to beginning to turn our economy around. It’s not visa programs, it’s getting our own healthy people into the job force.”

Van Knowe said he would also like to see a filing system or platform created to match employers with local people looking for jobs.

Van Knowe can be contacted at 844-9954 and rvanknowehouse90@yahoo.com.