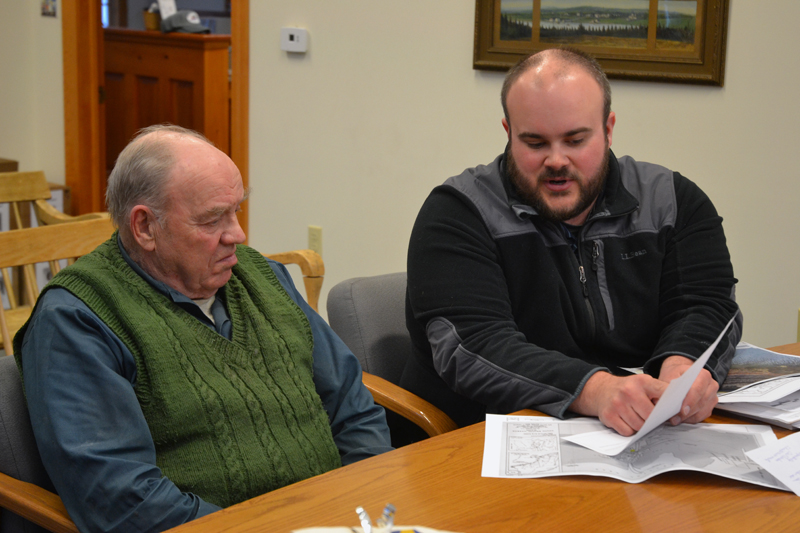 After a meeting between the South Bristol Board of Selectmen and representatives of the Maine Department of Transportation, a contractor will remove a portion of a concrete slab underneath the new drawbridge in South Bristol.

Burnham recently wrote a letter to the state regarding his concerns about the hazard near a bridge abutment.

After completing an $11 million replacement of an aging and malfunctioning swing bridge between mainland South Bristol and Rutherford Island with a drawbridge, the DOT soon received complaints that some boats were having trouble navigating the channel at low tide because of ledge.

The DOT awarded a $595,655 contract to Prock Marine Co., of Rockland, on Dec. 17, 2018, for the removal of ledge on the southern side of The Gut, closest to Rutherford Island, and along the length of the bridge.

However, a concrete slab, part of the foundation of the previous bridge, has also caused issues with navigation.

“There’s been a lot of close calls there,” Selectman Chester Rice said during the March 14 meeting.

Stetson expressed confusion, as the concrete foundation had not been brought up in previous meetings. Rice said it had not been an issue in the past, as it had been covered up.

“The minute the bridge opened, everyone started complaining,” Rice said.

To reduce the hazard, Stetson said the contractor could chip away at a portion of the concrete foundation. The work would be done without being too invasive for the abutment, he said.

An effort would also be made to bevel the surface to make it smoother, Stetson said.

The selectmen expressed support for the proposal.

“If you take the sharp part of it off and do what you can with the rest, from the complaints I’ve heard, that will fix it,” Rice said.

The contractor plans to complete the chipping of the ledge during low tide the week of March 18, Stetson said. He did not expect the concrete removal to push the project’s completion date past the March 31 deadline.

The concrete work will not cause additional impacts to marine or road traffic beyond what the contract allows, Stetson said. The contract allows for bridge closures between 10 p.m. and 5 a.m., which the contractor has utilized only when working directly under the bridge.

“This work will also be directly under the bridge and may require a nighttime closure for the bridge to be opened for an extended period of time to assist with material removal,” Stetson said in an email.