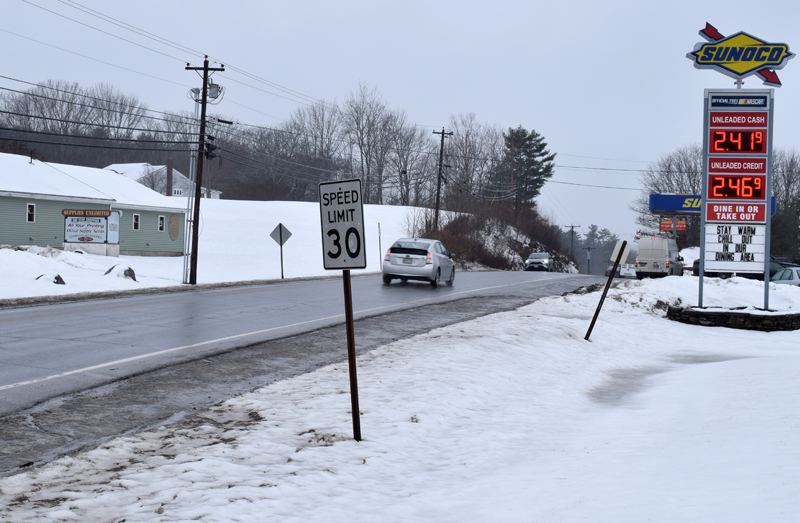 The speed limit currently rises to 40 mph near the intersection of School Street. Now, the speed limit will be 30 mph to Back Meadow Road, near the 619 Main St. branch of Damariscotta Bank and Trust.

A Jan. 28 letter from David Allen, Midcoast region traffic engineer for the DOT, to Damariscotta Town Manager Matt Lutkus, says the DOT will post signs with the new speed limits “within the next few weeks.”

The signs for the area after Belvedere Road currently say 40 mph, which is wrong, according to the DOT. The DOT will remove the incorrect sign.

The decision follows a DOT review spurred by an April 2019 request from the Damariscotta Board of Selectmen to review the stretch of Main Street near Inn Along the Way and Route 1.

John Gallagher, a representative of Inn Along the Way Inc., had approached the selectmen with a request to lower the speed limit in that area to 30 mph.

The selectmen voted to send a letter to DOT requesting a speed review.

Rather than change the speed limit in the area near Route 1 that was the subject of the request, the DOT decided to extend the 30-mph speed limit from the area of School Street to Back Meadow Road.