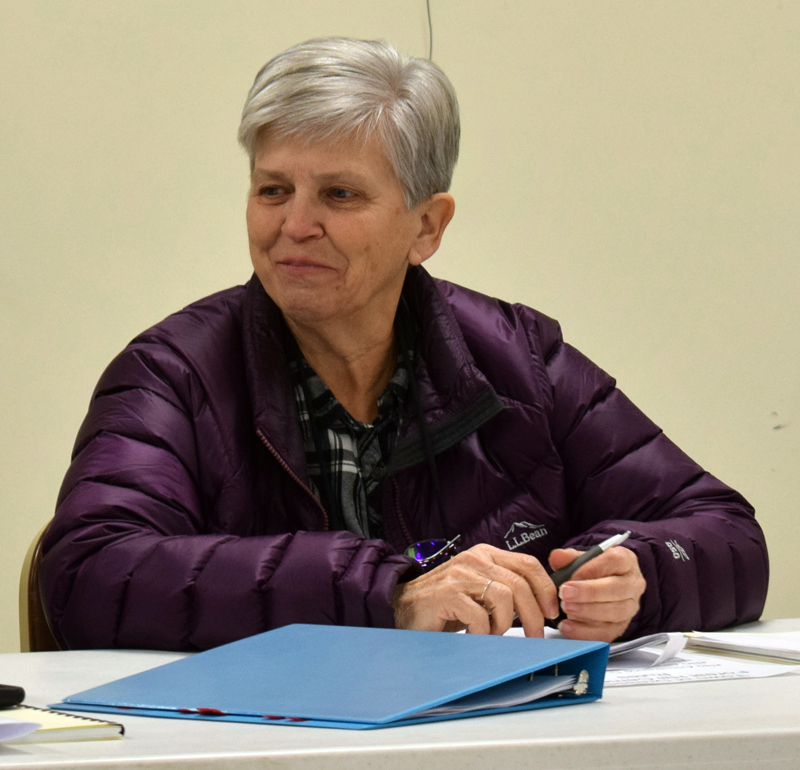 Dresden First Selectman Trudy Foss will resign from the position because she is moving to Richmond, she said Tuesday, Jan. 21. Her last meeting will be at the end of February.

She will also resign from the position of health officer.

“I’ve enjoyed working for the town for the past many years and will still be in town doing the water department position, which I am retiring from at the end of December 2021. This position does not require me to be a Dresden resident,” Foss said in the letter.

Foss is the supervisor of the Dresden Water District, which serves a small number of homes in the village.

Moeller said a special election to fill the first selectman’s seat will coincide with one of the state elections, in March or June. Foss’ term expires June 30, 2021.

Lilly and Moeller thanked Foss for her service to the town.

Foss worked in the town office from 1989-2018, then ran for first selectman shortly after her retirement. 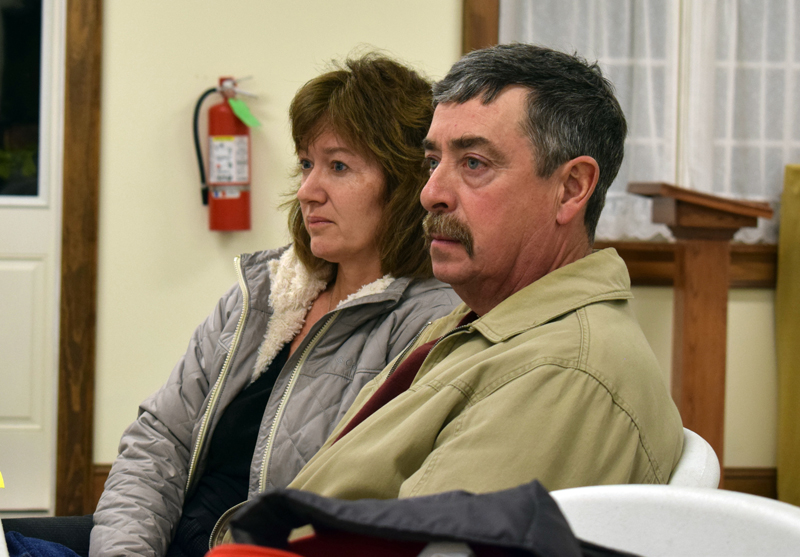 Forest Hill Cemetery caretakers Sherry and Dan Moody meet with the Dresden Board of Selectmen to discuss the transfer of the cemetery to the town. (Evan Houk photo)

The town will establish a five-person committee and a sexton position to oversee Forest Hill Cemetery as it prepares to accept ownership of the private cemetery.

The selectmen met with Sherry and Dan Moody, caretakers of the cemetery, Tuesday.

The selectmen reviewed the cemetery committee bylaws and cemetery rules with the Moodys.

At annual town meeting June 15, 2019, Dresden voters approved the transfer of about $30,000 from the Forest Hill Cemetery Association to the town and the creation of the sexton position, appointed by the selectmen for a three-year term.

The association has the $30,000 in a certificate of deposit, which it uses as a perpetual care fund. The town will keep the funds in an account for the cemetery.

The cemetery is east of the Dresden Fire Department, near the intersection of Routes 128 and 197.

The selectmen said the town’s attorney, Jessica Avery, has been directed to draft a deed that will transfer the cemetery to Dresden.

Town Administrator Michael Henderson laid out the next steps the town needs to take to finalize the transfer.

After an executive session, the selectmen voted to direct Avery to look into the steps required to take legal action to prove that Ballard Road is a town road.

The town has been in a dispute with Heather Beasley, owner of the Ballard-Milligan Gravel Corp., over various issues related to her gravel pit. The issues include the ownership of a section of Ballard Road that has been consumed by her pit.

Town Administrator Michael Henderson said the legal action will allow the courts to answer the question of ownership once and for all.

The Dresden Board of Appeals is currently considering Beasley’s appeal of a stop-work order from the town related to alleged ordinance violations at the pit.