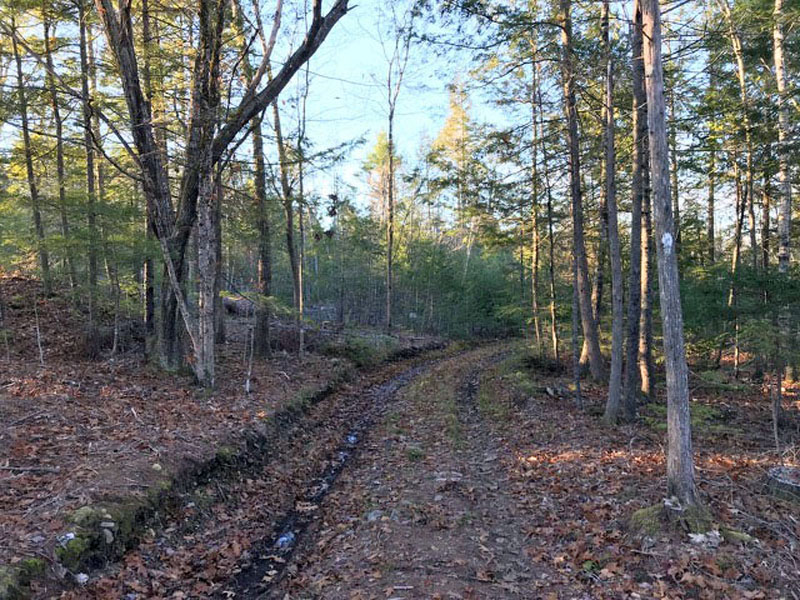 A nonprofit wants to turn its 63 acres of land in Dresden into Maine’s first location for open-air cremation, hoping to give people a new option for managing death.

Angela Lutzenberger has spent much of her life working around death. She founded Good Ground Great Beyond so a person’s death can reflect the way they lived.

“Everyone should have access to exactly the kind of dying and death that resonates rightly with how they have lived, that rings with true meaning,” Lutzenberger says on the organization’s website.

Lutzenberger started volunteering in hospice care as a high schooler in the Boston area. “I became interested in what happens after death — where does their agency go?” she said.

She earned a Master of Divinity degree from Naropa University in Colorado in 2008. She now works as a hospice chaplain, tending to a patients’ spiritual needs at the end of their lives. She has lived in Maine for the past 10 years.

Lutzenberger practices Buddhism, and she started to wonder how people outside her spiritual community view death practices, including open-air cremation. Colorado is home to the only two funeral pyres in the United States — a private pyre at a Buddhist temple and a public pyre available for use in the small town of Crestone.

Lutzenberger got involved with the Crestone End of Life Project while living in Colorado and learned about the cremations the project has held since 2008.

The pyre is made of concrete lined with bricks, and the body lies on a steel grate on top. The body is typically wrapped in cloth and topped with scented branches, like juniper.

According to Lutzenberger, there has already been some support from Maine residents for an outdoor cremation site. She believes Maine is an ideal location because the state is so rural and “people are so independently minded.”

Although Good Ground Great Beyond has 63 acres of land, there would only be one pyre. The website states that the rest of the land would be “a contemplative community sanctuary” and a scattering garden.

Lutzenberger did not reveal the location of the property, but Dresden tax records say she owns a 74-acre parcel on Middle Road.

Lutzenberger does not intend to make any money from Good Ground Great Beyond. “This really is a community vision. It’s not a business vision that I have,” she said.

She would train a group of volunteers to carry out the cremations, and hopes to bring a few people from the Crestone pyre to assist.

She said that some people have expressed concerns about odor and environmental impact. She said that Crestone has not received odor complaints, and the scented wood masks unpleasant smells.

One of Good Ground Great Beyond’s board members, Amanda Devine, is a regional steward manager at Maine Coast Heritage Trust. On the website, Devine says that “green burial and open air cremation are both more compassionate and sustainable ways to return our substance to the soup from which other life may arise, and offer more mindful, present ways to say goodbye to our loved ones.”

Open-air cremation is not currently legal in Maine. After talking with Lutzenberger, state Sen. Eloise Vitelli, D-Arrowsic, introduced L.D. 1074, “An Act To Permit the Conduct of Open Air Cremation at Designated Scattering Sites.”

A public hearing will take place before the Legislature’s Health and Human Services Committee on Thursday, April 8.

“The constituent who brought this to me is engaged in supporting people through end of life; this idea is a continuation of that compassionate posture,” Vitelli said. “It is a practice new to our culture but is one that happens in other parts of the world.”

“In a year where over half a million families have experienced the death of a loved one from COVID-19, we don’t talk about death and the way we choose to honor the dead,” Hepler said. “In the conversations I’ve had, people tell me that they ought to be able to plan their own funeral, ideally made with the collaboration of their family or friends.”

Hepler said that she does not expect open-air cremation to become widely used, but thinks people welcome the chance to consider another funeral option.

Hepler said that even if the bill passes, municipalities may have their own ordinances or codes that restrict the practice.

If the bill passes, Lutzenberger will bring her plans for the property to the Dresden Planning Board.