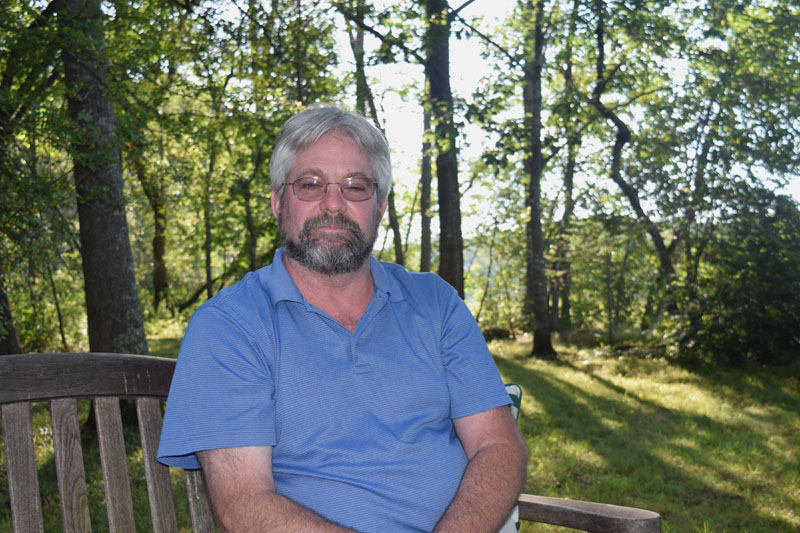 State Rep. Jeffrey Pierce, R-Dresden, hopes to continue to bring his “workingman’s perspective to the State House with a third consecutive term in House District 53.

Pierce faces a challenge from Allison Hepler, D-Woolwich, in the November election.

Pierce has chaired the Dresden Planning Board for about 20 years and has been a member of the Dresden Budget Review Committee for three years.

Pierce was born in Augusta and graduated from Cony High School. He lived in a few towns in Maine before settling in Dresden in 1998.

In the Legislature, he sits on the Environment and Natural Resources Committee.

He is the ranking minority member of the Government Oversight Committee, the only legislative committee that can issue warrants and subpoenas.

Outside the Legislature, he has owned Jeff Pierce Restorations and Renovations for about 34 years, after apprenticing with a housewright and a few builders when he was younger. He has expertise in several fields, including building, contracting, carpentry, and masonry, and he is also a Realtor.

He lives with his wife of 29 years, Ann Pierce, and has two adult sons, Benjamin and Zachrey Pierce. His hobbies include fishing and hunting. He belongs to the local Masonic lodge and is the founder and executive director of the Alewife Harvesters of Maine.

“I’m running for re-election because I believe in what we’ve done,” Pierce said. “I think I’ve done a good job with bringing a workingman’s perspective to the office.”

Pierce listed a few of his recent legislative accomplishments.

In 2017, he received an award for his work to pass a law phasing out toxic flame-retardant chemicals from residential upholstered furniture sold in Maine.

He received the American Legion Legislator of the Year Award in 2016 for his work with veterans, such as helping to exempt military pensions from the state income tax.

Pierce said he helped to revamp the lobster licensing waitlist, which helped “traditional families” because it cleared people on the waitlist who are dead or do not live in Maine.

According to Pierce, the most important issue in the district is high property taxes.

Pierce thinks the Legislature should review the state’s funding formula for schools every two to three years because of changes in student enrollment and the economy.

As many people older than 65 pay property taxes, but do not have students in school, Pierce said it would be good to consider “slowing down” or “freezing” taxes once a person hits that age.

“There’s going to have to be a lot of work that goes into that, but that would be a great accomplishment, and that’s a goal to try to get done,” he said.

In his second term, Pierce said he was able get roads paved in his district, and he hopes to continue this.

Pierce explained his views on major statewide issues like the opioid crisis, minimum wage, workforce issues, and referendum questions placed on the ballot by citizen’s initiatives.

For the opioid crisis, Pierce supports a “three-legged stool” approach with prevention, education, and punishment.

He thinks education must be brought back into the schools, with local, county, and state police departments educating students about the dangers of opioids. Pierce said education and prevention might need to start at lower grade levels.

“We failed as a Legislature to act on making penalties stiff for people who are drug dealers,” Pierce said.

Pierce does not agree with the ongoing minimum wage increases. The wage will rise to $11 in January 2019 and $12 in January 2020. Instead, he suggested that a quarter increase would be sufficient.

He said the increase puts more pressure on employers, who not only pay for the wage increase, but for corresponding increases in payroll taxes and workers’ compensation.

To prevent a worsening of the current labor shortage, Pierce thinks the Legislature should look to Maine’s tax rates. He said the Legislature could lower taxes with a four-year plan or do more research about states like Florida that don’t have an income tax.

Pierce used this year’s Question 1 as an example of what he says are problems with the citizen’s initiative process.

If approved, Question 1 would provide universal home care for senior citizens and people with disabilities, which the state would pay for with a 3.8 percent tax on individual and family income above $128,400.

Pierce said the question didn’t originate in Maine, and outside organizations are getting questions on the ballot.

Pierce said the citizen’s initiative process “is an important thing to have when the government is treating (its people) poorly.” However, he thinks it’s time for the Legislature to look at the process and hold public hearings to inform citizens and see if they want to keep it the same or change it.

“I hope people have thought I’ve done a good job and re-elect me,” Pierce said.