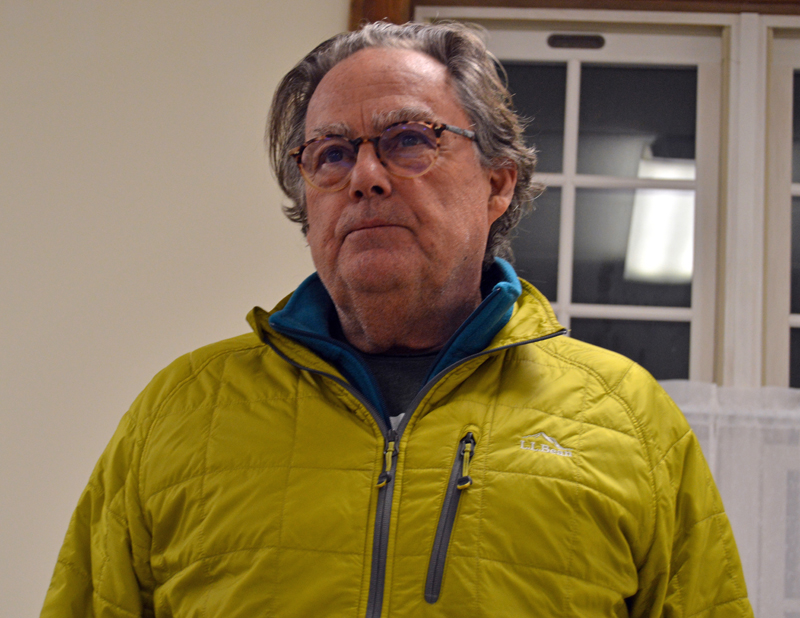 A Dresden resident is proposing a refurbishing of the old town hall on Middle Road as a center for the community.

Walter Loeman, a restaurant owner and chef for many years, brought the proposal to the Dresden Board of Selectmen on Monday, Jan. 22. “I have some interest in revitalizing it,” he said. “I’m not looking for the town to do anything.”

The only current use of the building is for meetings of the local Sno-Valley Riders snowmobile club. In the past, the town has used it for annual meetings and other functions. At one time, the building housed the local grange.

Loeman said the building could receive some new life.

“I’ve taken it to (Coastal Enterprises Inc.) and they’re very interested,” Loeman said. “I plan to do due diligence.”

Second Selectman Dwight Keene said, “We wholeheartedly welcome any group that is for preservation of it.”

Before the selectmen make a decision on his vision for the building, First Selectman Dale Hinote said Loeman should present a formal written proposal for consideration. He said the board has looked at prospects for grants to aid a restoration project.

Hinote recommended that Loeman consult with former First Selectman John Ottum and Eleanor Everson, both strong proponents of preserving the old town hall and seeing it once again become a useful place for the whole community. Ottum has some good ideas concerning improvements, Hinote said.

Third Selectman Allan Moeller said the building has no bathroom facilities or plumbing.

Parking poses a problem as well, since there is virtually no parking area. Vehicles have to park along the road. The selectmen said that makes it a dangerous spot and suggested a land purchase to provide space for parking in the future.

Leoman’s ideas for the building include a kitchen, which he would like to use to teach young people how to cook. 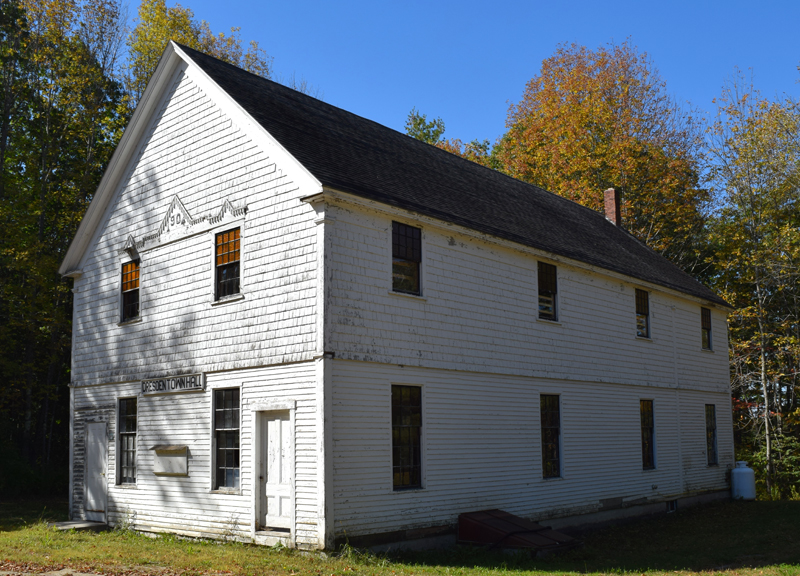 In other business, the board approved a request from Boston College researchers to set up a temporary portable seismic station in the town office or another appropriate location in town.

The selectmen considered the basement of the town office a good place, since the town hardly uses it. The request came in the wake of an earthquake with its epicenter in Dresden the night of Wednesday, Jan. 17. The quake measured 2.6 on the Richter scale and was followed by two aftershocks.

Hinote said he has three local citizens ready to join a new marijuana study committee. He recommended Ottum; Ryan LaRochelle, who holds a doctorate from Brandeis University; and Nancy Silverman, a University of Maine student.

Selectmen spent some time during the 45-minute meeting Monday discussing an issue concerning records in the town office basement that date as far back as 200 years. Ten years ago, the basement flooded and officials dried out the papers and placed them in plastic containers.

In light of the 10-year period since sealing them in plastic, selectmen would like to have them examined. The board decided to appoint a committee to handle the historic records issue, including Everson, of the Dresden Historical Society, and Jay Robbins, former head of the Lincoln County Historical Association, who oversees the care of the historic Pownalborough Courthouse.

The board adjourned for 15 minutes until a special town meeting at 7 p.m. (See “Dresden votes to pay Gardiner for residents’ unpaid ambulance bills” in this edition.) The selectmen’s next meeting will be held Monday, Feb. 5.