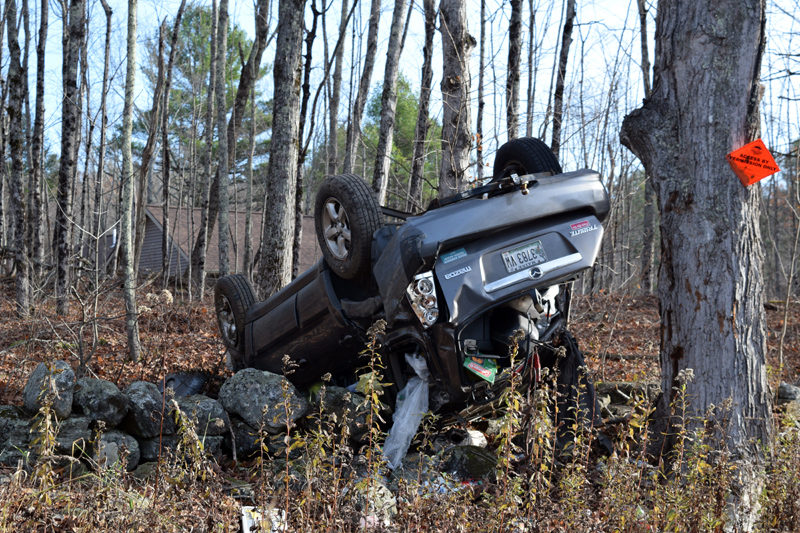 A 2006 Mazda Tribute lies on its roof on a stone wall in Dresden on Monday, Nov. 4. The driver and passenger were treated and released at Maine Medical Center in Portland, according to the hospital. (Jessica Clifford photo)

Two men were treated and released at Maine Medical Center in Portland after a rollover on Middle Road in Dresden the afternoon of Monday, Nov. 4.

Dana L. Kilcrease, 60, of Augusta, was driving a 2006 Mazda Tribute west with John Warner, 30, of Dresden, as a passenger, when he lost control on a corner, according to Lincoln County Sheriff’s Deputy Chad Gilbert. The vehicle rolled over and landed on its roof on a rock wall.

According to LCSO Lt. Brendan Kane, Kilcrease suffered a neck injury. Warner complained of back pain. 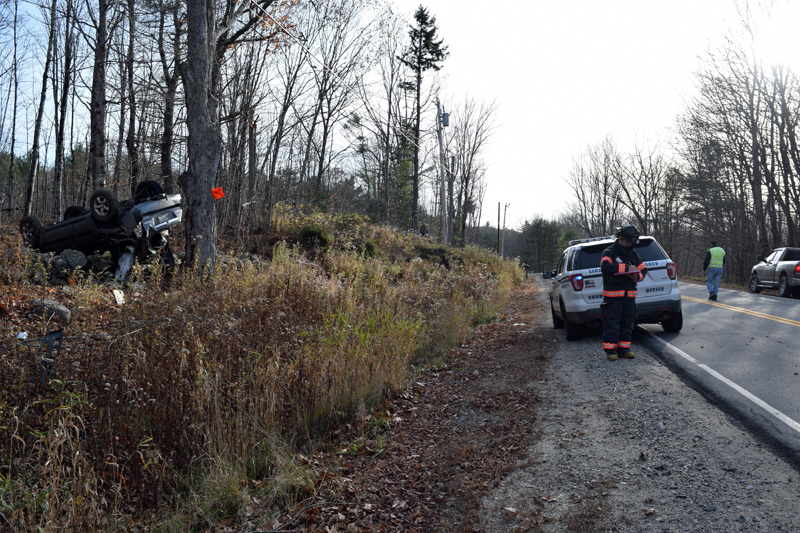 Emergency personnel respond to a rollover on Middle Road in Dresden on Monday, Nov. 4. The vehicle is at rest on a stone wall at left. (Jessica Clifford photo)

The Wiscasset Ambulance Service brought the patients to the Portland hospital. LifeFlight had been dispatched to fly them to Portland, but was canceled, Kane said.

A hospital spokesperson said they were treated and released.

The crash is under investigation.