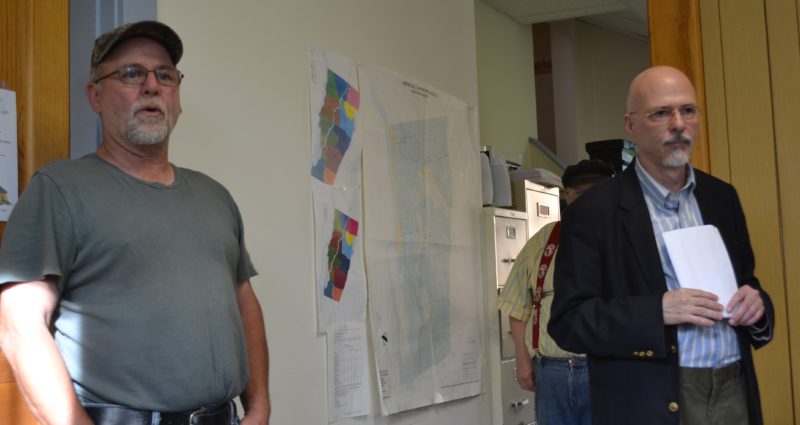 There was only one application for each position, selectmen said. Selectmen are still accepting applications for the position of emergency management agency director, currently held by Sonia Lilly.

The board will accept applications until Thursday, June 22 and make an announcement at the regularly scheduled board of selectmen’s meeting Monday, June 26 at the Pownalborough Hall, Third Selectman Allan Moeller said.

The selectmen did not make a recommendation for EMA director at the same time as the other positions because “we need some applications to look at,” Moeller said.

Since the Dresden Fire Department became a municipal department, the board of selectmen has appointed the chief, assistant chief, and “any unfilled position in conjunction with the Dresden Fire Chief,” according to the warrant article voters consider at each annual town meeting that authorizes selectmen to make the annual appointments.

The selectmen’s nominations for chief and assistant chief have never deviated from the Dresden Volunteer Fire Association’s nominations, which were for Lilly and Theriault.

The request for applications for the positions took members of the association by surprise. However, voters overwhelmingly approved the warrant article authorizing selectmen to appoint the fire chief and assistant chief at the annual town meeting Saturday, June 17 without discussion.