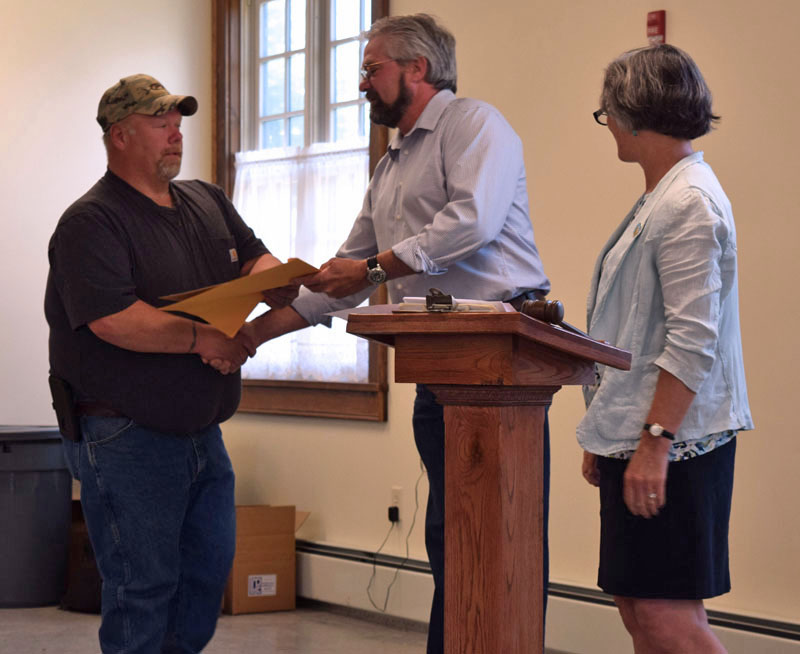 Dresden voters amended seven articles during annual town meeting Saturday, June 16, including an amendment to ensure the selectmen consult the fire department before they appoint its officers.

The voters approved all 37 articles on the warrant, including the seven amended articles.

Article 8 generated the most discussion during the town meeting. The article authorized the Dresden Board of Selectmen to appoint the town’s fire chief and assistant fire chief.

In past years, the article’s language said the selectmen would “take into consideration the recommendation of the fire association.” This year’s article did not include that language.

Residents expressed concern about the change, but Second Selectman Dwight Keene said the board would still take the fire department’s recommendation into consideration.

Before the first vote on the article, resident Gary Blau asked if the town would be without a fire chief and assistant chief if the article did not pass.

Third Selectman Allan Moeller said another town meeting would have to occur before the officers’ terms end June 30.

Firefighter Brendan Parker proposed an amendment to add the language “take into consideration the recommendation of the fire association” back into the article. The amendment and the amended article were approved with near-unanimous votes. 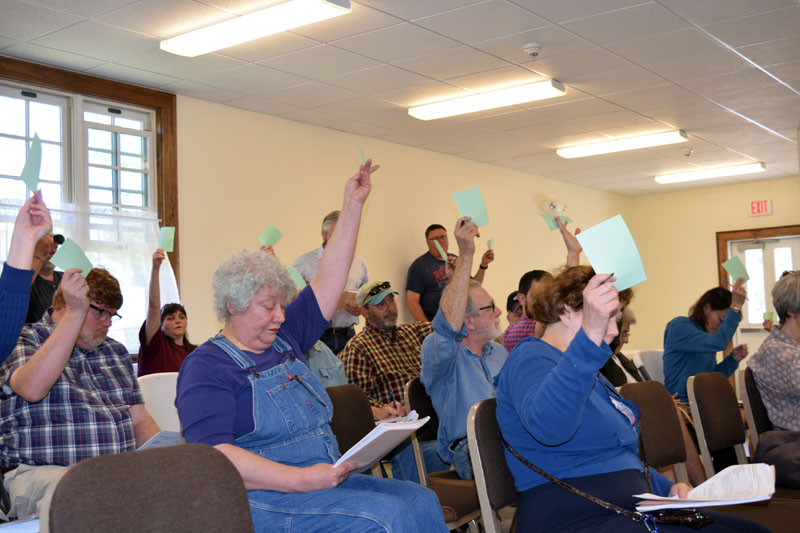 Moeller said the article allows the town to spend up to $30,000, but does not mean it will spend that much.

Dresden Administrative Assistant Michael Henderson said the town has a pending insurance claim for the generator. However, if the claim is not approved, the town wants to make sure it has sufficient funds to cover the cost of a new generator.

Resident Henry Lyons made a motion to vote on articles 24-27 as a group. Voters approved the motion.

State Rep. Jeffrey Pierce, of Dresden, made a motion to amend the articles to direct the selectmen to draft an ordinance and bring it to a future town meeting for a vote. Voters approved the amendment.

Before the vote on the articles, resident Heather Beasley asked if there was a date for a town meeting on the ordinance.

Moeller said the board would continue working with the Dresden Marijuana Business Committee and would have public hearings.

“Is it going to be done in the next month?” Moeller said. “No. We’ve got a lot on our plates.”

Pierce brought up two points as a state representative.

“The marijuana laws have passed in the state of Maine and they will be enacted in July; however, the rules have not been written or promulgated, so there are no rules in place for any of this stuff and they probably won’t be done until the end of November,” Pierce said.

He said the town had passed a moratorium on marijuana businesses and facilities until the state completes the rule-making process.

A question arose for Article 34 as well. This article authorizes the board to sell property or retain property for which tax liens have expired.

A resident asked how the townspeople would know a property is for sale. 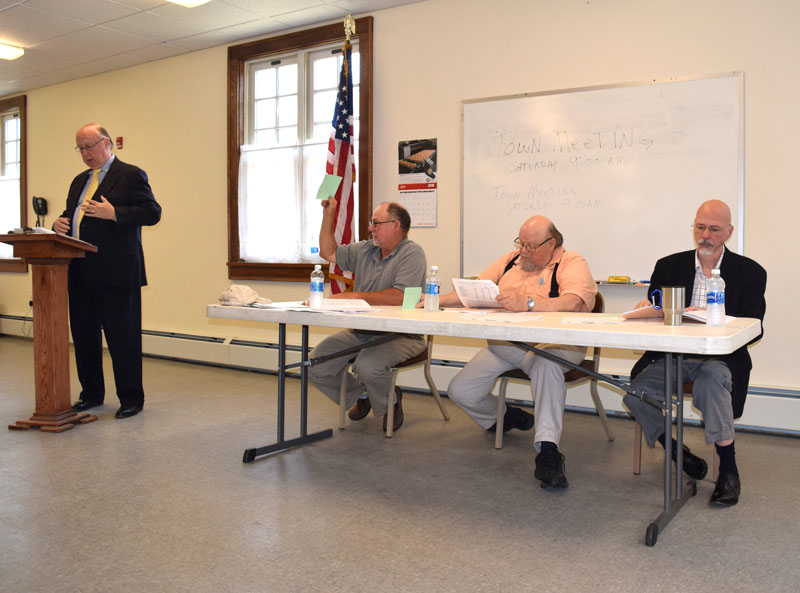 Melanie Gaczi, a resident and the town’s swap shop coordinator, said the town should post the information at town facilities and on the town website, as well as in the Dresden Communicator newsletter.

Residents suggested that the article be amended to state this, but Moeller said it did not need to be amended. He said the board would make sure the availability of properties is well-publicized in the future.

There were also concerns about Article 35, which states that the board could conduct negotiations with a property owner for the purchase of any property if they see it is in the town’s best interest to own.

Residents feared this article meant the board could take property through eminent domain; however, Moeller said the board could not take any land unless it has good cause. Instead, the article allows the board to negotiate with landowners, then residents would vote in a public meeting to see if the town should purchase the land.

After an amendment to clarify property owners must “voluntarily sell” the land to the town was defeated, residents approved the original article.

While these articles were discussed, no one mentioned a major decrease listed in Article 6, for the town’s protection accounts. This article stated ambulance service would have a budget of $8,500, a decrease of $42,120.08 or 83.21 percent.

Amendments to Articles 20 and 36 were based mostly on incorrect wording in the articles.

The moderator of the town meeting was Robert Lenna.

Before the town meeting began, Pierce and state Sen. Eloise Vitelli gave Dresden Fire and Rescue the Spirit of America Award on behalf of the Maine State Legislature. According to the Spirit of America Foundation’s website, the award is presented to “local individuals, organizations, or projects for commendable community service.” Fire Chief Steven Lilly accepted the award.

“People had some concerns, but I hope we all answered their concerns,” Moeller said of the meeting. “But, overall, I think it went well.”