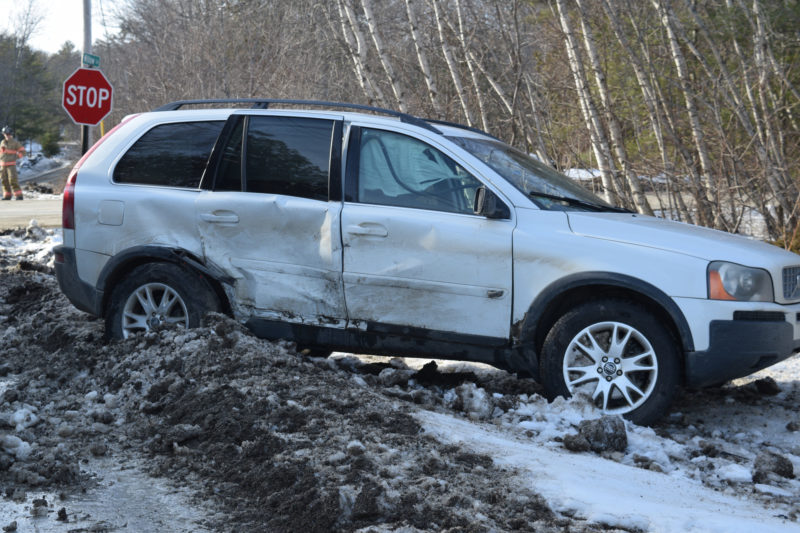 Markos Mavrogiannis’ 2005 Volvo wagon sustained significant damage after he ran a stop sign at a Wiscasset intersection on the afternoon of Wednesday, Feb. 12. (Jessica Clifford photo)

A Wiscasset man was taken to the hospital after another driver ran a stop sign and struck his vehicle at a four-way intersection in Wiscasset on Wednesday, Feb. 12.

Mavrogiannis did not stop at the stop sign and the front of the King vehicle struck the side of the Mavrogiannis vehicle, according to Hesseltine. The crash was reported at 2:10 p.m.

Mavrogiannis was summonsed for failure to stop at a stop sign, Hesseltine said. 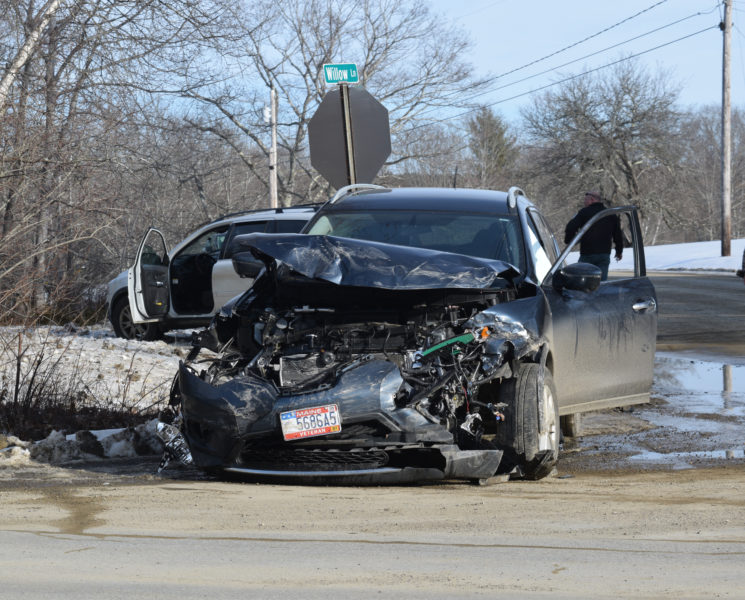 A 2016 Nissan Rogue is totaled after being hit by another car when its driver failed to stop at a stop sign at a Wiscasset intersection on the afternoon of Wednesday, Feb. 12. (Jessica Clifford photo)

King was taken to Mid Coast Hospital in Brunswick, Hesseltine said. He did not know the nature of King’s injuries.

Mavrogiannis had three puppies in his vehicle, which he had bought prior to the crash. Neither Mavrogiannis nor his puppies were hurt.

By the reporter’s observation, the King vehicle was totaled and there was significant damage to one side of Mavrogiannis’ vehicle.

There have been four crashes at the intersection since Hesseltine started as police chief in September 2018, he said.