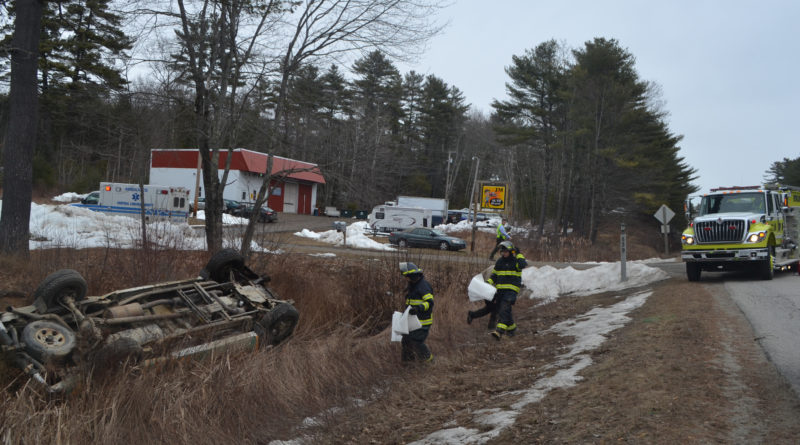 A driver was transported to LincolnHealth’s Miles Campus after falling asleep and flipping his vehicle on Route 1 in Newcastle the afternoon of Friday, March 31.

Joshua Williams, 22, of Sebago, was driving a truck for Marston’s Tree Service, of Naples, south on Route 1 near Mike’s Place when the accident occurred, according to Lincoln County Sheriff’s Office Detective Jared Mitkus.

Williams told Mitkus he fell asleep while driving. The truck drifted off the road on the southbound side, where it struck a driveway and went airborne. The front of the truck hit the ditch and the vehicle flipped, coming to a rest on its roof facing north.

Williams had facial lacerations and was transported by Central Lincoln County Ambulance Service to LincolnHealth’s Miles Campus to be checked out, Mitkus said.

The accident is under investigation, Mitkus said.