Two separate accidents in Damariscotta the afternoon of Monday, July 31 were caused by drivers’ failure to yield, according to the Damariscotta Police Department. 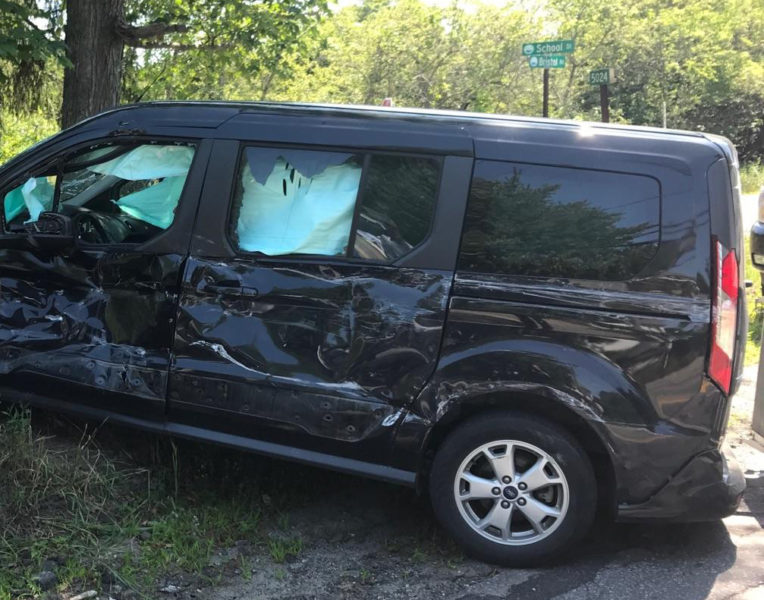 Moss attempted to turn left onto Bristol Road when he drove into the path of a delivery truck driven by Alexander Sousy, 30, of South China. Sousy was headed north on Bristol Road, according to Halpin.

Both Moss and Sousy were wearing their seat belts at the time of the accident. The airbags in the Ford Transit deployed, Halpin said.

Traffic needed to be stopped as the Damariscotta Fire Department extricated Moss from the van. Central Lincoln County Ambulance Service transported Moss to LincolnHealth’s Miles Campus in Damariscotta for reported chest pain, Halpin said. Sousy did not report having any injuries. 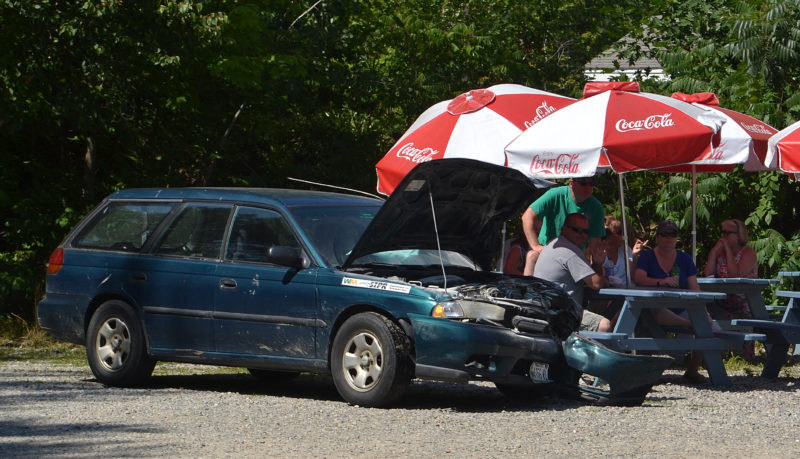 The Subaru Legacy involved in a two-vehicle accident in front of Larson’s Lunch Box at 430 Main St. in Damariscotta the afternoon of Monday, July 31. (Maia Zewert photo)

The second accident took place in front of Larson’s Lunch Box, located at 430 Main St., shortly before 3 p.m. Raymond Haleluk, 66, of Nova Scotia, was driving a 2016 Toyota Tacoma out of the Larson’s Lunch Box parking lot when he failed to yield to a Subaru Legacy driven by Christopher Martin, 27, of Bremen, according to Halpin.

Almost immediately following the collision, flames originated from the engine compartment of the Subaru, according to Damariscotta Fire Chief John Roberts. Firefighters were able to quickly extinguish the flames.

CLC Ambulance Service responded to the accident; however, neither driver reported having any injuries. Both Haleluk and Martin were wearing seat belts, and the airbags in both vehicles deployed.

Both vehicles needed to be towed from the scene, and traffic was stopped in both directions on Main Street, Halpin said.

Halpin credited the swift response of the Damariscotta Fire Department in both accidents for extricating Moss and extinguishing the car fire.