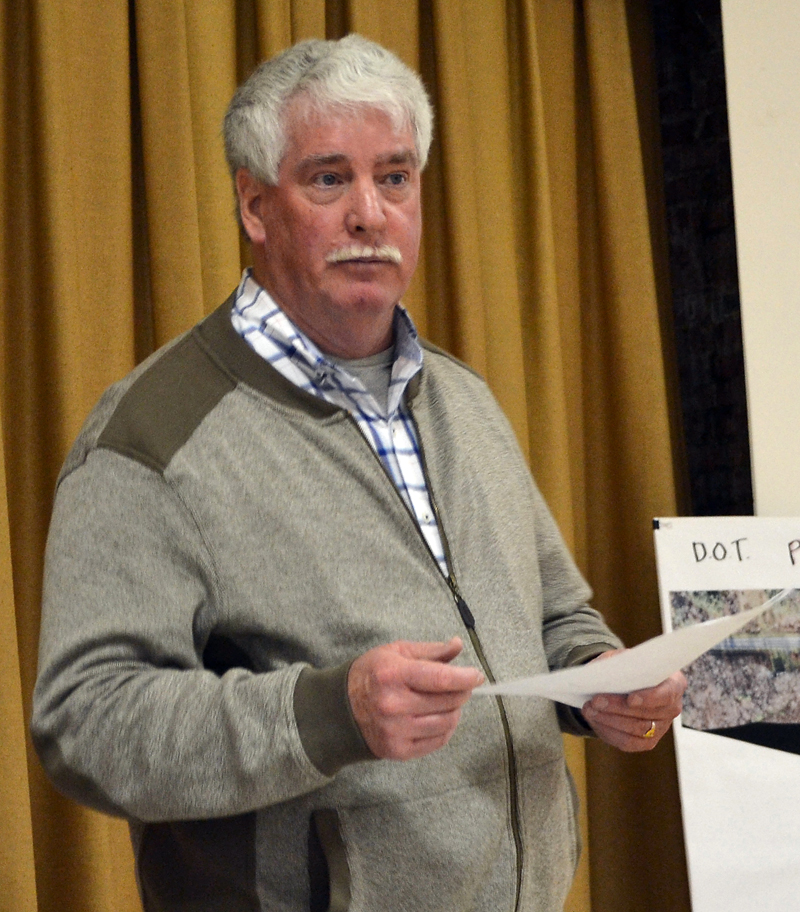 An expected cost increase for ambulance service, improvements to the town hall, and raises for town officials are among the budget items Edgecomb voters will consider during the annual town meeting in May.

Edgecomb residents heard about the town’s proposed 2018-2019 budget  during a forum at the town hall the evening of Monday, April 2.

The general government budget, which includes the town’s expenses and compensation for town officials, totals $154,697, an increase of $14,214 or 10.12 percent.

The budget committee is recommending increasing the stipends for the selectmen, school committee members, and the planning board as a symbolic gesture for the work they do, Brennan said. Edgecomb “cannot pay our selectmen enough for what they do,” he said.

The public safety budget, which includes funding for the Edgecomb Fire Department, emergency management, and contracted ambulance service totals $141,480, an increase of $24,713 or 21.6 percent.

The hike is attributed to uncertainty surrounding the town’s agreement with Wiscasset Ambulance Service. Both Edgecomb and Westport Island are in one-year contracts with Wiscasset at a cost of $3,000 per year.

After months of hearing a rate increase was likely, Selectman Ted Hugger said during the April 5 hearing that the cost of the contract will increase to $6,500.

In addition, Wiscasset wants the towns it serves to cover the unpaid debts of their residents. Edgecomb’s annual unpaid debts are estimated to be $15,000, Hugger said.

Central Lincoln County Ambulance Service has also put together a price quote for the town that “might be a bit more reasonable,” Hugger said. However, other factors, including response time, would need to be taken into consideration before Edgecomb makes a decision, he said.

The selectmen plan to oversee major updates and improvements at the town hall in the upcoming year, including the replacement of the building’s roof, Selectman Mike Smith said. The board also hopes to install a cement ramp at the entrance that is compliant with the Americans with Disabilities Act, as well as security cameras facing the parking lot.

The budget committee estimates the county tax assessment will be $302,257, an increase of $8,803 or 3 percent from the previous year.

However, due to the use of state subsidy for education, surplus, and various other non-property tax revenue sources, the amount to be raised through property taxes is $3,550,917, an increase of $107,097 or 3.11 percent.

The budget does not include a proposal from the Edgecomb Fire Department for a new fire truck, which selectmen plan to include as a separate warrant article for residents to vote on at the town meeting.

The department hopes to purchase a “fast-attack” vehicle, which would be the first vehicle firefighters take to any call, whether a car accident, fire, or medical call. The vehicle is estimated to cost $247,670, which could be paid over a five-year period, according to Edgecomb Fire Chief Roy Potter.

The new vehicle would replace the department’s mini-pumper and current rescue, both of which are more than 30 years old and are running up maintenance costs. Emergency Management Director Bill Witzell called the vehicles “unsafe” and said one had stalled on him twice on the way to a call.

“How long are we going to play roulette with our firefighters’ safety?” Witzell said.

The firefighters plan to hold an informational session about the proposed truck purchase in the near future.